A collaboration featuring 14 video game publishers/developers in North America and Japan, New Game+ Expo will host a digital presentation on June 23. It will features dozens of games, including new title announcements and live gameplay demos. Tuna in via Twitch on June 23 at 11:00 a.m. EDT (June 24 at 1:00 AEST) for the main presentation, followed by first looks and question-and-answer sessions. Everything will later be archived on the group’s YouTube channel. 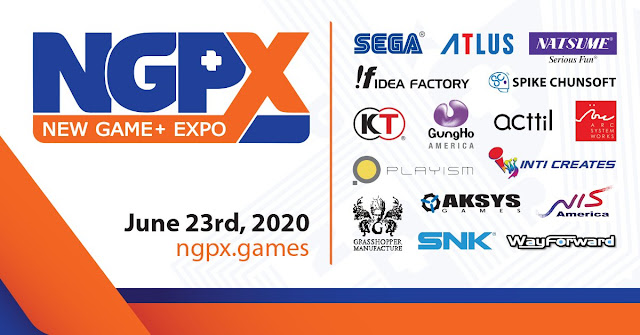 Adam Johnson, the Producer of New Game+ Expo, states, “New Game+ Expo is a grassroots coalition of publishers and developers. Organizing together for the first time, we hope fans have fun as we take a look at the combined upcoming lineup of games for 2020 and beyond!” Goichi Suda, more commonly known as Suda 51, CEO of Grasshopper Manufacture, stays, “As a gamer myself, I’m incredibly excited to see what will be on display. We must never doubt the power that video games bring to gamers offering us vitality and energy for tomorrow. Let’s get charged up while staying at home!”

When The Past Was Around is a hand-drawn point-and-click adventure title from Toge Productions (Coffee Talk) and Mojiken Studio (She And The Light Bearer). It’s already been announced for PC via Steam, but now we also know that Chorus Worldwide will be publishing the title for PlayStation 4, Nintendo Switch, and Xbox One. All versions should launch this (Northern) summer. 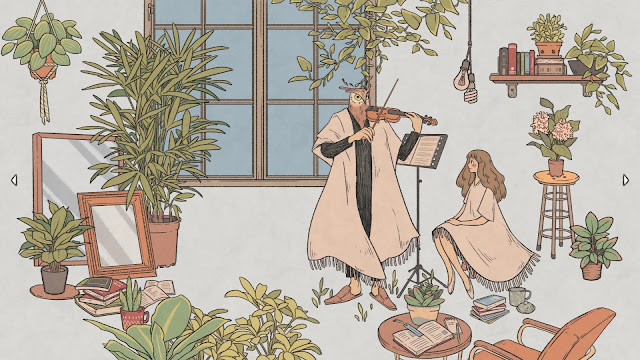 Follow Edda, a young woman who is lost in her journeys to achieve her dreams and find love. She then meets Owl, a man that can help her find the spark but will also teach her of heartbreak. The surreal world consists of disjointed rooms from different times and memories.

Edda will need to gather clues, solve puzzles, and unlock doors to find her way by unravelling the secrets between her and Owl as well as the secrets of her past. Many of the puzzles feature mundane daily tasks, such as doing laundry or drinking tea. Violin music will accompany her journey.

Super Lucky’s Tail, a platformer, originally launched on PC and Xbox One in November of 2017. A “rebuilt and expanded” version featuring new levels and expanded story called New Super Lucky’s Tale was released last year for Nintendo Switch, and that title is now making its way to PlayStation 4 and Xbox One, likely sometime in June or July. 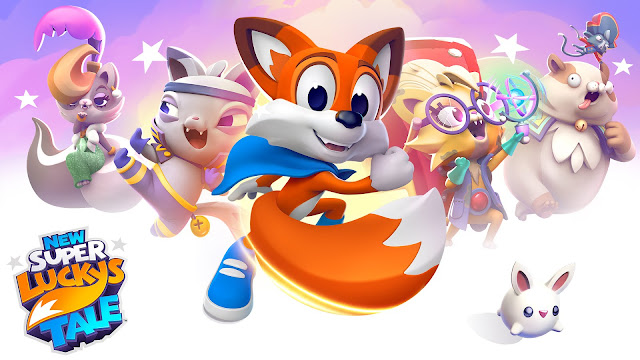 The game follows Lucky on his journey through the Book of Ages. The Book of Ages is a magical artifact, opening doors to various worlds. Lucky will jump, burrow, and tail swipe his way to discover its missing pages. But he’ll have to go around his nemesis, Jinx, and his villainous family called the Kitty Litter.

Moonlighter’s DLC titled Between Dimensions launched on PC nearly a year ago, and is now set to bring the expanded world to console players. The DLC will be available for PlayStation 4, Nintendo Switch, and Xbox One versions of the game on May 29.

To access the content from Between Dimensions, players will have needed to finish the main game. The DLC brings new story, as players learn that serenity didn’t last ling in Rynoka. A mysterious, cryptic portal has appeared, and the villagers are abuzz about it. But where there are monsters, there is loot, so into the new dimension we should go!

New features, aside from the new dungeon, include 10 new enemies, five mini-bosses, a full set of weapons, a new set of armour, new rings, a new shop upgrade, new customers, and new story/lore. Even if you don’t purchase the new content, a few new tidbits will be available to everyone: new thieves to invade your shop, a new client, and a bothersome bird.