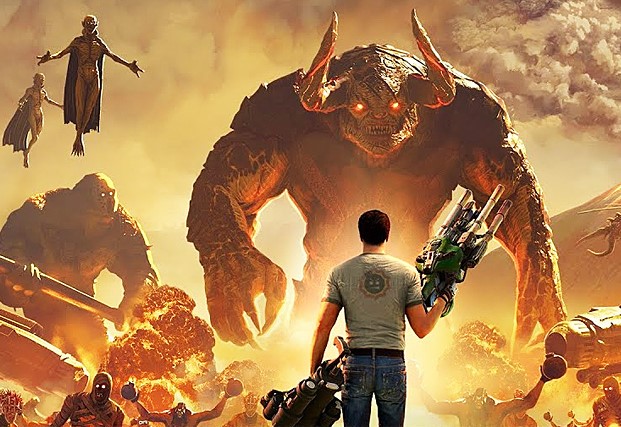 It’s been a while coming. Serious Sam 4 was announced way (way) back in 2018, and it’s been a bit quiet on that game’s front ever since. I’m a bit of a fan of Serious Sam – it’s self-aware, and knows how utterly juvenile the shooter genre is (particularly the Doom-likes), so I’ve been keen to check that one out. Finally, we have a release window – August of this year for PC on Steam and Google Stadia. 2021 for the consoles that actually count.

Related reading: For a Serious Sam experience that isn’t a shooter, check out The Random Encounter. Our review from way back in 2011!

The developer also shared a trailer, which is more about setting the scene than showing off gameplay, but it does have a good spirit to it. Some details of the game were shared as well: 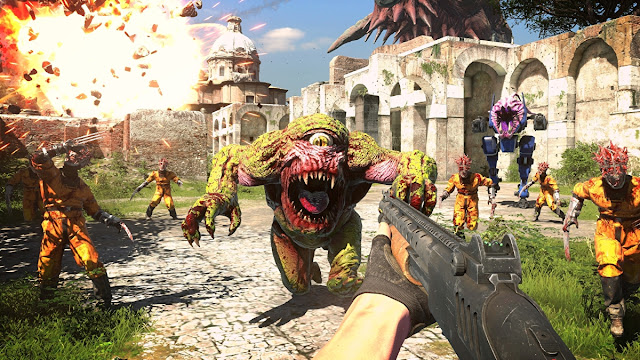 Armed with a slew of devastating weapons, pick your tool for any situation. Lay waste to Mental’s hordes using the powerful double-barreled shotgun, the punishing minigun, the powerful chainsaw launcher, a brand new auto shotgun, and the iconic cannon. Upgrade your toys, and enjoy the violent beauty of the lock-on rocket launcher, and the mighty laser beam of death.

Smash through the action-packed campaign with friends in 4-player online co-op mode! Tackle exciting primary missions and thrilling side quests in modified difficulties for an extra challenge.

Serious Sam 4 unleashes some of the biggest moments in the series’ history with the new Legion System and battlefields teeming with thousands of enemies!

I’m very much looking forward to seeing more of this play out in the lead up to release.