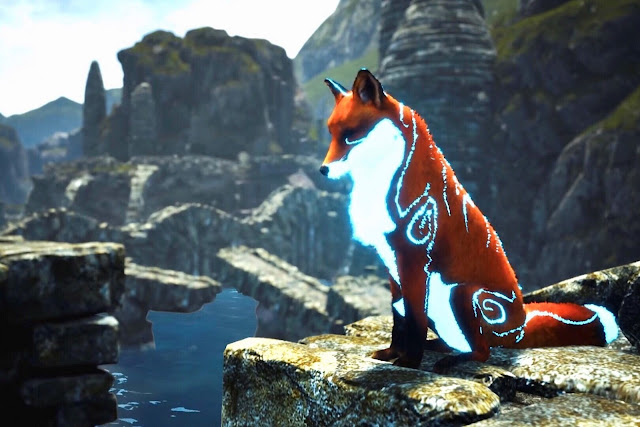 I love foxes. They’re smart, fluffy, and noble animals, like wolves but more petite and less terrifying if you happen to just come across one (yes I know that wolves aren’t actually the dangerous monsters that popular culture likes to depict them as, but they are still much more powerful animals than the shy fox). People who participate in those vile fox hunts need to be rounded up and made the subject of a hunt themselves… but we’re not here to talk about that. We’re talking about Spirit of the North. A game in which you play as a fox.

Spirit of the North wears its inspiration on its sleeve. It wants to be a Journey-like artistic experience, designed to lift your soul and simultaneously give you something to reflect on. In this case, it wants you to reflect on the cultural implications of the Nordic storytelling traditions that it explores. There’s not a word of dialogue in Spirit of the North, but it has a strong narrative context, and by going into it with an interpretative and inquisitive mind, it does seem to have real cultural value. If nothing else, my knowledge on Nordic storytelling traditions is sadly inadequate and this game reminded me that I probably should remedy that at some stage.

The game is also truly gorgeous, even on Nintendo Switch where things have clearly been cut down substantially to work on the more humble hardware. It’s the moments where you come across a new area, to see expanses of land, water, snow, greenery, and whatever else that Spirit of the North really hits home. This game is not open (it’s deceptively linear and limited), but then, Journey was the same. Part of the magic of both of these games is that they always feels expansive, and that you’re very much a part of a world of wonders. 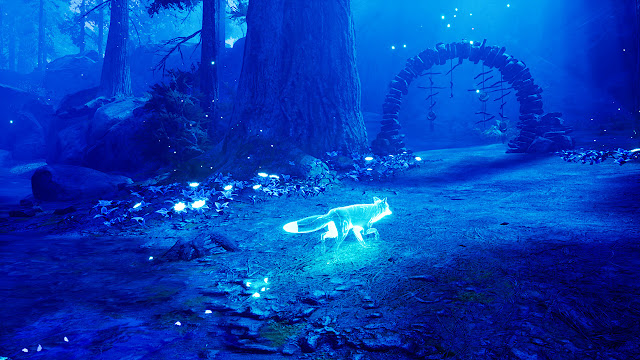 Unfortunately Spirit of the North is not Journey. That in itself isn’t a slight against it – after all, there aren’t many games that are Journey. In fact, there’s one. It’s Journey. The problem is that because Spirit of the North is so slavishly devoted to trying to be Journey, it misses out on the opportunity to develop its own personality, and ultimately this hurts the game. I really struggled to finish this one because I couldn’t help but think that if I wanted this kind of game, I could just play Journey again.

Spirit of the North’s greatest struggles occur when it tries to play like Journey. Each puzzle is an arbitrary mess, where forward progression through the world grinds to a halt while you run around looking to fulfill the conditions that will bring down the wall blocking your way, and far too often that is an obvious, arbitrary wall that just disappears once the puzzle is solved. They’re not difficult puzzles by any means, but their presence becomes a grinding reminder that Spirit of the North really is a just a game rather than a more potent work of art. If there was anything that the developers needed to do in their efforts to copy Journey, it was to understand the seamless way that game’s puzzles were integrated into the overall experience. You think back to Journey and all you think about is the forward progress. The puzzles were there, yes, but they were so subtly woven through there was never the jarring reminder that “yes, you’re playing a game” every time they popped up.

Spirit of the North also has an aggravating collectibles system. Scattered around the world are staves that you need to collect and then bring to the bones of dead people that are also scattered around the world. If you do that, then you send the soul to rest. The problem with this system is that it actually forces you to backtrack at times, and take diversions that, again, stop the forward momentum through the game. There’s also a blend of essential and optional staves to collect, but which is which isn’t overly clear, and the end effect of that is that you’ll be doing your best to find them all, just so you don’t miss out on the essential ones and need to backtrack vast distances to find them. I’m not sure on the value of the developers doing this. Did they want to encourage replay value with the optional staves? Or convince players to slow their pace through the game to pad it out by making some of them necessary? Either way (or both ways), it’s disruptive and doesn’t add anything to what Spirit of the North does well. 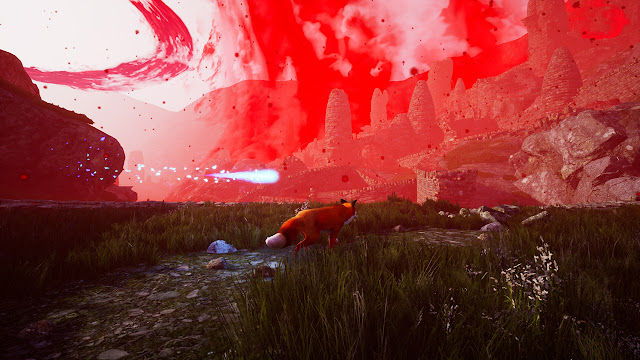 When it’s not trying too hard be a game, Spirit of the North really is delightful. Moments of awkwardness around the controls aside (I did miss one too many jumps for the game’s own good, though it wasn’t anything to have me want to give up), everything about Spirit of the North does encourage you to play like a nimble fox, no matter whether you’re leaping through the snow, sliding down giant ice slides, or elegantly paddling through water. As the game transitions from the wintery cold to wastelands and, eventually, a forest, the developers do keep finding ways to let the fox be a fox, and that’s a delight too. The moments where the fox is idle is filled with personality, and it’s in simply controlling the little furry fellow that the game finds its greatest joy. It’s unfortunate that the developers didn’t have more confidence in all the stuff that Spirit of the North does well and ended up undermining themselves, because there are moment in there that are pure, uncomplicated serenity, set against a background of a beautiful and heartfelt world.

Spirit of the North almost nails it. From the art to the characterisation, and even the wordless narrative structure, the developers have clearly put a lot of thought and creative energy into this, and it shows. You might want to play on another platform to get the full scope of the vision, because on Switch it is a little limited by the hardware, but even then, Spirit of the North has moments where it soars. It’s just unfortunate that it keeps crashing into walls along the way, as the developers tried to justify the existence of the game by what can only be termed “gameplay bits”, and every time that happens the motor takes a while to get going again. If you can handle the clumsy pacing and arbitrary puzzles and collectibles, though, Spirit of the North really is beautifully earnest in what it is looking to achieve.

Spirit of the North: A beautiful attempt to recapture Journey’s magic