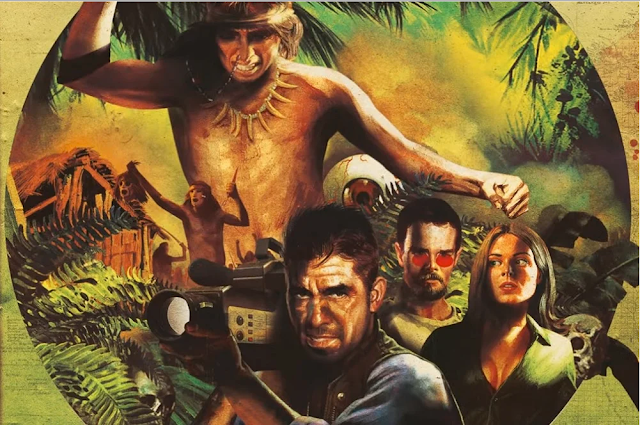 One of the most notorious films ever made, 1980’s Cannibal Holocaust is so extreme that it remains banned in places around the world today. The director of the film, Ruggero Deodato, was even charged with murder thanks to some scenes so graphic that it was suspected of being a snuff film (he was later able to demonstrate that the actors are still alive, and it’s the real scenes of animal torture and sexual violence that keep the film on the banned lists in places).

For all of that it’s also considered a cult classic film and has some very strong socio-political commentary going for it, in the way that it lambastes the exploitative nature of media and the attitudes of the west towards “savage” tribes.

Now Deodato has been tapped to take his vision and apply it to a video game. Fantastico Studio has announced Cannibal, which will be an “interactive horror graphic adventure game,” and a direct sequel to Deodato’s “cannibal film” trilogy, of which Cannibal Holocaust is one.

Now, this is going to be a fascinating game to follow. There is a lot in Cannibal Holocaust (and Deodato’s other two – Jungle Holocaust and Cut and Run) which will simply not fly in video games. And yet, if it’s not extreme, it’s not really true to the property. I suspect the development team’s going to have a difficult time with this one.

Cannibal is coming to everything – PlayStation 4, Xbox One, Nintendo Switch, PC (via Steam) and mobile, in November this year.

Curious Expedition: This is one cracking roguelike