Sony reveals its next controller; colour me skeptical

With a new console launch impending, it makes sense that Sony would update its PlayStation controller from the DualShock 4. Here is the DualSense controller, introduced via the PlayStation Blog. The funny thing is, Sony legitimately brags about the two-tone design being a departure from the usual one-colour look. You know why controllers tend to be one colour? Because otherwise they look as terrbile as this one. If the console looks like this, I’m legitimately out. 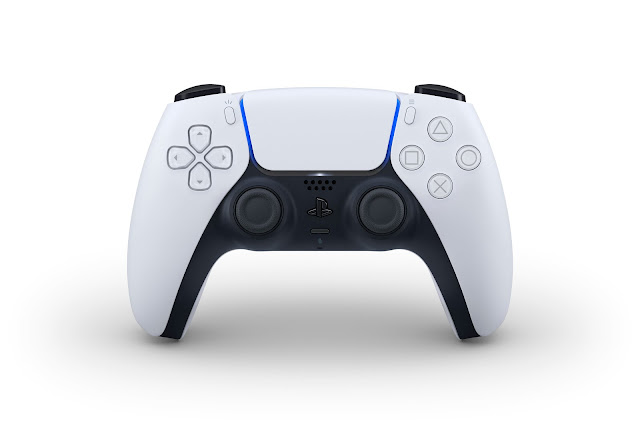 The main goal of the controller is to heighten the feeling of immersion. It features haptic feedback and so-called “adaptive” triggers. The term adaptive is troubling here, as it tends to indicate something the user can mess with to make their experience be what they need it to be; but this “adaptive” means that developers can choose how much tension is felt. Does this mean people with pain are basically screwed, or can this feature be disabled?

The buttons are mostly the same, albeit no longer labelled. The Share button has become the Create button, which I assume will work similarly to the DS4’s respective button. At least, it better, because if capturing screens becomes difficult again (*cough*Xbox*cough*) I may just lose my mind. Clearly, I’m extremely critical of this design from most of the new angles, but we won’t really know how it works until the PlayStation 5 launches later this year.

Wonderscope Games’ Hokko Life looks downright charming, and now Team17 is on board at the upcoming game’s publisher. Via a press release, Robert Tatnell states, “Bringing their experience and expertise on board means Hokko Life can truly become something special, and I simply cannot wait to welcome players to the world of Hokko!” Here’s the introduction trailer, in case you missed it:

In Hokko Life, players step off a train into the town of Hokko, settling into a new home. The current village needs your help to turn it into a charming town. That means it is up to you how buildings look. You can also create furniture, clothing, wallpapers, and flooring via the workshop. You can put your own spin on literally every cartable item in the game. By enlisting the help of the town’s resident builder, you can start expanding its scope and attracting new villagers.

Of course, with all this creation, you’ll need materials. Head out to chop, mine, and dig for resources, then return to town and use them to craft. You’re also able to farm, fish, and catch bugs. Let’s be honest, it seems like a more customisable Animal Crossing – but I am living for it! Hokko Life is currently planned for a PC release.

Originally released for PC via Steam in mid-2019, 2D puzzle platformer EMMA: Lost In Memories is set to launch digitally on PlayStation 4 and PS Vita (yes! Vita!) next month. It will be published by Eastasiasoft, who is also planning a limited 1000-print run physical edition of the title, including the game, a collector’s box, the game manual, an original soundtrack CD, and certificate. Here’s the trailer:

EMMA: Lost In Memories is describes as poetic, surrealistic, and melancholic. It’s set in a dangerous world where walls fade away at your touch. Emma is young and vibrant; she leaves her home to follow an owl and finds herself lost in a world with ever-growing danger. The game is a reflection on memory loss.

Emma will be able to jump, dash, and climb through two game modes, Main Story and Memory Chest. The gameplay mechanics should be simple enough, and fast. The 2D art is entirely hand-drawn.

Glob Games Studio has announced MicroMan, described as an arcade adventure game. The title follows a lab worker who has been shrunk to the size of an ant (wait, I think I’ve seen this movie already). The game will launch for PC via Steam in the second half of 2021, followed by releases for PlayStation 5, Nintendo Switch, and Xbox Series X. It’s interesting that the Switch is the only current-get console that will get the game, but its reasonable considering the launch will be in 2012-2022. Here’s a reveal trailer:

The developer promises MicroMan will offer diverse gameplay, combining elements of action-adventure, arcade, and survival games. The goal is to return the protagonist to his original size, but he’ll have to fight powerful enemies (mainly bugs and small animals), deal with unusual modes of transportation (such as a butterfly), and determine how to overcome obstacles, all while staying in good physical condition.

It is also promised that the game will feature decisions that will directly affect the gameplay. But do they have any impact on the humour-filled narrative? The game is set in an urban jungle, featuring “stylist” audio and visuals.

The director of the notorious Cannibal Holocaust is making a game