A Fold Apart is set to launch this week

Developed by Lightning Rod Games, A Fold Apart is a 3D puzzle game about the struggles of a long distance relationship. It’s set in a rather unique setting: a world made up of folding paper. The title is set to launch on April 17 for Apple Arcade, PC via Steam, and Nintendo Switch. Here’s the launch trailer:

The game is based on a true story: the relationship between Lightning Rod Games’ co-founder and his now-wife. Career choices for the couple apart, but the vow to make it work regardless. Despite frequent communication, sometimes things will go wrong and cause the characters to put up emotional barriers. The goal is to navigate around these hurdles to keep moving forward. Oh, and the characters won’t be limited to one male and one female, as players can choose any gender combination.

Clearly inspired by paper craft and origami, A Fold Apart showcases a completely new gameplay mechanic. There are over 50 unique puzzles to round out the emotional narrative.

Developer Kogado Studio and publisher Degica Games have announced that Yumeutsutsu Re:Master and Yumeutsutsu Re:After will be released digitally for PC via Steam and Nintendo Switch on April 23. If you look up Yumeutsutsu Re:Master on Steam, you’ll notice it is currently available; this version only supports Japanese text, and will be updated to include English and Chinese on the 23rd. PlayStation 4 and PS Vita versions are in the works, but have been delayed indefinitely due to the COVID-19 pandemic. 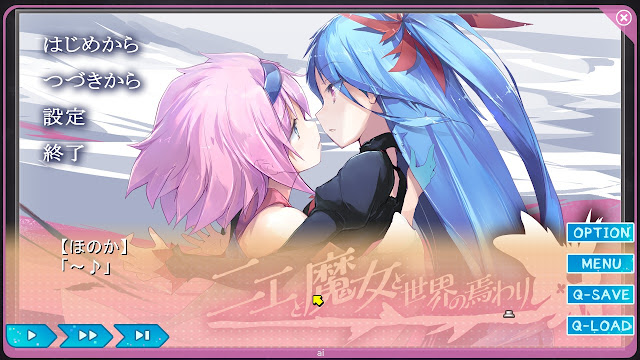 Yumeutsutsu Re:Master is the story of “country girl” Ai Otori. Following a mysterious e-mail from the studio head, she joins a small Japanese game studio where her sister also works, in Koenji. The cast is entirely female, from the head of the studio to the uniformed artist. As game production advances, Ai’s world will expand a little bit at a time.

There is no such thing as too much Clannad

I think Clannad is one of the few visual novels that just about every fan of the genre has played, and has moved past that with an anime series. Now, it’s time to add it to your physical collection of Nintendo Switch games. Limited Run Games will release a limited print standard and Collector’s edition of the game for the Switch, with pre-orders opening on April 14 at 12:00 p.m. EDT (April 15 at 2:00 a.m. AEST). 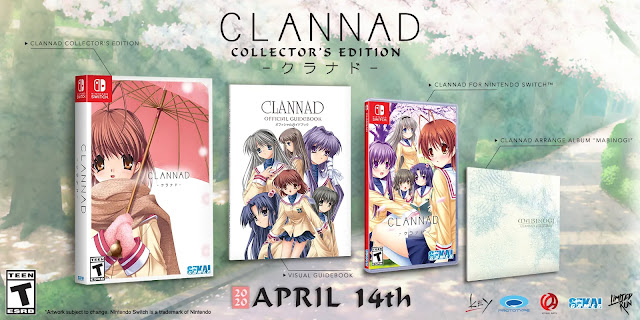 This image features a mock-up of the Collector’s Edition. This extra-special edition will include, of course, a physical copy of the game; it will also include the official guidebook and “Mabinogi” arrange album. The game is available worldwide digitally for PC via Steam, PlayStation 4, and Nintendo Switch. For Japanese collectors, Clannad is already available as a physical release, although the Switch version is harder to come by than that for the PlayStation 4.

Clannad follows Tomoya Okazaki following the death of his mother. He struggles to understand the abusive relationship he has with his father, while also attempting to find meaning in how one life. Described as a delinquent, Okazaki meets a girl who can also be described as such because she is repeating her senior year. The girl, Nagisa, decides they must be friends, and enlists Okazaki’s help to revive the school drama club. The two begin to make other friends while also exploring themselves.

Super Mega Baseball has rapidly grown to become real competition for the incumbent properties. What it lacks in licenses it makes up for with personality, verve, and quality sporting action, and at a time where we can’t watch the real sports, that’s what’s really important. Now we’ve got a trailer for the third game in the series:


The trailer highlights the new Franchise mode that will be making its way into the game, as well as enhancements to existing modes. Additionally, the developer has announced that you’ll be able to import all of your custom rosters from the previous game into the new one, saving the fans the need to do that work in tailoring their game over again.

The game is due for release on PlayStation 4, Xbox One, PC (via Steam), Switch in April. The developer cautions that there might be a slight delay due to COVID-19, but if there is, it will only be slight.