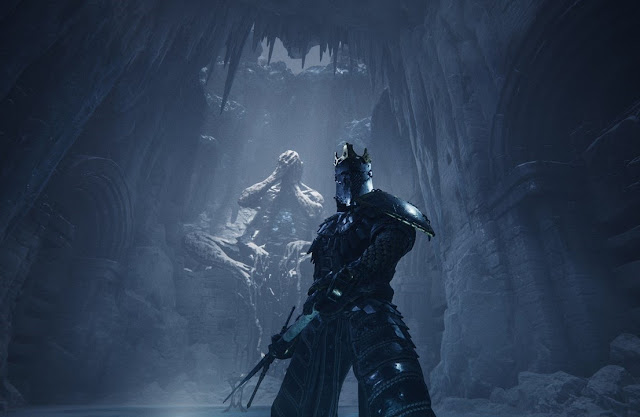 Everyone wants to be the developer behind the “next Dark Souls.” It’s not a genre I think that smaller teams should actually work on – whether it’s level design, narrative, combat or visuals, the Souls-like genre requires a mastery that is very difficult to get right. That’s not stopping those smaller teams from giving it a crack, though, and with that in mind I present to you Mortal Shell.

Mortal Shell is in development for PlayStation 4, Xbox One, and PC (via Steam) by a new developer, called Cold Symmetry. The development team is 15-strong, and a release claims that they’ve “worked on some of the biggest AAA titles on the market,” though stops short at actually naming those games. A few years ago, the team working on the game was just two people (it was called Dungeonhaven then), so they’ve clearly ramped up in the lead up to release.

From the game’s description: “Awakening as an empty vessel, you will enter into a shattered and twisted world where the remains of humanity wither and rot. Implored to do the bidding of the mysterious “Dark Father,” you must traverse this tattered landscape and track down hidden sanctums of devout followers. There, in Mortal Shell’s most hallowed grounds, you must overcome formidable foes and harvest the sacred glands. You won’t be truly alone when the dead litter your path: Scattered across this land are the remnant anima of lost warriors who can be inhabited to gain their unique abilities and knowledge of weapons. The Dark Father is desperate for you to complete your task — but to what end?”

There’s also a trailer. It doesn’t look bad at all! However, there is a long way to go for this game to prove that it’s up to the might of Dark Souls and Nioh. Fingers crossed the team can pull it off. Mortal Shell releases in Q3 of this year.