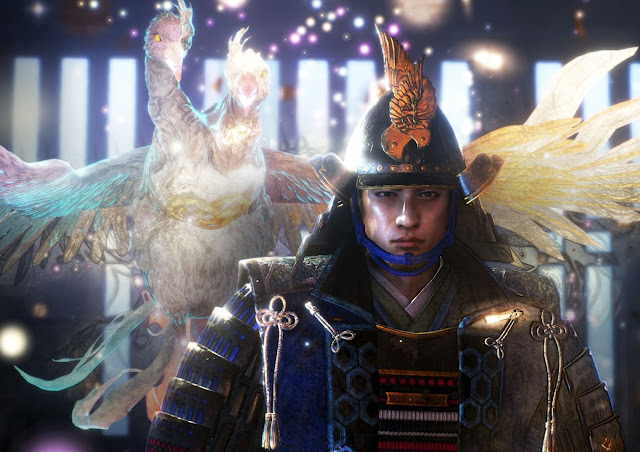 Now that the review embargo over Nioh 2 now lifted, I can talk about the game freely. I’ve already broached this topic briefly in my review, but I wanted to elaborate a little further here. In an otherwise magnificent game, Nioh 2 has one critical issue that means that it doesn’t quite hit the heights of the original: in Nioh, you played as William Adams, a named protagonist with personality, characterisation, and a basis in the history that Nioh depicts. With Nioh 2, you create an avatar, which bumbles through the game, listening in to the conversation, but never participating. It is a vastly inferior approach.

Related reading: My review of Nioh 2

There are times where character creation enhances a game, and it’s generally where those games don’t rely on the character having a personality beyond what the player projects onto them. It works in a series like Monster Hunter, for example, where the narrative is backgrounded completely and the experience is very much about the emergent storytelling that comes from teaming up with buddies to take down big beasties. Avatar creation also works a treat with sports games, allowing you to put yourself right in the middle of the action, to become part of your favourite team. And, obviously, character creation works with MMOs, where the entire point is to navigate an avatar through the world, and you want that character to represent something about you to all the other players around.

Character creation even works in FromSoftware’s Souls games, to highlight something close to Nioh itself. But then, the Souls games take place in completely fantastic worlds with no real-world basis, and are designed as largely lonely pilgrimages, where identity is hazy by design and the structure of the story is almost something of a tourism experience for the player. You wander, you fight, you pick up bits of lore around what happened in antiquity. The role of the “pilgrim” themselves is, for a huge part of each Souls game, of peripheral importance to the storytelling. 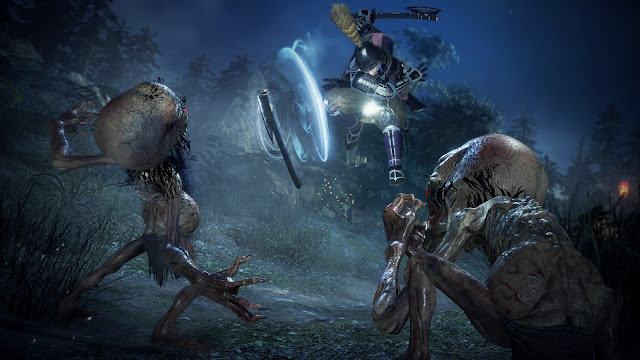 Nioh, however, wants to be a storytelling experience with your character at the centre of it. As the genesis of the series goes, Koei took an unfinished Akira Kurosawa script about William Adams – the “white samurai”, as he’s popularly known, and used that as the basis of the game. What that meant is that a lot of Nioh was rooted in real-world history, and was about real-world people. It was highly abstracted, of course, but there was a real authentic gravitas to it. For example, in venturing to the battleground of Sekigahara (Japan’s equivalent battle to Europe’s Waterloo or America’s Gettysberg), William Adams eventually finds himself squaring off against a giant skeleton – the gashadokuro. But this isn’t just a random monster. Gashadokuro is a yokai creature crafted from the dead bodies of people who suffered en masse. That boss battle wasn’t just a really cool showdown with a really cool big skeleton. It was a reflection on the impact that the wars of the sengoku period had on people, and it needed a protagonist rooted in real history, like William Adams, to complete that narrative experience.

Nioh 2 is set in the same era of Japanese history, but lacks that same storytelling gravitas, and that’s entirely because your created avatar… doesn’t exist in reality. They show up in cut scenes, but because Koei Tecmo’s writers couldn’t assign a personality to a character when they don’t know what character people would create, that avatar is mostly mute, and weakly following along with events that go on around them. Big boss battles and major scenes have less of a resonance, too, because there is that narrative distance between that character that the player controls, and the events being depicted. It’s far, far too easy to stop looking at Nioh as an abstracted retelling of history, and more an empty fantasy that simply leverages a Japaneseness.

None of this is to suggest that Nioh 2 is not worth your time. The reason I broke this particular topic out into a separate opinion piece is because I didn’t want to let it sour the review to the point that readers wondered why I wasn’t scoring the game lower. It is one of the standouts of the year. It’s gorgeous and it plays beautifully. But it is yet another example of game developers making compromises to the artistic integrity of their work in order to make their work more commercially palatable. Gamers like character creation options, as the wisdom goes, and most gamers are not invested in (nor interested in learning about) Japanese history, so why give the gamers Japanese history when all they really want to do is create funny-faced dudes and big boobed women? Commercially, it makes sense to check off as much of the list of what gamers like as possible. Artistically, it’s a mistake.

There’s even a character within Japanese history that would have been the perfect protagonist for Nioh 2. It would have meant the developers needed to tackle a different period of history, but the parallels between what they were trying to do, and this character, are just too perfect: There was a warrior monk called Benkei, who was a renowned fighter and “demon-child” (Nioh 2 casting you in the role of a character who was half yokai). Benkei went on a quest to obtain 1,000 swords from defeated opponents, as he considered them all inferior (plenty of combat opportunities there for a game like Nioh 2), and he was a master of seven different types of weapons (which fits nicely with Nioh 2’s extended weapon options).

Then he met a samurai called Minamoto no Yoshitsune. The two had an epic battle on a bridge (ideal highlight boss fight), which Benkei lost, and immediately become Minamoto’s closest ally. They traveled across Japan as fugitives from a corrupt government and warlord (perfect for Nioh 2’s level structure), before finally being caught by the army while hiding in a cave in the far north of Japan. To give Minamoto time to perform seppuku (speaks to the dark tones of Nioh 2), Benkei stepped out to guard the passage into the cave. The army fired endless streams of arrows at Benkei (which could be so easily visualised as a oni boss fight), and yet he continued to stand. Eventually, the army approached, only to find that Benkei had died standing up, his last mission for Minamoto achieved – he bought him the time he needed.

Benkei’s story is a perfect match for everything that Nioh 2 offers from a gameplay perspective – a backdrop of civil war, plenty of one-on-one fights across the entire landscape of Japan. It’s also a powerful, compelling story that speaks to the Japanese culture and mindset. Instead of all of that, with Nioh 2, we were given the opportunity to give our character twintails for hair. As much as I love Nioh 2, this was a big mistake and a wasted opportunity. But it’s also a learning opportunity for developers: character creation options are not always necessarily for the quality of a game (especially if you’re trying to tell a story), and you don’t have to put popular features into your game if that would compromise the artistic credibility of your game. Nioh was still a perfectly popular, critically-acclaimed game with William Adams. Nioh 2 did not need to change that, no matter how many gamers asked for it.