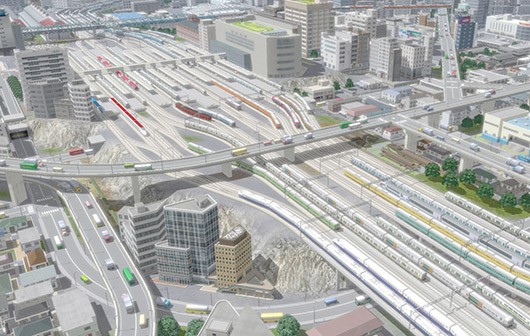 One of the most niche Nintendo 3DS games that you almost certainly didn’t play (but absolutely should have) was A-Train 3D. It’s a city builder, only instead of building the buildings themselves, you need to manage the road and rail networks to encourage the city to build up around you. It is a highly complex game (there are even stock markets to play in), but with the ability to leap into your public transport and observe your good work, it was an intensely rewarding experience.

Now there’s a new A-Train in development for Nintendo Switch and… well, that’s all we know about it. Gematsu picked up on the news, but it would seem that the game is very early in development yet.

Hopefully it gets an English localisation, though. The series has had patchy support outside of Japan. The 3DS one we did get in all markets (even Australia), however a PlayStation 4/ PlayStation VR title was only released in America (as far as I can tell), and other A-Train games were never localised at all. You’d think it would be worth the effort, because people love their simulation games, and this series is one of the best.

Developer Q & A: Monster Train – a deckbuilding roguelike with a hellish theme