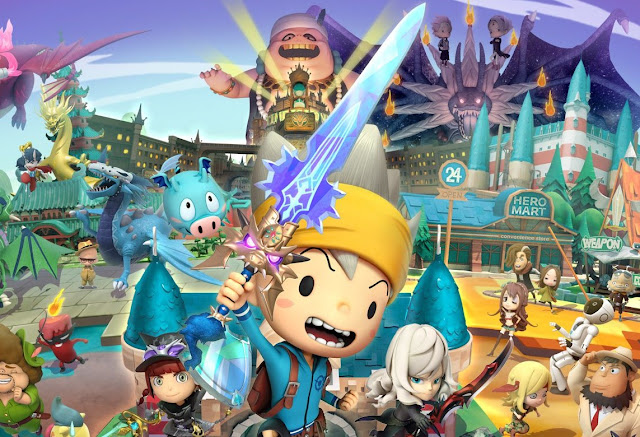 I never thought that I would struggle with a Level-5 JRPG. From Yokai Watch to Ni No Kuni, White Knight Chronicles (yes, I was a rare fan), and right back to Dragon Quest VIII and Dark Cloud, the company has been nothing if not a consistent, reliable studio to my tastes. Unfortunately, Snack World lost me from the outset, and I never managed to connect with this latest effort.

Snack World is an action roguelike with a heavy emphasis on both multiplayer action and humour. Or, at least, an attempt at humour. Let’s start with that, because it’s so pervasive everywhere. Admittedly I fall outside of the target demographic for Snack World’s humour, because the game is pitched at much younger people, but it simply never got me to laugh. The promise was for a fourth wall-breaking, meta-heavy narrative, but that really only translates into shallow swipes at genre conventions… which the game proceeds to indulge in full. I firmly believe that fourth-wall breaking humour only really works when it aims to deconstruct and subvert the expectations of the genre. When it’s done well it can be remarkable. For a good example, look at comic book hero, Deadpool. Deadpool’s effectiveness as a character is precisely because Deadpool pulls at the threads of the comic book medium while making its jokes, and resists indulging them. Snack World isn’t really self aware. It pretends to be, but ultimately it really wants you to accept it uncritically. In the end it’s just as well that Snack World isn’t overly focused on the narrative, because it’s got some very confusing disconnects going on within it.

Even when the game isn’t trying to break the fourth wall, the jokes fall flat as little more than a pastiche of what Level-5 has done in the past. As the game’s name suggests, “snack” is a recurring theme, and at just about every opportunity the Level-5 throws “hilarious” pun names for enemies and locations at players… or they would be funny if Level-5 hadn’t previously turned punny enemies into an art form with its work on the likes of Dragon Quest and Ni No Kuni. This time around the creative energy thrown into the puns are less inspired and restricted by the theme, and that’s disappointing. 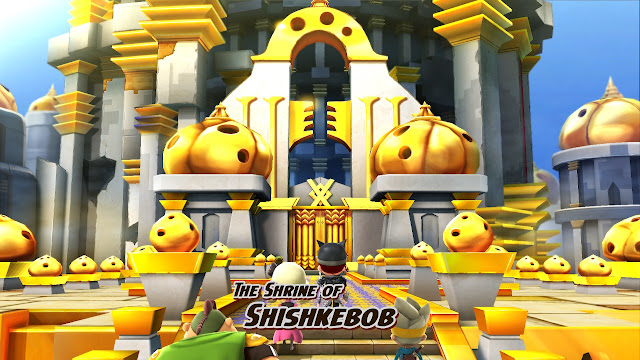 Snack World is also meant to be amusing because of the visual aesthetic but… it’s not. Parts of the game are pleasant. Level design is generally nice, albeit traditional in the places you get to explore. Wandering around town is nice and colourful too, though again it’s very safe and traditional as “downtime” areas in JRPGs go. It’s the character designs that really bug me. It’s like the developer is trying far too hard to parody itself. Level-5 characters do have a particular quality about them, with the big heads and simple cel-shaded models. If a very amateur artist were to take the characters from something like Ni No Kuni or Dragon Quest, the result might be what we see in Snack World. Everything is exaggerated just that little too much, and in motion the exaggerated animation comes across as the digital equivalent of an actor badly over-performing their role. It’s strange that Level-5 would try and go so over the top, given that its previous characters have all been amusing enough anyway, but again I’m not the target demographic, and the popularity of the property would seem to suggest that this is somehow charming to younger players.

In action, Snack World is a workable roguelike dungeon crawler… particularly if you can get a group of friends together. There are plenty of different enemies to defeat, and plenty of weapons to use to defeat them. There are AI helpers if you’re off questing by yourself, but while they do their jobs competently, that’s the dull way to play. The fun’s in letting bedlam break out with friends. There’s both local and online play too, which is a nice touch. There are, however, a couple of things that let this down. For one, the action’s fast enough that the strategic side of combat is too limited. There’s no real need to work with the buddies that you’ve pulled along for the ride. There’ll be a cheer or two once all hell breaks loose, but each player in the team will be basically mashing buttons on their own terms. Boss battles are tougher as you would expect, but the strategies that you’ll need for them are still pitched at a younger audience, and chances are, if the boss beats you, it’s just a sign that you need to grind yourself up some levels.

Speaking of, while Snack World is not supported by DLC, it’s also structured like a game that is. After every mission you’ll get a pile of treasure chests, based on performance and objectives. All that loot goes into never ending equipment upgrade systems, and the randomised level design naturally lends itself to the idea that you should be replaying levels as much as possible. As such, the entire sidequest system is structured around getting you to go back into those dungeons and grind, grind, grind away. 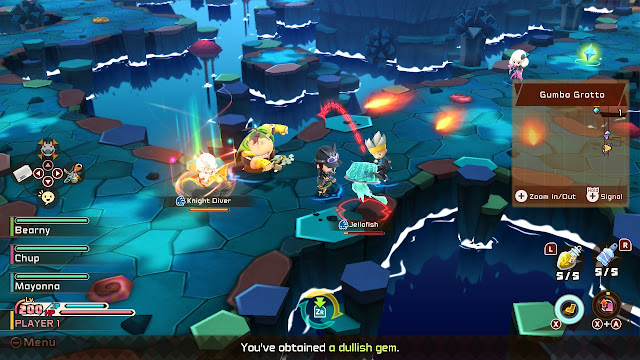 The simple act of swinging a weapon around feels good, and each weapon that you have access to does feel different. It’s the most narrow gameplay loop within Snack World, but it’s also the most effective – on a very fundamental level, attacking enemies has the right combination of feedback and the satisfaction of seeing enemies defeated is there. There are the occasional enemy that seems to specialise in using its attacks to get you stuck into health-destroying damage animations, but those are relatively infrequent, and you can always rely on an ally to come in and save the day if you do find yourself surrounded. Unfortunately, as good as the combat loop can be, it’s also quite energy sapping. Levels can be surprisingly large in size at times, and enemies respawn very quickly. Discovering a dead end (or, worse, that you needed to flick a switch elsewhere in the dungeon), can result in a painful backtrack, fighting through hordes of enemies all over again.

Snack World really isn’t my thing. As much as I am a fan of Level-5, the pitch of this one is out, and as such, too much of it falls flat. It’s a satirical game that’s trying too hard and if it was funny, then the jokes it makes would be directed at its own faults as a game. It’s a workable dungeon crawler without being inspired, but unlike the rest of Level-5’s library, this one is focused on being attractive to one demographic at the expense of just about everyone else. Where most other Level-5 games are a joy and delight, this one really felt too much like a slog.