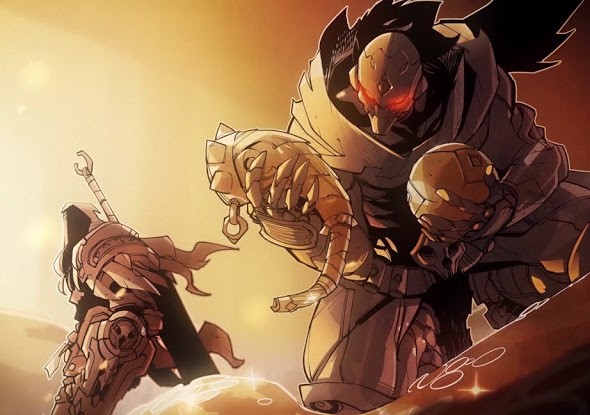 The Darksiders formula continues to evolve, and frankly the timing is could not be better, as the last release was beginning to show that the series was not aging gracefully. The Darksiders games have had some pretty obvious influences with its Zelda-like puzzles while shifting to a more Soulsborne style of play in its last release, but I am pleased to see the series take a few new chances. Darksiders Genesis makes the most dramatic alterations to the series yet, while still retaining much of what has made the series so popular.

Related reading: Our review of the game’s original release on PC.

After the third installment, I assumed we would see at least one more game in the series. After all, for a series that takes a lot of liberties with biblical lore, at its core the Darksiders games have been focused on the Four Horsemen of the Apocalypse. With the first three titles focusing on a different horseman (War, Death and Fury), it was only a matter of time until we met Strife.

What I had not expected was that the series would trade in its third-person mixture of action, platforming and puzzle-solving for something decidedly less like Zelda-esque approach in favour of gameplay more reminiscent of the Diablo series. Visually this means that we are trading in the behind-our-character perspective for an isometric perspective, and while there are still some breaks in the action for the occasional puzzle to solve or light platforming elements, the meat of the gameplay in Darksiders Genesis is focused on pulverising oodles of enemies while making the use of the addictive loot gameplay loot that games like Diablo and Torchlight have done so well. 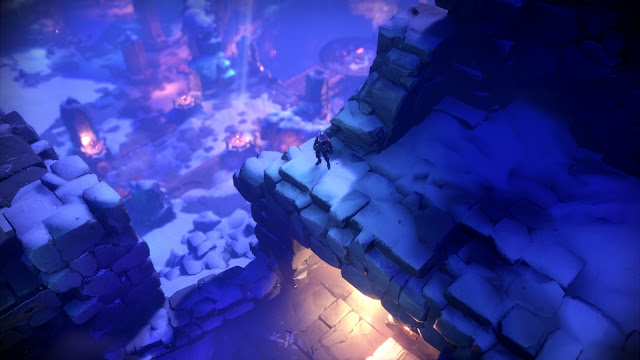 While waves of enemies (I mean hordes of them, not just the strategically located ones found in the prior titles) might not immediately seem like good fit for Darksiders, there are numerous ways in which Darksiders Genesis feels like others from the series. Returning characters like Vulgrim marketing his wares or special attacks we saw from War previously quickly reminded me that yes, this was in fact a Darksiders game. Even the puzzle elements along the way reminded me of the earlier games in the series.

One of the most interesting aspects of the gameplay is how Darksiders Genesis was clearly designed with co-op in mind. Strife is an interesting new character, in part because of his witty banter but also his two guns that make him quite effective at range. There is a bit of strategy laced into his gameplay as well, given that his standard ammunition is unlimited, while the other more powerful types of ammo have limited use and introduce an element of resource management. War has tagged along for this particular adventure as well, and he is a beast when close to enemies, but borderline useless at range. That means when playing with a friend, you can each use one of the horsemen, but in single player you have the option to switch back and forth between them. The two characters play very different from one another, so this because an important part of the strategy as you recognise which character is going to fare best in a given situation.

The game’s progression relies heavily on loot, but there is also the RPG/experience grind as well. there are a ton of different skills to be learned along the way. They fit nicely with the characters and within the themes of the Darksiders universe, but truth be told most of them will just get quickly replaced and forgotten as newer ones are unlocked. Not unusual for this type of game, but at least it offers a nice sense of the characters continuing to grow stronger. One aspect of gameplay that comes across as somewhat shoehorned in is the use of horses. I get it, they are horsemen, but unlike in the prior games, I seldom needed to travel any great distances that necessitated mounting a steed and riding around. The fact that being on a horse also limits your skill options made it more of a nuisance than a help. Thematically it makes sense, but in execution it seems rather pointless. 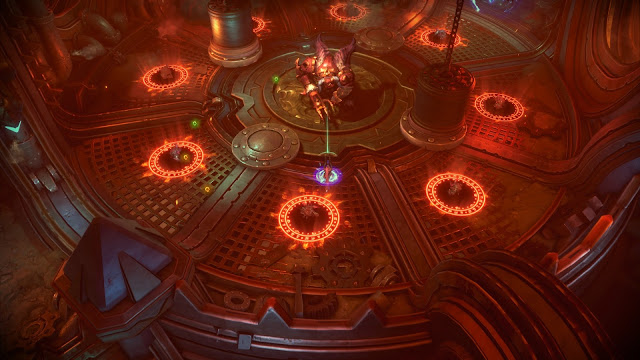 One item I was curious about was how well it would handle with a controller. Thankfully games like Torchlight have done a fantastic job setting the stage for console versions of these isometric action-RPG titles, so Darksiders Genesis did not have to do anything all that radical to transition from PC to PlayStation 4. These types of games do tend to play better with the point and click goodness of a mouse – but credit to the development team for doing a good job of translating the controls.

Tonally, Darksiders Genesis is quite a bit different than prior titles in the series as well. War was a relatively stoic, self-important character – but Strife is definitely a lot more sarcastic. He has a self-depreciating way of interacting with others, all of which was evident even in the game’s opening cinematic. This allows the story elements to bounce off of the two different personalities, and makes for a much more lively affair as War and Strife interact with one another in what is a prequel set before the first game. I could see Strife’s tone not suiting everyone, but I tend to be a sarcastic guy and personally enjoyed his various quips along the way.

Where I believe Darksiders Genesis could have fared a bit better is in how general the environments and enemies are. The actual environments and character art look nice, but the hellish planescapes could use a bit more hellish flair. They are visually pleasing, but in many ways seem oddly barren at the same time. Also, enemies do not offer up a lot of variety. They might look a bit different from one another, but really there are only so many different types in terms of behaviours and attack types, lending to the lather, rinse and repeat feeling of having been there and done that by the time you reach the final boss. Winning does unlock a new level of difficulty, and there is an arena that unlocks partway through the game that introduces a handful of new game variants like an endless mode, but they do not do a whole lot to change up the overall formula and gameplay loop. 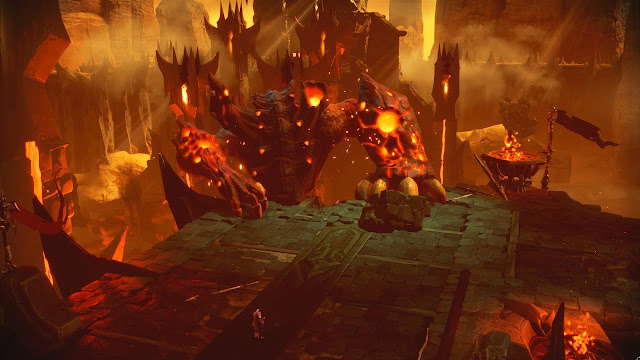 Darksiders Genesis is a welcome change of pace. Fan of the series might question whether or not they will like the dramatic overhaul, but this is a really solid Diablo style of game that is a lot of fun to play. I enjoyed the new character a good deal and have always appreciated the world these games were set in. The wheel is not getting reinvented here, but the overall execution is generally well done.