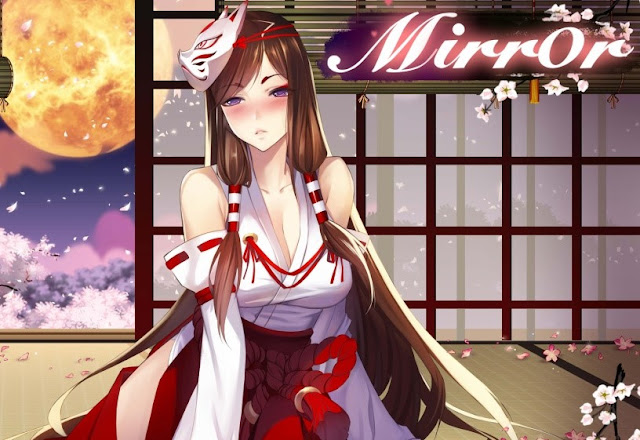 Mirror, a match-3 hentai game on PC, had one thing going for it; it was smutty, and it therefore had a point. Let’s face it, if you are going to enjoy the game, mundane concerns such as a halfway decent narrative or localisation aren’t important. Neither is the gameplay. You know the goal going in, and if that’s what you wanted, then everything the game offered drove you to that end effectively enough. Mirror on the Switch gets rid of the excesses and… well, you’ve got to ask what’s left. Not much. Mirror on the Nintendo Switch is a game that is sorely in need of a purpose to exist.

The basic premise of Mirror is that you (the player) have found a mirror within which there are a number of women’s essences. One by one you need to need to work through the story of each girl, by “battling” her via a match-3 puzzler. Win the match, and you’ll earn more of the girl’s story, which plays out like a visual novel. You’ll also earn a kind of cash, which can be spent on items that will help you defeat the girls more effectively.

There are a couple of problems with the execution of that concept, and which ultimately means the game fails on every level. Firstly, the storytelling. The localisation of Mirror is a miserably inadequate effort. It’s barely coherent at times, and those times that it is, it’s such a literal conversion from the native language that all the personality and nuance is stripped out of the story. There are a fair few different girls to follow in Mirror, but thanks to that localisation, they all “sound” like cookie cutters from one another, and I found myself simply fast-forwarding through the visual novel bits. I just didn’t care. 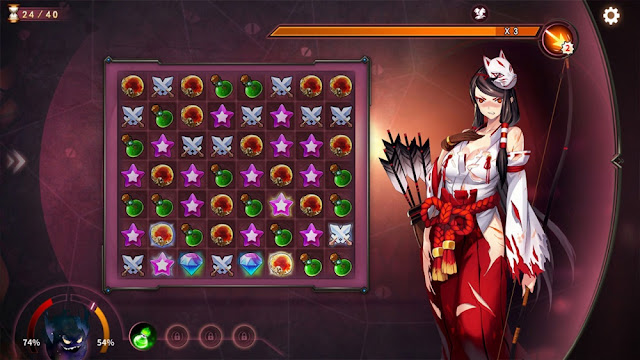 The match-3 action, meanwhile, is generic to the point of being worthless. The girl that you’re “fighting” against is represented by a simple health bar. In each visual novel sequence you’ll be asked to make one decision, which will affect how much health the girl starts the battle with. That’s the only relationship between the storytelling and “gameplay” action. Then you’ve given a certain number of turns to match enough “attack” items that the girl’s health is reduced to zero.

The girl doesn’t actually do anything while you play. Every so many turns, they’ll “attack” you, which simply results in you losing some health, and needing to waste a turn or two matching up health potions to restore your health. I think to a game like Puzzle Quest, which turned a combat system into a match-3 battle, and your opponent would take their own turns to match icons and attack you. That was an engaging combat system that made the match-3 action actually feel like strategic combat. Mirror’s system is a glorified version of Candy Crush. Without the charm.

None of the characters in Mirror are attractive. That’s in part because, thanks to that localisation, they have no personality, and are not on any level interesting. But it’s also partly because there’s no consistency within Mirror. One character is drawn from science fiction. Another from fantasy. Yes, that fits with the whole “mirror of personalities” theme, but it’s executed in such a disjointed and inelegant fashion that it comes off as a mess of nothing. On a technical level, the art is fine, but it doesn’t support anything, and has no reason to exist. 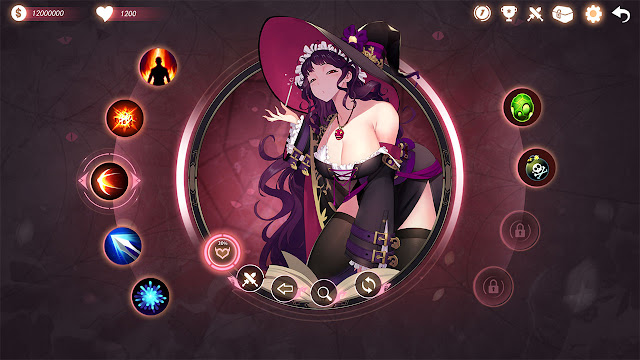 On the PC, all of this still has an ultimate point. A pay-off if you will. You can Google search for it if you need to, but yes, it even includes tentacles. The Nintendo Switch version, for obvious reasons, removes that. There’s still plenty of fan service, but that was never meant to be the limits of this game. You’re much better off playing something like Kotodama, which is similarly themed, but is designed around going no further than fan servicey panties. With the art built around that theme, and much greater consistency and coherent text, Kotodama is a much, much better fit for the Nintendo Switch.

The only people that might get something out of Mirror are those who are such big fans of the PC version of the game that they need to keep playing it on Nintendo Switch while… on the train, I guess. It’s a character-driven, visual novel-heavy match-3 puzzler where terrible localisation has ruined the characters, the narrative is incomprehensible, and the match-3 action is so stock-standard it doesn’t deserve to be celebrated, even if it does work. The real reason people played this on PC – the titillation, has been greatly reduced in order to be console friendly on the Nintendo Switch, and as such there is nothing of worth left in Mirror.

There’s a new Pokémon Mystery Dungeon on the way!