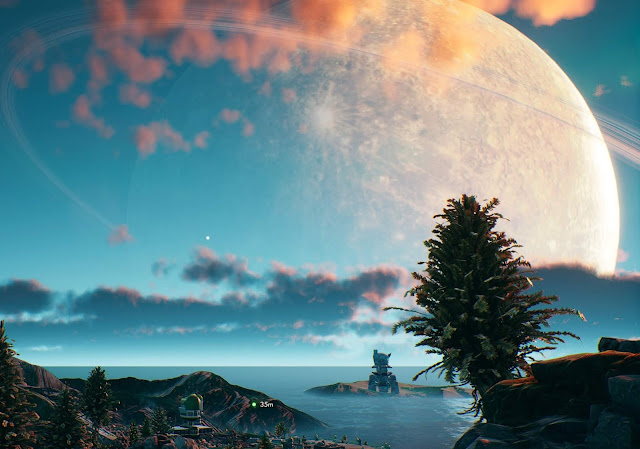 It’s been a busy couple of weeks for releases, but one that I’ve been plugging away at for a while since it launched is The Outer Worlds. It’s a well-made RPG from the incredibly talented developers and storytellers at Obsidian, but unfortunately I did hit a wall with this one, and ultimately it comes across as a bit of a disappointment.

The Outer Worlds starts off so well. It’s gorgeous, colourful and vibrant, presenting players with imagination and art direction, rather than pushing the hardware as hard as it can to deliver realism. The game is coming to Nintendo Switch, and unlike some other ports of open-world games (I’m looking at you, Witcher 3), I don’t think it’s going to need all that many compromises made to work on the diminutive handheld. It was never that complex to begin with, and that’s a good thing when the art direction stands out as powerfully as it does here. Every new location was a joy to discover, just to the pan the camera around and take the alien landscapes and skies in.

There’s a strong 70’s and 80’s vibe to the science fiction of The Outer Worlds. The colour palette looks heavily inspired by neon, and all the monsters look like they come directly from the era of prosthetics and body suits. That, too, is a great thing. While The Outer Worlds plays like a very modern title, there’s a heavy dose of the nostalgic in there, and it only adds to the eclectic and distinctive nature of the game. In terms of how it plays, there have been many that have written it up as a Fallout: New Vegas in space, but to me it’s more like Mass Effect via Obsidian; it’s got that same pulpy linear science fiction story, and the gunplay and skills makes each encounter feel like a Mass Effect set piece. 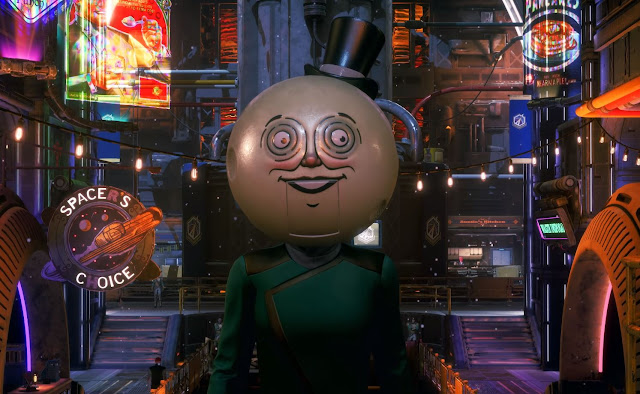 Where Outer Worlds ultimately lost me a little was in its storytelling. Things open strongly; you’re thrust into the role of an independent ship captain in a corner of the universe that’s just starting to be colonised. Unfortunately, the colonies are run by a particularly nasty mix of corporations, in which people are treated as property by the companies, the loyalty that is expected of them in return is absolute, and the very idea of unions is laughable. Over the top of this is rampant consumerism, where news bulletins are a “break” from advertisements, and every person is expected to remember a dozen slogans for “their” companies.

In context, this is meant to be a blend of satire and sharp criticism. It’s clear that the developers are no fans of the Randian “utopia”, and each time you bump into a sympathetic character, it’s because he or she is a generous soul, not driven by selfishness, trying to make do in a world in which the individual worships themselves as God. The Outer World’s themes are abundantly clear, and that’s the biggest problem with them; there’s no nuance or depth to any of it.

It’s like the developers became so concerned that people might interpret the game in another way that they decided to take the sledgehammer approach to storytelling, and completely do away with that old rule: show, don’t tell. The Outer Worlds is one “tell” after another, and while you could (in theory) go to the very extreme to side with the corporations, the game is all-but screaming at you “BUT WHY WOULD YOU WANT TO DO THAT?!?!?!” It’s not a bad question to ask players, and I’m as critical of Rand and late-stage capitalism as anyone, but the problem with Obsidian’s approach is that by turning everything into a series of punchlines and hyperbole is that it’s to easy to dismiss for being so over-the-top. There were times I wondered whether the writers really believed this stuff, or it was just a cynical ploy to give the likely players of the game what they would find an agreeable view on the theme. 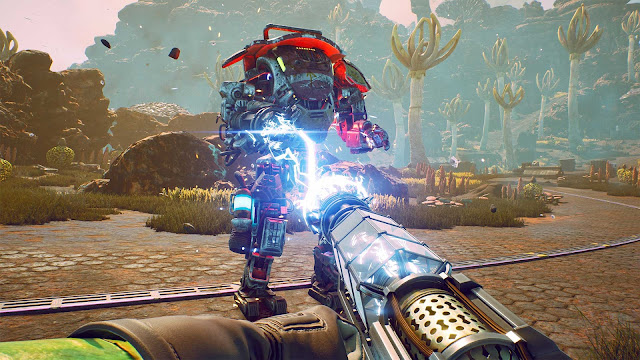 The individual characters in your party, on the other hand, show Obsidian in its finest form. Every single character I either outright loved (Parvati), or loved to hate (Felix). You can take two with you at a time, and as you explore, they’ll have these little conversations with one another which show just how distinctive each is. Each has their own storyline quest to follow, too, and the writing in those is brilliant. That Obsidian could get such subtlety and nuance into those characters demonstrates just how talented the writing team really is… making the disappointment of the overarching narrative all the more disappointing.

The Outer World’s main quest and dungeon design is pretty impressive, and keeps you moving forward at a fast enough rate that you never notice how empty the experience in the cities really are. Other than as hubs for more quests (and the side quests are almost all irritating fetch quests), those cities aren’t interesting places to spend time. One advantage that Mass Effect had was that, outside of your ship, there weren’t that many “safe” areas in each game, and inside the ship you could get on with boinking your allies, so the extra-curricular activities were accounted for. The Outer Worlds has a lot of downtime for a game that doesn’t much know what to do with the downtime – there aren’t even that many named characters that you can talk to in these cities.

As I said, though, the game does a good job of constantly edging you forward, and each environment is so visually different that it just gets away with being empty. You’ve moved on before it becomes a real problem. The real thrills are in the dungeons – which are interesting in design and usually do throw up a fun surprise or two – and the combat system, which is unfortunately too easy (as long as you’re doing enough side quests along the way) on anything but the highest difficulty setting. Even when I was cruising through without too much concern, it never stopped being fun, and I did enjoy playing around with the vast array of different guns that there were to collect. 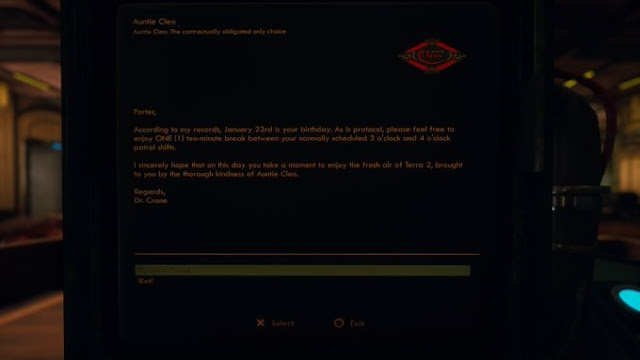 For the first ten hours or so I thought that The Outer Worlds would become a game of the year contender. Unfortunately it ultimately proves itself to be a little too shallow for that, but the combination of stunning vistas, excellent party members, and entertaining gunplay make it much like the 70’s and 80’s science fiction that it’s clearly inspired by: A lot of fun when you’re looking to switch the brain off and just unwind.