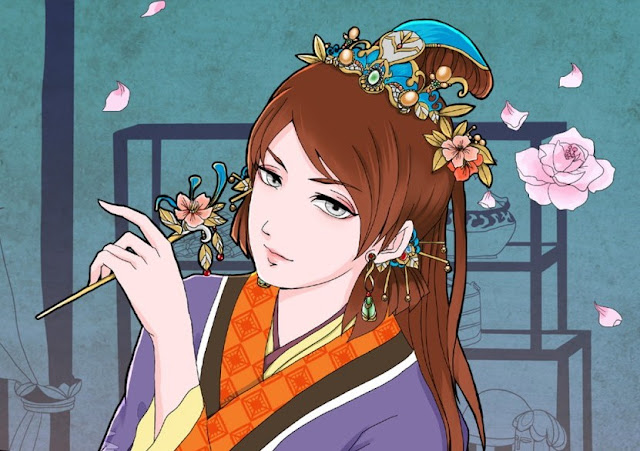 The idea of being trapped in a time loop, in which you can use the experience from previous loops to alter the events of the new one, is not a new one. Groundhog Day is a famous example, and so too is All You Need Is Kill, a novel that was turned into the Tom Cruise blockbuster, Edge of Tomorrow. Soulslayer is an attempt to work with a similar premise in visual novel format, and, though it has a poor translation, it generally works.

In Soulslayer, you play as a young noblewoman that is about to get married. The night before her wedding, however, she is poisoned and assassinated. Rather than being the end for her, however, some mysterious entity tells her that she’ll have three chances to live, and she’s returned back to the moments before her assassination. This time, however, you’re able to guide her past the assassination attempt. Depending on the decisions that you make for her then, however, the woman might find herself killed in another way, and another of her “chances” used up. And so on and so forth, until she’s either used up all her chances and is properly dead, or she escapes the plot to kill her.

Along the way, the woman will also learn keywords, with the knowledge that those impact useful for her to avoid subsequent assassination efforts. It’s a race against time (given how few “second chances” she gets), but if you chart the right path, you can save the woman and successfully work out who is behind the assassination attempt (and why). That will likely take you a few attempts, however, as there are a lot of decisions to make, and it’s very easy to waste chances. 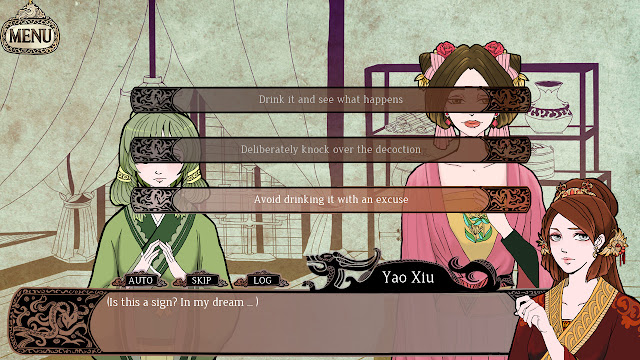 It’s a smart idea to frame an intriguing story, and Soulslayer is backed by a really gorgeous art style. Set in an fictional ancient China, the aesthetics and characters all create an authentic tone to support that setting. Unfortunately, the translation is not up to the task. Unlike some visual novels that I’ve played on Nintendo Switch, Soulslayer’s translation is readable enough that it does makes sense, and doesn’t seem to have been run through Google Translate, but the language is clumsy, and right up at the edge of being incomprehensible. For a narrative that’s trying to create intrigue and intensity, this is a problem to the game’s tone.

It’s hard to get a real sense of characters, as one of the first casualties of poor localisation is the personality of individual characters. This is again an issue when understanding the intricacies of the plot requires that players are able to understand the motivations and personalities of the major players. On a more simple level, it’s difficult to sympathise with this cast of characters, going through some pretty major events, when they’re barely comprehensible. An arson attack results in a barn burning down with a couple of noble children inside, but in the next breath the father says something to the effect of “oh well, the wedding continues tomorrow!” Soulslayer comes across as less emotive and evocative as it would be in its native language, and is a good argument for why developers should reconsider localisation at all, if they’re not able to afford a really good translation.

The other big problem that Soulslayer has is just how much guesswork is involved. To go back to that burning barn example, on the next time reset, you’re given the option to try and do something to save the kids from the arson attack. You can either have the protagonist run out and try and do it herself, or she ask someone else in the household to take a swing at it. There’s absolutely no indication of which option might result in a positive outcome, however. Indeed, one of the options is to send someone that you haven’t even met in the narrative yet! How can you have a sense of how events might play out by sending that person? Given how easy it is to choose a path that ends in your character’s death and a restart, and how few restarts the game gives you before it’s a proper game over, Soulslayer needed to be far better at giving players a fighting chance to puzzle through the cause-and-effect of dialogue or action decisions. 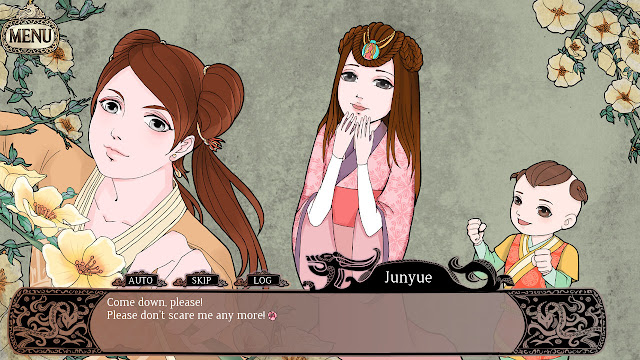 In other areas the game shows some really neat design elements. As you interact with characters, you can learn keywords, which can be input at various points to learn new information and uncover what’s really going on with all these assassination attempts. The complexity of the dialogue and narrative tree is impressive, too, and the game does effective sell the time loop theme.

Soulslayer is an impressively ambitious indie visual novel. There’s a great concept in there, and it’s designed well. Unfortunately the shaky localisation effort, and the irritating guesswork that is sometimes thrown at the player also makes the game an experience that doesn’t quite live up to its ambition. I went in looking forward to a story set in ancient China but, aside from the gorgeous visual aesthetic, I didn’t quite get that. I was still able to follow along, but I get the feeling I would have enjoyed this a great deal more in its native language.