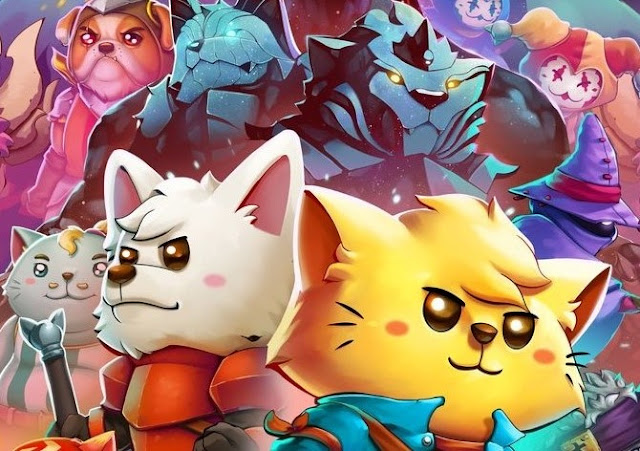 The original Cat Quest was a game often described as “comfort food”. Its simple combination of grind-reliant action-RPG gameplay and an overload of cat puns made it adept at giving players small, frequent rewards. I distinctly remember being strung along through the colourful open world, helping those along the way while defeating enemies and pillaging loot, for far longer than the game probably deserved.

Related reading: Our review of the first Cat Quest

Cat Quest 2 continues this winning formula. This sequel presents two shocking features – two player co-op, and a dog. It does feel uncanny that a game still titled “Cat Quest” is now roughly 50 per cent dog-themed (I’m surprised they didn’t bite the bullet and call it “Pet Quest”), and unfortunately the cartoony graphical style makes it difficult to tell between the cats and dogs anyway. As for the co-op, the implementation is good enough and the Switch is the perfect place you’ll want to have an easygoing game that can be shared at a moment’s notice, but very few areas of the game are designed around two players. The result is that two player mode is far too easy, and one player mode forces the player to lug around an AI companion which does little more than function as a glorified extra life.

This sequel is quite a bit longer than the original game, taking place on two islands; one for cats and another for dogs. The game is somewhat designed around open-world philosophy: the player is free to wander in any direction from the very start, but difficult enemies and a lack of there being any story if you go off the beaten path until the game is ready for your to will mean that players ultimately travel down a highly linear path throughout. I found that while the first Cat Quest effortlessly filled the game with clever puns, the developers seem to have run short of ideas on the sequel. It’s a shame to walk into areas with generic RPG names like “Seaside Cove”, especially since some areas do try their best to reference the game’s canine and feline pedigree. 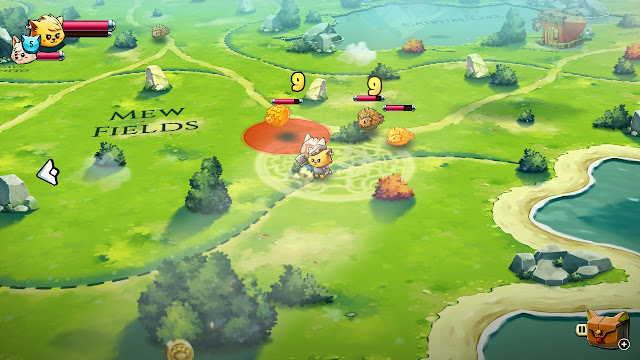 Cat Quest 2 takes its narrative a little more seriously than the first game, providing a story filled with lore and backstory. There are more quests which chain together into larger narrative arcs, as opposed to old throwaway jokes. That being said, I felt that the moment-to-moment humour is a little weaker – I found myself laughing out loud less, and even though Cat Quest 2 has two protagonists, they rarely engage in interesting or humorous dialogue.

There’s also the benefit from hindsight that actually hurts Cat Quest 2 a little. The original was delightful, but for all I’ve played of Cat Quest (and it was just one year ago), I don’t actually remember anything really specific about it. I remember the cat puns, the dodge-roll focused combat, you could cast some spells and engage in detective-like side quests. But I can’t recall anything specific. If you had asked me to name a location, or a piece of equipment, or describe the intricacies of any quest I wanted, I would be completely unable to. If you had tried to convince me that the original Cat Quest had co-op multiplayer, I probably would have believed you. That’s the problem with comfort food – it’s purely inoffensive but it’s also completely unmemorable.

So, with this mindset, playing Cat Quest 2 feels oddly redundant. Starting from the beginning at level one and grinding on enemies whose sprites were in the first game (probably), I can’t shake the feeling that I’ve done all this before. The combat is all-too familiar, with the same enemies telegraphing the same area-of-effect attacks which you need to intermittently dodge-roll away from to survive. It is theoretically skill based and players could tackle dungeons well beyond their level through a mix of patience and dexterity, but the much easier solution is to grind experience and loot to keep the difficulty curve smooth. Not only is this how most action-RPGs play out, it’s identical to how the original Cat Quest developed – so those who enjoyed the first game will have to ask themselves if they are keen to experience more of the same. 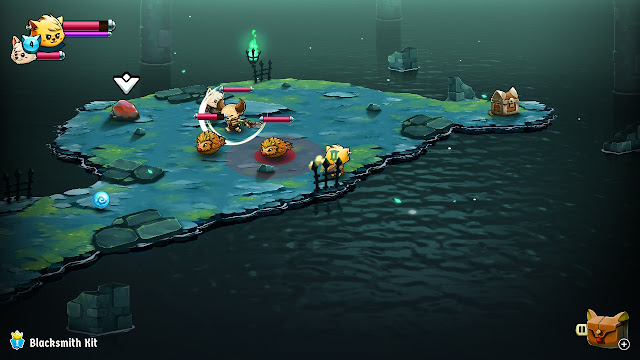 Because it is so similar to the original, and because the mechanics are still as bare bones as ever, Cat Quest 2 walks the line between enjoyable and vapid. Like the first game, the moment to moment game is completely forgettable – it’s built on a simple feedback loop of grinding, growing stronger and pressing forward into deeper and more dangerous territory. Nothing about this game is particularly bad or warrants criticism, but at this point the lack of ambition or innovation makes play sessions feel more tedious than anything else.