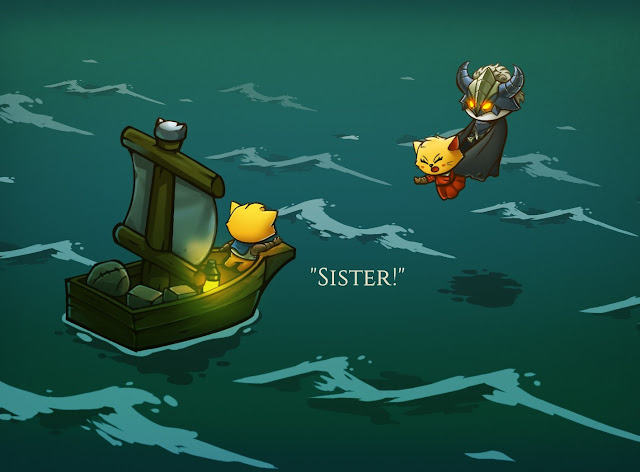 The Internet has a soft spot for cats of all kinds. Throw a rock in a subreddit and you’re bound to hit at least five pictures of some kind of feline creature (though you may want to refrain from doing that in /r/rule34) – that’s how much people love cats. The Apple App Store has a whole category of games dedicated to them, and why not? Cute animals are like kryptonite to most humans, and anything interactive media that’s got a cat slapped on the front of it tends to sell like hotcakes. Accordingly, Cat Quest is the sort of game that I hope attains immense popularity, and not just because it’s about cats; the game’s just good.

The first thing you’ll notice about Cat Quest is that it’s full of puns. Whether it’s the title’s description on the Steam store, or the fact that every promotional picture has some form of wordplay on cats stuck to its face. There’s nothing subtle about this game, and the only thing that it’s more in-your-face about than the puns is the fact that it doesn’t take itself seriously. With an introduction utilising at least four different common narrative clichés, not to mention the unrepentantly chipper and oblivious sidekick, you’d be a fool to think that Cat Quest isn’t taking a tongue-in-cheek approach to storytelling. To be honest, you’d be an even bigger fool to not enjoy and appreciate it. In a market oversaturated by games that either contrive to be darker and angstier than their predecessors, or compete to tell heart-wrenching story after heart-wrenching story, it’s nice to have some lighter fare that doesn’t beat around the bush. Pleasantly, it’s a small studio out of South East Asia that’s brought us this much-needed breath of fresh air – The Gentlebros. P/S: shout out to my fellow Singaporeans.

The Gentlebros is perhaps best known for Slashy Hero, a mobile game about putting on your best butt-kicking outfit and hack n’ slashing your way through level after level of monsters. It brings a similar mechanical feel to the proceedings in Cat Quest, and if it’s not automatically recognisable from the UI, it’s immediately noticeable in the combat. Controls are tight and responsive on the PC using a mouse and keyboard, and some of the mobile game sensibilities that the studio picked up in Slashy Hero serves its latest title well – actions can be chained together for maximum effect and battle can feel a little bit like a dance, where you weave seamlessly between powerful magical spells and daring auto-attacks. 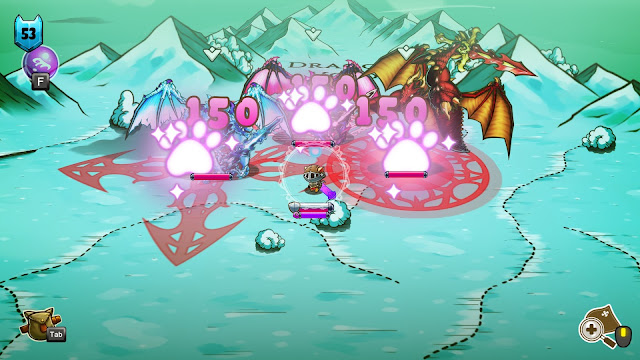 I initially thought that the combat was too simplistic but you’re introduced to your arsenal gradually, and the main ebb and flow of fights being determined by how much risk you’re willing to take was intriguing. Simply put, you’re unable to regenerate mana to use your magical spells unless you get close to your foes and get some auto-attacks in. Inevitably, combat becomes a balancing exercise between casting the powerful spells needed to down certain enemies and risking your life to take them down. You can also pick up gear that helps you narrow down a certain play style once you’re familiar with how everything slices and dices, which adds a layer of complexity to the adorable 2D setup. Min-maxers can nitpick this if they want to, and it’s fun to fine tune a build, but those who want just want to wear the freshest kicks can do so if their reflexes are quick enough. What would have really helped to push the envelope here would have been a sharper eye for enemy combat details, whether it’s a larger arsenal of skills to fight or debuffs, but it only detracted slightly from everything else.

Speaking of layers, Cat Quest is absolutely full of them. We’ve got a healthy helping of Easter eggs from TV shows to real life phenomena, with towns like Bermewda’s Triangle and landmarks like Twin Peaks, just to name a few. The game then takes it one step further by having specific side-quest storylines that tie in with the various locations. Without giving too much away, I’m just going to say that when Twin Peaks is involved, it about as weird as you’d imagine if you’ve ever watched the show. The naming conventions might make you cringe a little at first, but the pacing of the quests dotted around the relatively large open world will eventually end up drawing you in.

For example, you could start a quest chain to fetch some mates a bit of food at level 5, and wind up defeating an evil sorcerer that’s given them all a hunger for catflesh at level 20. Sure, there’s an evil that you have to deal with but the game is frank about you having to grow stronger in order to do so without being condescending. It’s refreshing to not be regulated to a million fetch quests, and it feels even better when you come back to an area 10 levels later and see that you’ve made a real difference in the NPCs’ lives. Having an incentive to travel to different quest hubs over the course of the game helps shrink the open world down to what feels like a manageable size – you never feel like you’re wandering aimlessly (which is a hard sell even when games are as pretty as Horizon: Zero Dawn), and you’ve always got an achievable goal in mind that helps the narrative tick along. Cat Quest might identify as an open world game, which it very much is spatially, but it dispenses with the things that often irritate people about having an ridiculous amount of space to explore and all the time in the world to do it. 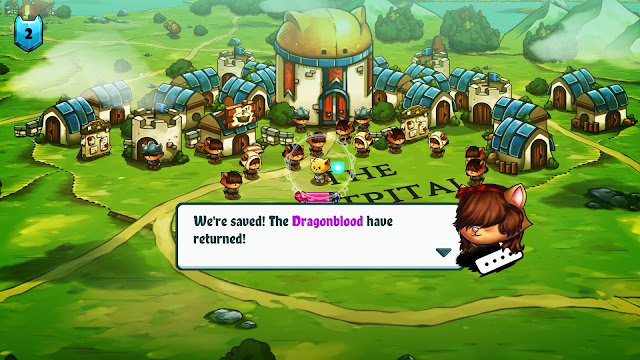 There’s a lot to love about Cat Quest, most of all perhaps its familiarity. That trait feels more like a blessing than the death knell that it is for a lot of other games, and it’s evident that this is a game with a lot of heart. It’s a bit like eating comfort food – there’s no pretentiousness in the execution, and each bite has an expected outcome but most importantly, you know it’s going to be delicious. The Gentlebros isn’t trying to reinvent the wheel here, and the game is better off for it. Having a lovable cast of characters along with a story designed to hit all the right emotional notes to keep you hooked is great. You don’t need extremely realistic graphics for a game to be good, nor do you need to deliver a narrative to rival the Iliad (though I would welcome a title that could do that). Cat Quest is a game about a cat going on an adventure, nothing more and nothing less, but I’ll tell you what: it’s a bloody good adventure.