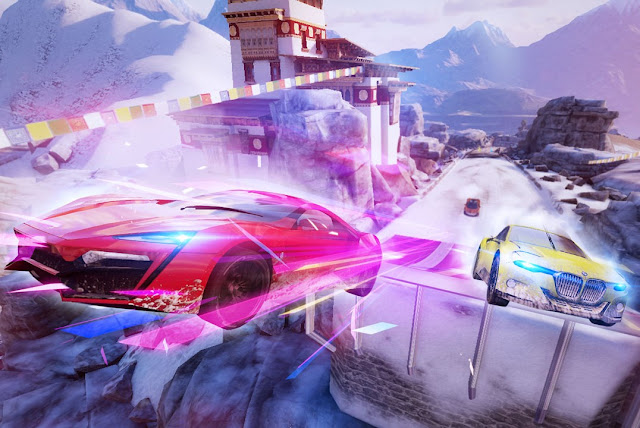 Get trash like Asphalt 9 off game consoles. Just as Apple is taking steps to mitigate against this kind of delinquent free-to-play nonsense with its Apple Arcade, the Nintendo Switch gets a high profile example of it. Opening your device to stuff like this isn’t the right play, Nintendo.

Asphalt 9: Legends is “free” in the sense that once you download it it will beg, threaten, and cajole you into spending a fortune in premium currency on it, and you’ll be tempted to do that, just to make the endless grind that masquerades as “gameplay” slightly less soul-crushingly inane. While Asphalt does want you to spend a lot of money on it, it’s also one of those games that doesn’t want you to spend much time actually playing it. The menu interface is bewildering, featuring one of the most cluttered, busy menu experiences I’ve ever seen, with the actual racing being buried away as almost secondary to all the profiles, virtual shop fronts, car garages and other superfluous things that Gameloft have thrown in there.

Once you get to the racing, most of the time it’s over in seconds. With the way these free-to-play games are monetised, the developer loses their ability to beg, threaten and cajole money out of the player for the entire length of a race, meaning that it’s in the developer’s best interest to limit the length of time that people spend playing, and Asphalt 9 takes this to a ridiculous degree.

This is some of the worst content I have ever had the displeasure of sitting through. #NintendoSwitch pic.twitter.com/x8ChwHpq8i

The developer works hard to give you the impression that you’re getting a premium experience for those seconds of gameplay. It’s all hyperkinetic smoke-and-mirrors that tries to fool players into thinking they’re having fun through sheer energy, but like so many other free-to-play games, it’s painfully shallow stuff in practice. Asphalt 9’s tracks aren’t well designed or interesting. They’re mostly rollarcoaster events with all kinds of stupid spin-jump ramps and the like thrown in for the hell of it. Rather than challenge players through intricate race lines or smart AI, you just need to have a better-rated car than your opponents (naturally you’re encouraged to spend real money to speed the up the upgrade process), and then speed through using a F-Zero-like spin attack to take out any that you get close to.

Within minutes it becomes obvious that the car’s rating is the only thing that determines success in Asphalt. Because there’s no technical element to the tracks, there’s no way to out-perform by racing well. You’ll win if your car has a higher rating, and lose if you don’t.

It sure does look pretty, but don’t think that this was driven by any desire to make racing a beautiful experience, like it is in a racer from Codemasters or Sony. No, in Asphalt it’s a cynical play, knowing that the more premium the game looks, the more a player is going to be willing to spend on it. So Asphalt’s developers dutifully went through the process of throwing every bit of visual content they could into the game. On a technical level, it looks good, with detailed environments and a good sensation of speed behind it. But it’s also so utterly derivative that as a creative work it completely fails. 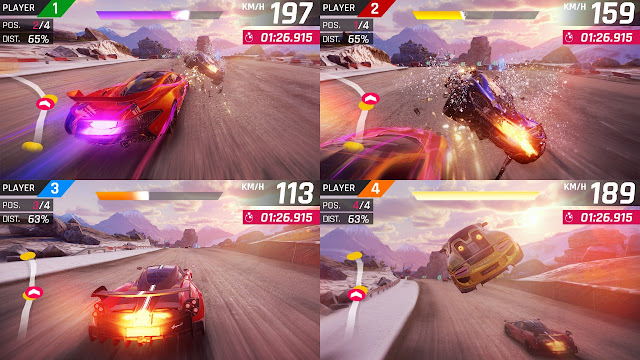 There are plenty of cars to unlock in Asphalt 9, but they’re really just an improved bunch of statistics that allow you to tackle “harder” races. There’s no celebration of the car itself like you see in the Gran Turismo series. There’s no incentive to continue using a favourite car once you’ve finished all the races that fit within that car’s narrow band of races that its statistics allow it to be competitive within. Cars in Asphalt 9 are like consumers are to the development team at Gameloft; a disposable resource to milk until they’re no longer productive or useful, at which point you push them aside.

Later on you’ll unlock the ability to play split screen multiplayer (why that isn’t available from the outset is beyond me), as well as join “crews” and get involved in the online play. If it’s not abundantly obvious from what I’ve written above, Asphalt 9’s balance is heavily weighted towards people who either spend their entire lives grinding away at the game, or spend a fortune to get a leg up. The lack of skill built into the tracks doesn’t make for an multiplayer experience that’s good for more than a few minutes, and even then, surely everyone with a Nintendo Switch has Mario Kart for that.

Nothing redeems Asphalt 9. It’s shallow, inferior game that has been built with the exclusive purpose of getting suckers to throw more money at it. This stuff should be left on mobile platforms or, better yet, never made.

ZERO
No stars for this tripe