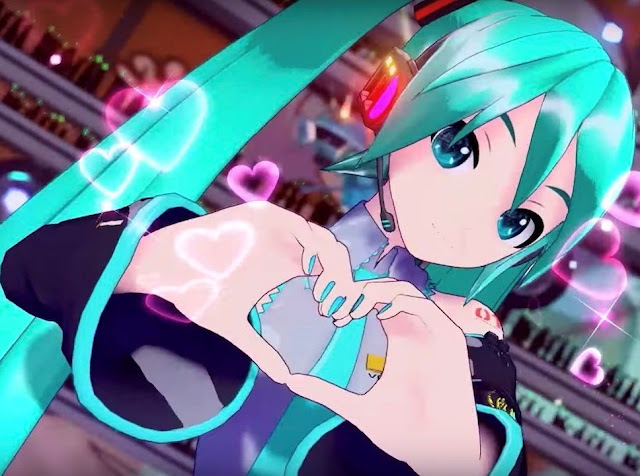 A highlight of Tokyo Game Show was the demo for Hatsune Miku: Project Diva Mega39; a rhythm game in development for Nintendo Switch.

Yeah, okay, that’s me being understated. I love Hatsune Miku so, so much, and finally getting to play with her on my Switch has been something I have been praying to (to Miku herself) ever since I first got my hands on the console. Playing this game at TGS was less a “highlight” and more a case of actual wish fulfillment.

Basically, Mega39 lets you play the endearingly brilliant Project Diva Future Tone on the go, on your Switch, but with a new bright aesthetic design for Miku and her vocaloid friends, and an all-new control system (with the option of using classic controls instead if you so prefer). It’s perfection. Hatsune Miku has never been sexier (seriously, this new design for her is hot). Both control options are valid, and it’s fun to switch between them. And it’s Hatsune Miku on the go, on a console powerful enough to fully enjoy that fact. 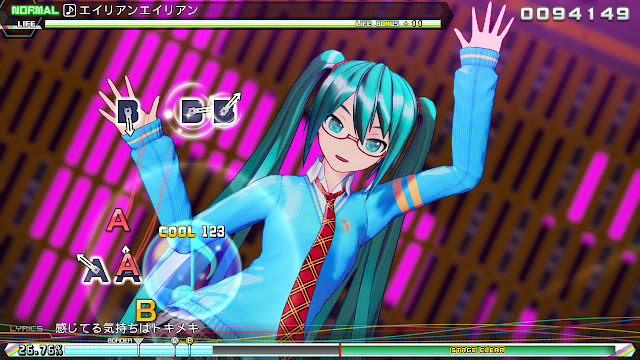 This new control option is motion-driven. You detach the Joycons from the Switch (this won’t be possible for people on the Switch Lite, obviously), and then “tilt” them left or right in order to move bars down the bottom of the screen – one for each hand. Meanwhile, “notes” drop down from the top of the screen, in time with the music. The goal is to line the bars you control at the bottom of the screen up with the “notes” and then tap the shoulder button in time with the music. It’s a completely different way to play Miku rhythm games, and it works really well. I think I’ll still be partial to the standard controls, but that’s only because I’ve plugged thousands of hours into previous Project Diva titles, so those “traditional” controls have become committed to muscle memory. However, I know that many other people have struggled with the standard way Miku titles play, and this alternative is different enough that SEGA may well be able to find a new legion of fans through it.

There were only four tracks to choose between at the TGS demo, but each played just as I had expected them to – there’s a background “music video clip” that runs as you play and – if you’re anything like me – you’re going to be so distracted by the impossibly-pretty virtual people dancing around on the screen that you’re going to mess up the rhythm action over and over again. Miku games are difficult, and are well known for that, and this one is no different in that regard. The new control system does seem to be a little easier overall, but play with traditional button controls and you’ll want to throw your Switch through a wall every time you get to the dying seconds of a track only to finally make a mistake at that point.

(Don’t do that though. You wouldn’t want to hurt Miku). 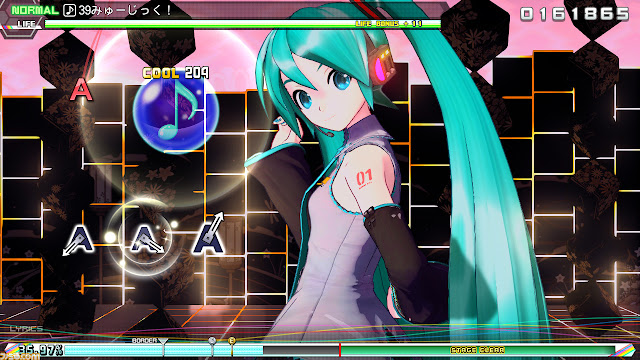 There’s not much else I can say about the game at this stage, based on the limited range afforded by the demo and the fact that I’ve already written a 4,000-word review on game that Mega39 is based on. We do know that there will be some new music tracks, not covered by previous titles, and there will be new clothes to play dress-up with Miku with as well. And, to be entirely honest, that’s all I need. SEGA doesn’t need to “innovate” with Miku. Fans come because of Miku herself. As long as the familiar, comfortable gameplay remains, SEGA’s effort to find a new audience with an alternative control method is welcome, and will hopefully find the series a new audience and renewed enthusiasm from the broad audience, but truly, all the die-hards needed was Hatsune Miku on their Switches.

I’m tempted to just give this game a score now, because we all know what I’m going to give it come review time, and it would need to have a truly catastrophic fault for me to score otherwise. The TGS demo made it quite clear that there would be no such catastrophe.