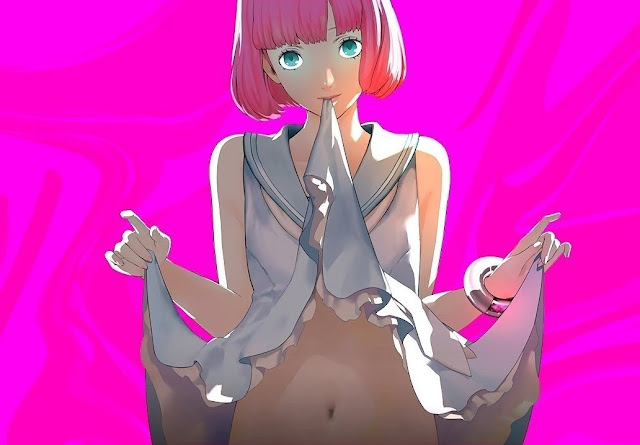 It takes a while to adjust. Having not played the original Catherine, I found that in going into this remaster, knowing its reputation for being steadfastly adult and pushing boundaries on what it would can get away with in terms of sexual themes, the complete lack of fan service was surprising. Usually when we talk about the presence of sexuality in video games (particularly video games from Japan), it’s framed in that way; the playful sexiness of a Dead or Alive or Senran Kagura, or the impossibly beautiful characters of a Persona, Final Fantasy, or Fire Emblem. It’s rare to find a game that features sex and/or beautiful characters, but also does its damnest to pull the sexiness out and look at it as a subject for discussion. Catherine is that preciously rare experience.

Leading man, Vincent, is a loser. That’s not even a debate, as far as my reading goes. The guy’s been with a gorgeous woman since high school and, even when she comes to him to say that she’s possibly pregnant, Vincent still resists her less-than-subtle overtures that they should formalise their relationship (i.e. through marriage). 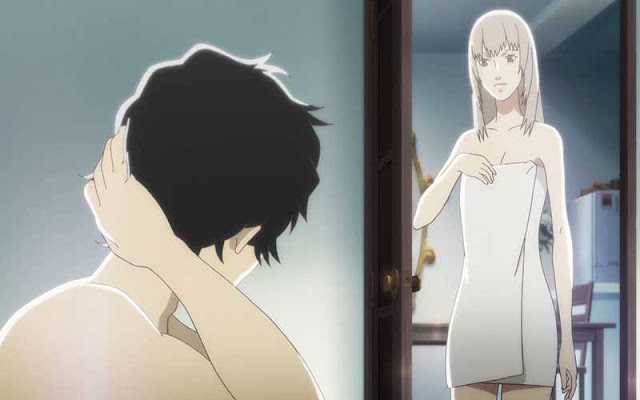 Meanwhile, he hangs out with his same group of friends night after night, spending big on alcohol and junk food as though he’s still in college, and complaining about the ball-and-chain like no halfway mature man does. Things spin even further out of control when he allows himself to be seduced by another woman and, on top of that, starts to build a connection with the Lolita-like Rin, who is intensely vulnerable on account of having absolutely no memory (and yet being pursued by something insidious and has a story of so many surprises I won’t spoil them here). Yes, Vincent is a true loser. there’s no overt malice in anything he does, but he represents every cliche and stereotype about the masculine view on relationships, to the point that we are not meant to sympathise with him on any level.

Or are we? Vincent finds himself whisked away to a nightmare realm every night, where a “tower of Babel” of movable block looms tall in front of him. He’s got to move those blocks around and climb to the top, fast, because coming up from underneath is one of a number of mutated symbols of every relationship or sexual concern that he has. He’s not the only one. This nightmare realm is filled with other, equally unfaithful men (who all appear as sheep), and they’re all terrified for their lives, because to die in this world is to simply perish.

The biblical references scattered through this nightmare start with the obvious “lambs to slaughter” motif, but are many and everywhere. At the top of each section of tower you’re given a moment’s respite in a confessional. You can, literally, throw the bible at other sheep blocking your way on the tower, sending them to their doom to allow you to climb that little bit further. As you play on you’ll start to learn that some of the characters in the “real world” take on a biblical aspect in the nightmare world, too, and it’s all quite clearly a play on the Christian idea of punishing infidelity and the moral sin of temptation. 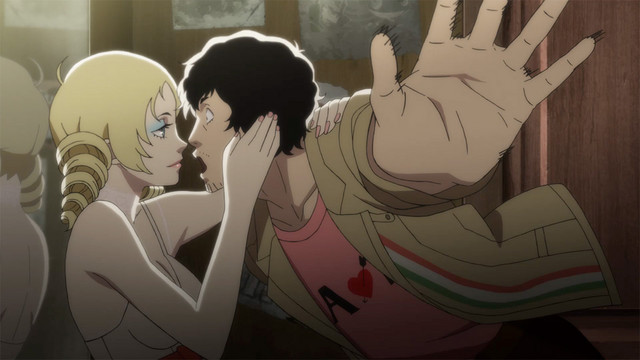 Coming from a Japanese studio, however (and I discuss this a bit in a video on the game), Catherine uses Christianity like other developers here in the west might use Greek or Norse mythology to power their work. It’s all storytelling and aesthetics, and, cleverly, in Catherine the “real world” is largely free of this imagery. It seems to be the developer’s way of suggesting that such a hard line on fidelity and human relationships is an unrealistic fantasy, and a fantasy that punishes people who may well be losers (like Vincent), but aren’t inherently evil. It’s the kind of interpretation that could only come from a culture that largely stands at arm’s length to the religion, as it necessitates seeing it as a mythology rather than a cosmic law, and Catherine is a rare treat from that perspective.

The actual gameplay of Catherine is split in two. About half of the game it plays like a fully animated visual novel, or perhaps “interactive anime” is more appropriate. You spend a lot of time watching Vincent go about his life, and make every bad decision he can, and at times you’ll get to exasperate things by making a choose-your-own-adventure-like decision for Vincent. The other half of the game is the real gameplay “meat”, and that’s the tower sections. There you need to slide blocks around to create a “stairway” of sorts to the top of the stage. You’ll need to do it quickly, too, because Vincent is being chased constantly.

If you’re the kind of person who is good with spatial puzzles, then Catherine will be fairly easy. As someone who is more into crosswords and Sudoku than Sokoban or Pushmo, I found Catherine to be particularly hard, even on the easiest difficulty setting. There are plenty of retry options, and a handy rewind feature to let me instantly take back a move that I regretted. Consequently, Catherine was difficult, but never frustrating. Just a honest, hearty and healthy challenge, packaged up with a narrative that made me want to keep playing on, even though this isn’t usually the kind of puzzles that I pick up when I’m in the mood for brain teasing. 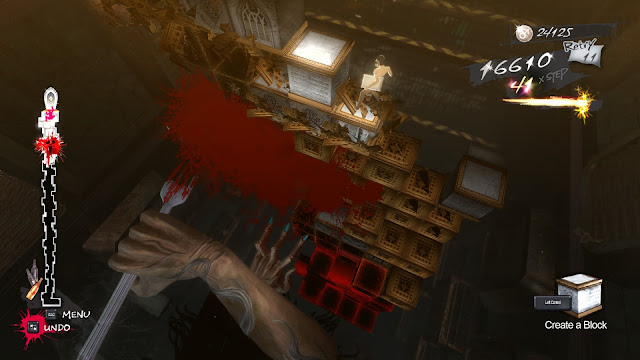 Getting really good at Catherine requires players learn an almost dazzling number of “techniques,” and then be able to implement them rapidly. The game gives you plenty of information to make those snap decisions – you can see plenty of blocks around you, and the next couple of rows (which are essential for planning ahead), but the sheer variety of things that you can do simply by pushing blocks around just goes to show how carefully planned Catherine was.

Catherine is a rare game – it’s one that handles sex themes with maturity and nuance, and then folds gameplay elements into the narrative themes that are enhance the core narrative. There’s nothing superficial about anything in Catherine, and while I can’t compare to the original release on PlayStation 3, I can say that, for anyone who cares about games as an artistic medium, it doesn’t get much better than this.