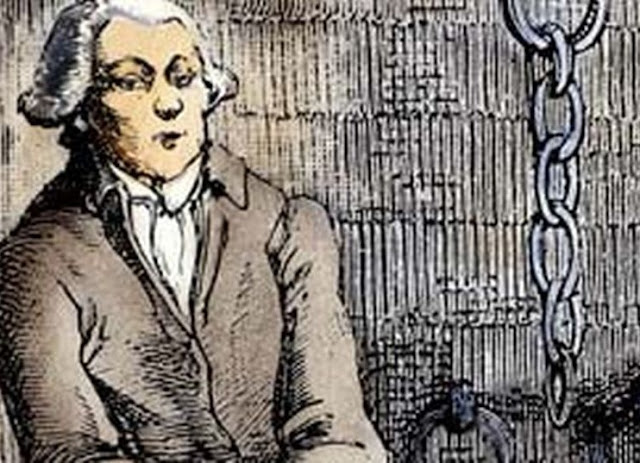 I’ve been thinking a great deal about art and transgression recently. As regular readers probably know, it’s a topic that I regularly come back to. In fact if I’d say there’s any one thing about art that appeals to me, it’s the way that art can transgress; to challenge or even productively offend us to the point that we can be galvanised into seeing a subject in a different way. Transgressive art is often very disagreeable, but in disagreeing with it, it can have a powerful effect, and ultimately, to me, that is what art should be: affecting.

I spent a lot of time back at my university years studying the transgressive, whether that be taking subjects that look at the line between pornography and art, to reading the work of Marquis de Sade and Vladimir Nabokov, or watching the films of the likes of Stanley Kubrick, Gaspar Noe, and Oshima Nagisa. I can almost recite the writings on transgression from philosophers like Michel Foucault and Georges Bataille from memory. It’s a subject that holds intense interest to me.

And that’s why I feel increasingly drained that video games simply don’t engage with the subject. This industry is timid, and it’s exhausting. I believe a big part of the reason that the industry is timid is that it does indeed behave like an industry rather than art form. Commercial interests always trump creative independence, and while the games industry has plenty of great artists, the compromises demanded of them to create are significant enough to be noticeable.

This piece might seem to come at an odd time, given that the industry is currently in a defensive state over being accused of being so violent that it’s inspiring a generation of serial killers. What is transgressive if it’s not something that’s a hair’s breadth away from being banned as a scapegoat?

However, I’d argue that video games violence is anything but taboo, and it’s because of the way that people respond to it. Yes, is has become a scapegoat, but that’s only because video game violence is so prevalent and positively mundane that it’s easy to hit when you throw metaphoric darts at a board of convenient villains. Just about anyone rational – from the media to the industry bodies, developers and community – has been out there with the memes and infographics insisting that violent games have no affect on people. And that’s exactly the point: art that is genuinely transgressive often does gets actually censored, and the defence against it is never mainstream.

A few years ago now photographer Bill Henson had an exhibition of his photography shut down, because Henson frequently uses naked teenagers as the subject of his work. Of course Henson has never been accused of child abuse, nor are his photos in no way sexualised. But nonetheless the immediate mental picture that people had (and you may well have reading this) led to protests all the way to the top: Australia’s then Prime Minster speaking out against the exhibition, and police action was taken.

Authors, including Sade and Nabokov, have had their books banned, if not burned. Universities hold illegal film screenings of movies that have been refused classification. But in every instance there was one thing in common: those artists, and art works, were supported by the platforms and “infrastructure” built around the art. Nabokov was able to find a publisher for his book. The gallery that hosted Henson’s photography fought against having it closed (and eventually won). When a film gets banned you can be sure of two things: 1) universities and film groups will host illegal screenings and 2) people will just import the DVDs, because DVD player manufacturers do not care what discs people stick in the slots. Sure, you won’t be able to get that film on Netflix or iTunes, but there is a credible, robust, and mainstream alternative.

The problem with video games is that the support of the ability for games to transgress is not there. The industry determines what games people are allowed to play, and the community is largely complicit in that – being too busy criticising taboo art to defend it. Video games don’t turn people into rapists any more than they do turn people into serial killing gunmen, but how vocal was the community with the memes and infographics when sexual assault simulator, Rapelay, was banned and pulled off every shelf, physical or virtual? Not very. Ditto when PQube was forced to pull Omega Labyrinth Z by changing policies at Sony. It’s only when games are put under the legal or regulatory microscope for things that don’t address taboo themes (i.e. violence, drug use), that the industry is motivated to come out in its defence.

I’m certainly not suggesting that a work is above criticism just because it breaks taboo. I’ve seen Rapelay in action and that game is worthy of a lot of criticism. The nature of transgressive art is that it will offend some (or many) to the point that some (or many) dismiss the contribution of that work to the discourse around art. Plenty of what I’ve listed above outside of games I’ve been uncomfortable in watching, reading, or experiencing. But the lack of interest from the industry to acknowledge the value of these works as contributors to the discussion around art is a biggest issue. Console manufacturers would all refuse to allow anything that I have listed above onto their platforms. Valve has been inconsistent with its policies towards stuff on the fringe that I’d be surprised if any developer wants to tempt fate. There are a couple of very minor platforms where there is the fierce support of taboo-breaking works, but the commercial realities don’t stack up there; having the ability to stick a game there is very different to having the ability to produce a DVD of a movie, even if iTunes and Neflix have no interest in it.

The lack of commercial support for taboo-breaking art limits a developer’s appetite to produce taboo-breaking art. When the livelihoods of entire teams of people are at stake, that’s not unreasonable on their part. But it is timid of them, just as it is timid for Valve and the console manufacturers to place the desire to avoid criticism ahead of supporting the creative vision of taboo-breaking art. Cinema owners have had police march in and lock audiences out. Does anyone think that Sony, Nintendo, Microsoft or Valve would force a police raid to stop the distribution of a game? It would never get to that point. Those platforms do the policing themselves.

Art forms that don’t have a taboo-breaking fringe are soulless clones merely playing at being an art form. We don’t have the same robust discussions about video games that we do in film, music, or photography because there’s nothing to have the really robust discussions about. The endless ranting and raving around breast sizes in hyper-safe projects is hardly the rich discourse that artists like Nabokov, Sade, Kubrick and Henson have driven. There are still plenty of very worthwhile, beautiful, artistic games, but until videogames can truly shock and challenge, our hobby is closer to television than cinema. Entertaining, but passive.

The Death Mark sequel has a western release date

Video: Exploitation Vs. Art: Discussing the difference in video games