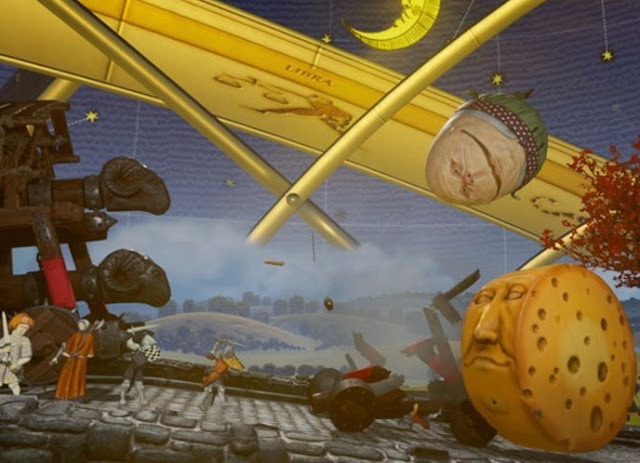 ACE Team has been busy. Having just announced The Eternal Cylinder, the Chilean developer has now also announced Rock of Ages 3: Make & Break.

The big hook in this one, over and above the brilliance of the previous titles, is that in Make & Break you can construct your own levels to play that ball rollin’ tower defence action over. Otherwise, it looks much like the previous games: manic, Monty Python-esque, hilarious good fun.

Rock of Ages 3 will get a release on everything – Nintendo Switch, PlayStation 4, Xbox One and PC. Interestingly, while Atlus published the first two in this series, Modus Games has taken publisher duties this time. With Good Shepherd publishing ACE Team’s other recently announced title, it would seem that the previously close relationship between ACE Team and Atlus has changed – indeed Atlus isn’t publishing much by way of third parties any longer.