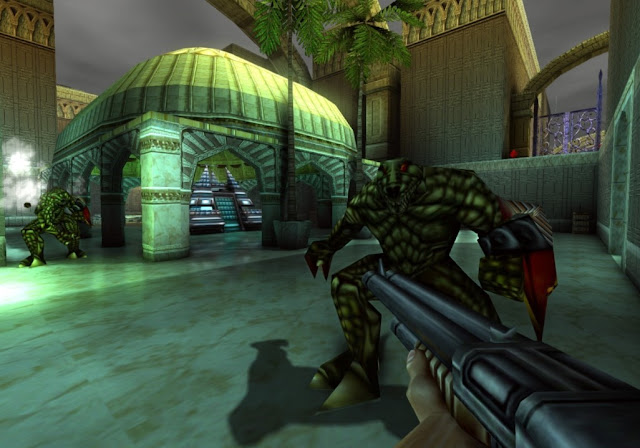 Oh, bugger off, Nightdive Studios. Turok 2 was originally released back in 1998. You cannot possibly tell me that here, in 2019, with all the power that modern consoles allow, you have to actually strip major features out of the remaster of a title from 1998.

I’m talking about multiplayer. Turok 2 – the original release, back on the Nintendo 64 – had a really really good local multiplayer deathmatch mode. I only have vague memories of it now (it being around two decades since I last played it), but I distinctly remember all the great parties I used to have with family and friends thanks to the well-designed deathmatch levels and tight action. If any game came close to Goldeneye 007 as the default multiplayer experience on my Nintendo 64, it was Turok 2.

In fact, I never actually bothered with the single player of Turok 2 back on that original release. It’s not bad. I’ve discovered that now because I sank $20 or whatever into this port and I’ve got the choice of either playing that single player game or playing nothing. It’s not a great single player game by modern standards, because level design is arbitrary and dull, enemy AI is basic, and there’s none of modern design elements that have since become standard with shooters. But I still enjoy the original Doom, and the single player mode of Turok 2 is decent enough for a few hours of play. 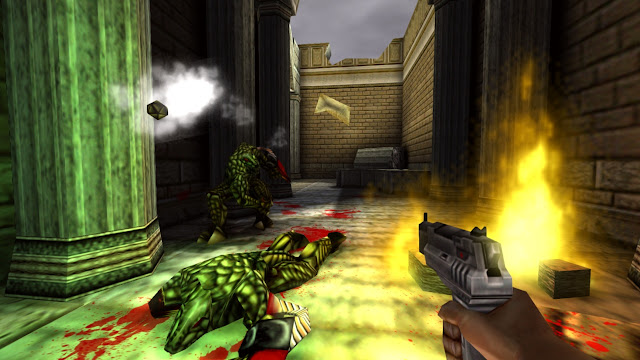 But I’m not here to talk about the single player mode in Turok 2. I’m here to talk about the multiplayer. I admit that I made the mistake of buying this game without first checking that the multiplayer would be in there, but in my defense, this is a port of a game from 1998 and it is truly nuts to think that the developers couldn’t include it on the Switch. The console handles online battles between eight people in the vastly more technically detailed Splatoon 2. It can handle a four-player local deathmatch from a game released 20 years ago. I’m wasn’t looking for anything more than that. A simple offline, couch deathmatch experience to relive a bit of nostalgia for my years with the Nintendo 64.

And apparently that was too much for the developer.

So this is a very short review, but since the developer doesn’t have enough respect for players or the source material to include a core part of the original experience, I’m going to show them as much respect in return. By that I mean I’m going to be lazy as hell. Bugger off, Nightdive Studios.

Review: The Song of Saya (PC)