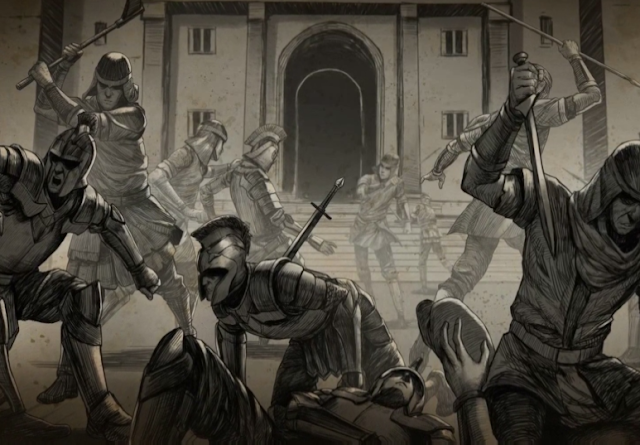 While virtually everyone who has an interest in tactics JRPGs is still knee-deep in Fire Emblem, there was another tactics RPG that has been released over the last week that’s well worth a look. Forged of Blood comes to us from an Indonesian independent team, and while it is laboured by the limitations of independent development to refine something to perfection, it is a very noble effort indeed. Really, the biggest issue that this game has is that it’s on PC. Tactics games do better on handheld.

Forged of Blood isn’t straight tactics. Rather it’s a delightful blend of RPG, empire-conquering real-time strategy, and XCOM-inspired tactical battles. With a dash of Banner Saga-like moral decisions thrown in there too. In fact, the game feels like the developers set up a dart board with all their favourite things stuck on it, and then started tossing darts to figure out what the features in their game would be. In most cases, games that are this ambitious and grandiose in scale fail miserably… especially when they come from independent developers from nations that have limited infrastructure around video game development. Somehow, Forged of Blood manages to lift above the risk to become a game that manages to remain cohesive.

The basic flow of the action is as such – you need to conquer new territories to hold off against rival (and hostile) powers. To do this you form a small war party, and send them to a territory that you want to capture. The journey to this location plays out in real-time, so you’ll also need to be vigilant against enemy incursions into your territory. Thankfully, you’re able to manage up to three parties of heroes, so you can manage both expansion and defense at the same time. 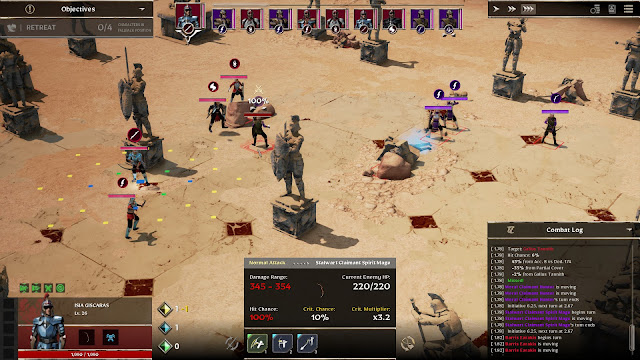 Once one of your units has arrived at a territory, they’ll spend a short period of time in “exploration mode,” before a mission will pop up. This is where the tactical battles play out. Assuming your party survives that battle, you’ll have conquered the territory, and your party members will have each gained a new experience level.

Between all of this you’ll also be frequently called on to make difficult, morally-challenging decisions, and manage your allies, enemy, and population as best you can. As with the likes of Banner Saga, there’s a sharp edge to Forged of Blood, and in many cases you’ll feel like you’re involved in an endless war of attrition – making the least bad of a series of bad decisions against overwhelming odds. Forged of Blood doesn’t quite land the intensity of themes like Banner Saga does, but it’s in the ballpark.

What lets Forged of Blood down is the lack of subtlety in how it handles some of its themes. Racism is one example, with the narrative kicking off with a rebellion of humans looking to slaughter the elvish tyrants (which you play as), and both sides looking down on one another for reasons that are largely attributable to “well, they’re different to us.” Admittedly this is sadly what happens in the real world all too often, but any attempt that you make to hold a nuanced discussion around the topic of good and evil is undone a bit when several of the more serious themes are treated so simply. 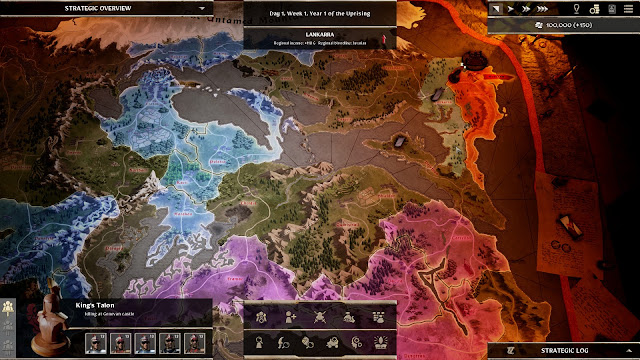 This lack of depth flows through to the alignment system, too. Decisions that you make define your empire across three moral positions. Basically, good, neutral, and evil. Characters and forces that don’t like the position that your nation is taking will desert, which means you do lock yourself into a single alignment from the very start of the game. You simply can’t afford a shift in attitude taking all the characters that you’ve meticulously leveled up, and having them desert you. Being effectively forced into a single decision doesn’t exactly facilitate a sense of moral decision making, unfortunately, so while Forged of Blood does have all the right intentions in the world, it slips a little with the grand vision.

The tactical action, however, is great stuff. Each character has a rich skills and equipment tree to dive into, and you can come up with some wildly creative party combinations. Battlefield skirmishes are never too protracted, and while it doesn’t take long for repetition in battlefields to become an issue, those areas are nonetheless nicely designed and offer plenty of tactical variety. Each battle also brings with it a huge pile of loot, and while the interfaces for both the character leveling and equipment could have been more efficient, there’s so much to delve into there that people who like min-maxing and playing with statistics will have a great time pouring over the many, many customisation options available to them.

One fascinating final element to Forged of Blood is that you’re permanently on the clock. After a certain amount of time passes, the game decides that the way to determine whether you win or not is to have an election, and if you’ve done a poor job, then that vote won’t go your way. This is messily implemented (and another attempt to force the “moral decisions” down a certain path since certain approaches don’t result in votes), and it’s also poorly explained, since the first time I played it came out of nowhere. However, once you learn to expect it, the sense of urgency in the actions helps force you to take risks and tempt fate by pressing on at times, and that’s appealing – especially in the context of a grim war of attrition that the narrative paints. 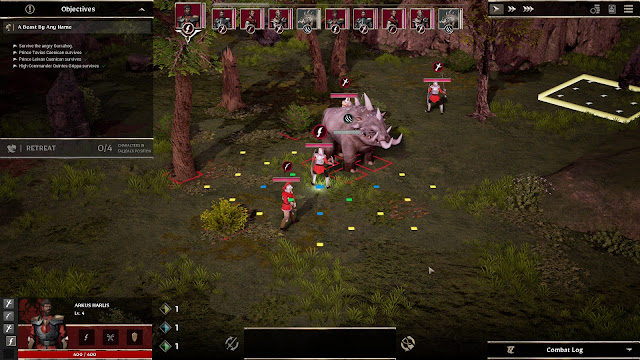 Forged of Blood is ambitious well beyond its means, and it has so many systems at play at once that there are moments where, mechanically, they fall down. Thematically, however, it’s a gorgeous blend of complementary fantasy genres and approaches, and it’s done differently. We need to see more original and different games being made, and it’s great to see something of this vision and presentation coming out of emerging game development nations like Indonesia.

Darksiders II gets a Switch port and release date