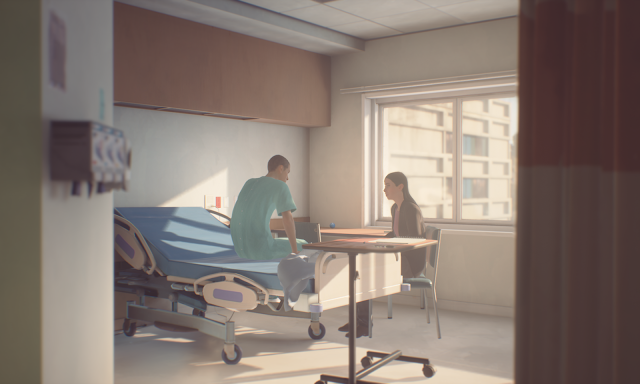 Fair warning: there are fun spoilers ahead for past episodes of Life Is Strange 2, as well as partial spoilers for this episode.

When we last left the brothers, Daniel had inadvertently cause a, um, mishap to occur at the illegal weed farm where the brothers worked with several others who could be called friends. Sean awakes in hospital, missing a month of his life, his brother, and his left eye. It’s lucky Daniel escaped unscathed, let alone got away without the police finding him. What you have told Daniel in the past months will be put to the test as he’s in the world without familial guidance. Sean blames himself for what happened, rather than blaming Daniel. This means that instead of being angry at him, he’s scared for him.

As always, the recap is shown with wolves representing the brothers. Wolves and the idea of a pack remain running themes in the game, and Sean states, “nothing could stop the wolf from following his brother’s tracks.” 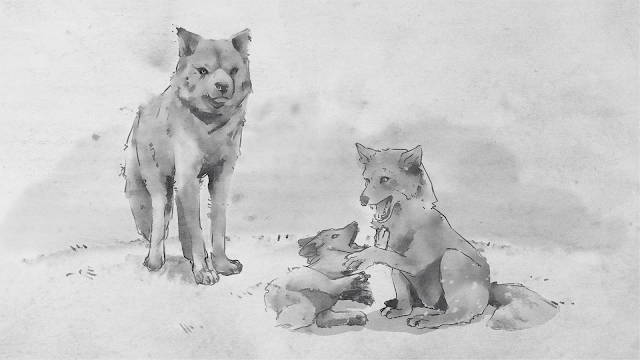 Sean, however, has not escaped police custody and remains under permanent watch from law enforcement while in the hospital. His last night there, before heading to a detention centre and being charged with murder for what happened in Seattle, he decides he needs to break out and find Daniel. This sets off a chain of events I honestly never could have seen coming.

Sean’s hospital stay, as short as it may be in game time, was actually one of the more touching scenes in the game to date. My hope is that anyone who has spent any time in a hospital has encountered the type of nurse who will go above and beyond for their patients; when I was hospitalised for surgery, I witness firsthand the amazing people who become nurses. It really is all guts and no glory, so to speak. Sean was one of the lucky ones, and becomes quite tight with one of the nurses despite his impending incarceration and the permanent police guard stationed outside his door. There are some seriously tender moments, such as when the nurse is cleaning Sean’s wound.

There is a lot of focus put on Sean’s new lack of depth perception, and it certainly impacts the gameplay: when it goes into first-person mode, the left side of the screen is blurry and obscured, and when Sean tries to draw it feels virtually impossible. It’s weird, though: he drives quite well right off the bat for someone who lost half their eyesight. The entire episode, you never see Sean’s empty eye socket – it’s all about eyepatches and trick angles. I’m quite grateful for this, as I’m a rather squeamish person. 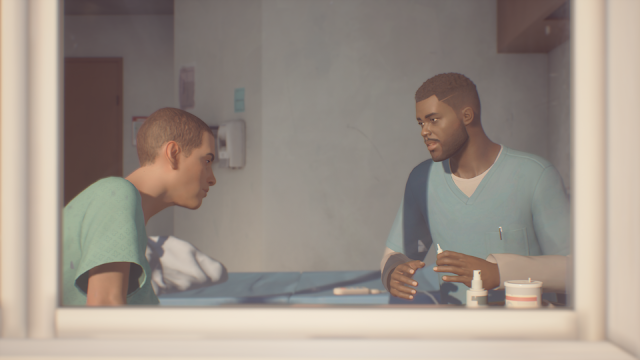 This is another episode set in a different state, with the hospital scenes set in California but the bulk of the action taking place in Nevada. Due to the amount of traveling that takes place in the series, it feels like we’re a million miles away from where we started. Not only that, but this is the only time the brothers have been apart. The entire planet starts to feel foreign.

Racism rears its ugly head again this episode, albeit briefly. I’m reminded of the incident at the gas station, and my stomach turns to knots.

The second half of the episode raises heavy questions regarding parenthood and the concept of nature versus nurture. Is Sean who is because of how he was raised, and by who? After all, his and Daniel’s bother left them when Daniel was still very young. Their dad tried, of course, but being a single parent can be hard and Sean had to grow up fast to help take care of his brother. Daniel, on the other hand, caused tragedy to occur. He grew up fast in a very different way, but always seems to seek out some form of a family. During the first three episodes, while Sean does look out for Daniel, he’s also rather selfish. With Daniel missing, we see Sean abandon his selfish whims to rescue his brother. He would do anything to get him back. 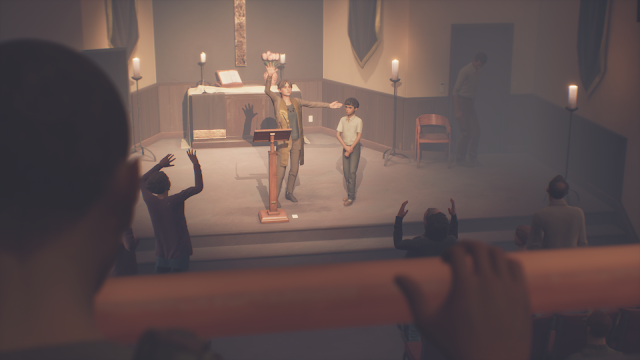 It’s a bit unexpected to learn what Daniel’s been up to in the two months since the weed farm incident. He’s using his powers, openly, in front of others. Did I teach him wrongly? I’ve tried so hard to keep him discrete and hoped it had rubbed off on him. I didn’t expect to fight against religious zealots for the custody of my brother. And I certainly didn’t expect Daniel would fall for their hollow words of the Lord.

Just when all hope seems lost, when Daniel wants to be taken away by the religious group, someone absolutely shocking appears, setting up the finale perfectly.

As always, kudos to music director with the perfect choice of “Meaning (Choral Version)” by Cascadeur. As the episode ends, we hear: 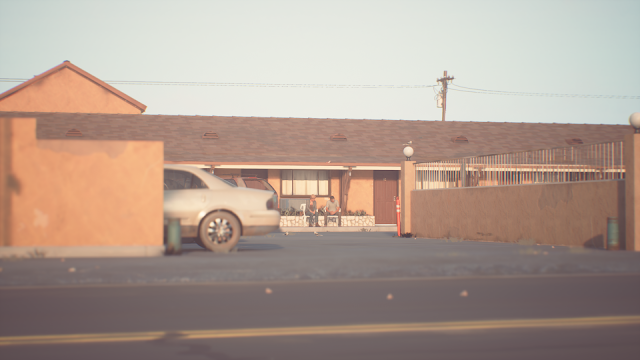 These words relate to what I was saying about Sean having to raise Daniel. Daniel doesn’t understand Sean when he shows up after months apart. He doesn’t understand the decisions Sean had to make to keep him safe. Sean is Daniel’s angel, his roll ignored by someone who just can’t fully comprehend the situation.

Related Reading: Go back to the beginning in my review of the first episode of Life Is Strange 2.

Life Is Strange 2, Episode 4 – Faith isn’t as fast-paced as the past episodes, but instead focuses on the heart, bringing us several tear-worthy tender moments along the way. The big question now: what will happen in the next, and final, episode? Dontnod didn’t shy away from a controversial ending in Life Is Strange, and I expect what happens next to Sean and Daniel to be equally as gut-wrenching. Could they both end up incarcerated for the murder of a policeman and what happened at the pot farm? Could one end up in prison, and the other on the run? Or could they both actually make it to safety down in Mexico?

The final episode of Life Is Strange 2 is due out December 3, so there’s loads of time to catch up if you haven’t yet! It’s absolutely worthwhile to spend hours upon hours with Sean and Daniel, watching them grow both together and apart.