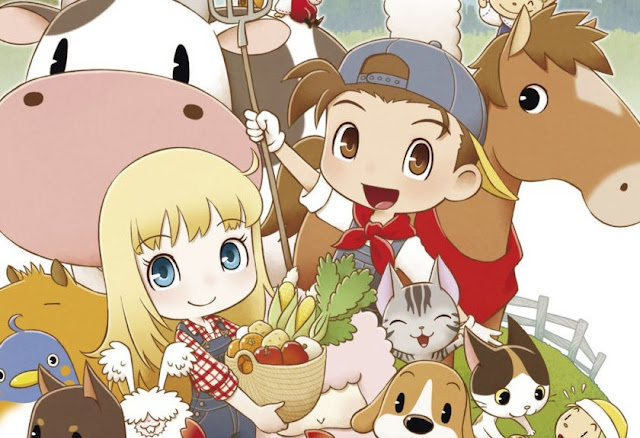 As we reported in the catch-up coffee this morning, there’s a remake of the Game Boy Advance Harvest Moon titles coming to Nintendo Switch. Now we also have a trailer to confirm that this is one adorable little game.

It’s actually called Story of Seasons: Reunion in Mineral Town (rather than Harvest Moon – our bad!). In addition to the rather delightful trailer, we can also confirm that the game will be getting a global release; Marvelous will release it initially in Japan and the Asian mainland markets, but North America, Europe, and Australia will come soon after.

If you’re one of those few people that haven’t played a Harvest Moon or Story of Seasons game before, all you need to know is that they’re the most charmingly inoffensive things you can play. You are a farmer, and your job is to raise cute animals, grow cute crops, and make friends with a small community of other residents. You even get to marry one and start a family!

It’s good, wholesome, innocent fun, and this series has a habit of drawing us back time and time again, even if the core idea has never really changed from way back with the SNES. With Reunion in Mineral Town being a remake of one of the better entries in the entire series, we really can’t wait to get our hands on it!

This new trailer for Trails of Cold Steel III is spectacular