Well this was always going to happen, but I had assumed that it would be post the release of Fire Emblem Three Houses. But, no, that wasn’t to be. The mobile gacha title, Fire Emblem Heroes, now has a number of characters from the upcoming Switch tactics JRPG.


Get lucky and you’ll be able to add Edelgard, Dimitri, Claude or Byleth to your team – these are the major heroes from the new game, so it’s not surprising that they started with those three.
‘There’s also a new story chapter to play through that features the three of them.

All this is well and good, but when am I going to get Hilda, the axe-wielding pink twintails girl, Nintendo? That’s when I might start playing this again.

It was always going to be a big couple of weeks for Fire Emblem-released trailers and things, but Nintendo can’t seem to stop dropping them on us. Here’s a new one, showing off all the stuff you’ll get up to at the academy, away from the battles:


I have to admit that I have very serious issues with this side of the game, as I find it an irritating (and time consuming) distraction away from the strength of Fire Emblem, which is the character-driven narrative and battle scenes.

But still, the game comes part-and-parcel with this element, so it’s unsurprising that Nintendo would highlight it. Just make sure you knock before entering the rooms of the other characters. Wouldn’t want to accidentally walk in on Hilda changing now, would you? (don’t worry, this isn’t actually a thing in the game).

Back on February 1 a humble-looking little title called Wargroove landed on Xbox One, Nintendo Switch and PC. We didn’t actually review that one at DDNet, but it was a very worthy game indeed, as it was basically Advance Wars set in a fantasy world… with the ability to create not just custom levels, but entire multi-chapter, narrative-driven campaigns. That was the real killer touch. 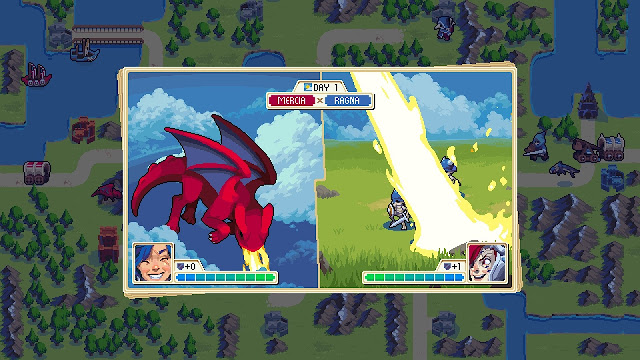 For whatever reason, the game didn’t release on PlayStation 4 with the other platforms, but it has a release date set for July 23 now. Unfortunately, it will be a slightly inferior version, as the Xbox One, Switch and PC versions have cross-play multiplayer, which the PS4 version will be locked out of.

Still, you’ll be able to play multiplayer with other PS4 users, and all the community-made stuff is available. So if you’ve never played this before, the day you download it, you’re going to have thousands of hours worth of stuff to do. You’ll want to, too. This game is that good.

Get some Northgard into you in September

There’s plenty of good quality strategy games coming to console – both turn-based and real-time. Still, keep an eye out for Northgard, because it’s looking like it could be a contender. 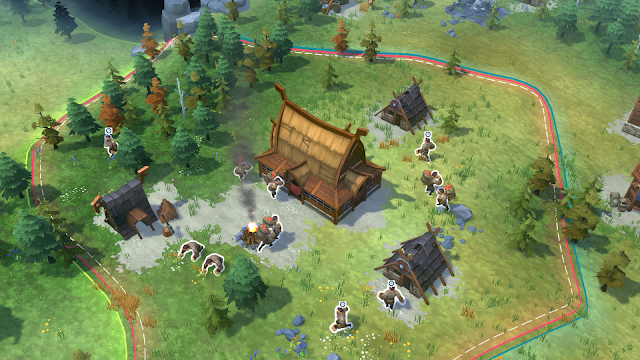 Northgard lands on PlayStation 4, Xbox One and Nintendo Switch on September 26. From the game’s description: Take charge of a Viking clan from the couch or on the go with Northgard’s console-optimized control scheme, giving tacticians just as much command with a gamepad or Joy-Con as they have with a keyboard and mouse. The console release features all the content currently found in the PC version, including the Ragnarok and Relics updates, along with six clans, a lengthy campaign, cooperative and ranked competitive online modes, and more.

It looks like the developer, Shiro Games, is hoping to really push this into a major property, because the company is even going as far as to create a board game based around Northgard. Given that the game seems to be the darling of the PC community, with a 9/10 rating off nearly 14,000 user reviews, Shiro Games might just get there with it.

A month of Final Fantasy XIV: Shadowbringers – Diary 2: A Tale of Light and Darkness

The Starcraft: The Saturday Morning Cartoon Edition is a fun new look at a classic