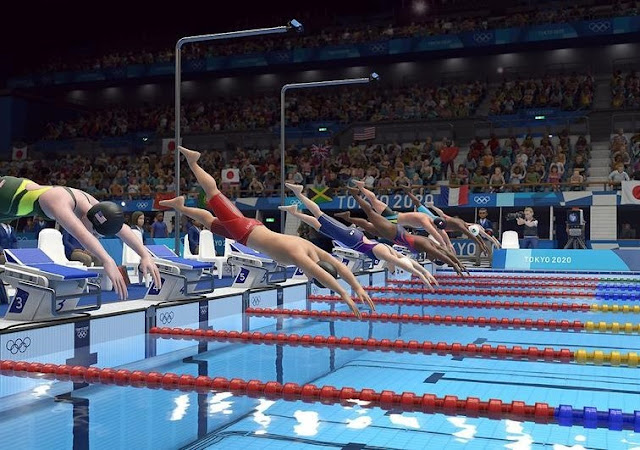 The 2020 Olympic Games is being held in Japan, and that, of course, means it’s going to be the best Olympics ever. There’s going to be a video game tie-in to go with the world’s biggest sporting event, and just like with previous efforts to capture the Olympics through a video game, the release will let you play a wide range of mini-games, each modeled after a separate Olympic event. With every Olympics one developer or another tries something like this, and these efforts have been historically patchy, but the good news is that if you’ve got a Japanese PlayStation or Nintendo Switch account, you can give the new effort a trial run right now courtesy of a demo. Having now played it, It’s not surprising that SEGA would be keen to push the demo out well ahead of time, because this game is shaping up to be real gold.

The demo, which is only available until July 17 (and only playable until July 23), is surprisingly comprehensive. You get local single and multiplayer, as well as online functions, across three events: tennis, the 110 metre hurdles, and the 200 metre swimming medley (where you need to do all four stroke types). Through those three events you’ll come away with a good sense for the presentation standard and refinement of each sport represented within the package, and I’ve got to say, after playing each event once, I’m genuinely impressed.

I’ve written up some quick impressions and video on each of the three events covered by the demo below:

Wow this ain’t bad at all. #NintendoSwitch pic.twitter.com/da1SudffTb

Perhaps unsurprisingly, given that it’s the most complex sport in the demo, tennis has also turned out to be the most interesting. The shot-to-shot action feels really good, and the event sits somewhere between the arcade action of Mario Tennis and a more serious simulation. Points are kept sharp and to the point, which is a good thing as long, drawn-out rallies in tennis games can become a real strain. As a tennis nut, I can easily see myself spending a lot of time in this mini-game alone.

Hurdles is sprinting with those barriers in the way. As such it is a bit of a button masher – remember how way back in the arcades with Konami’s games, everything that involved sprinting also involved mashing a button as quickly as possible? That’s still present here. That being said, mastering the timing of the jumps isn’t easy, and I’m genuinely impressed by the learning curve that this game represents. I can easily see this becoming a competitive little event in party situations, because even the slightest mistake can cost precious seconds off that time.

My first effort at the swimming was an absolute train wreck, but where previous Olympics games have reduced the swimming to a mindless button masher, I think this one will offer a good deal more. Each of the four strokes has different controller actions, and each of those – be it circles or flicks of the control sticks – seems to demand good timing and precision. I guess what I’m saying here is that the fact I suck at it has more to do with my lack of skill than the game, and I found myself immediately appreciating the challenge. Even if, right now, I’m about as competent as Eric the Eel.

Just from my first run with the demo, I am very, very impressed with what the Official Game of the 2020 Olympics is offering. The presentation is gorgeous, with cartoon-like characters but an authentic atmosphere, and each of the events controls really beautifully, striking that balance between arcade-like accessibility, and just enough complexity to give players a chance to master their favourite event. If all the other events in-game are able to reach the standard of these three, then we’re in for plenty of dynamic, competitive action, as we all look to try and shave milliseconds off our best performances. Just as the real athletes do.

The game is due out in Japan on July 24 on PlayStation 4 and Nintendo Switch, for some reason. The western release will come much later, in 2020 and in time for the actual Olympics, which makes much more sense. For people who don’t mind importing, though, the good news is that there’s so much English in the Japanese version (at least, as far as the demo suggests), that this will be an easy import.