Moonlighter, the delightful indie title from Digital Sun Games, has had a busy first year. First, it launched on every current-get console as well as PC. Then, the game received several updates: More Stock Update, Adventure Update, Friends & Foes. But now it’s time for perhaps the most exciting update to date.

The Between Dimensions DLC will add new monsters, a new dungeon, lots of new gear, and trick weapons.

Moonlighter is currently available for PC, Nintendo Switch, PlayStation 4, and Xbox One.

She and the Light Bearer coming to Switch, but no other console in sight

I’m quite saddened, really, that She and the Light Bearer has been announced for the Nintendo Switch, coming June 6. The point-and-click adventure is currently available for PC, yet my PS4 is what cries for it at night. Here’s a story trailer for the game:

The title follows The Little Firefly, seeking its mother within an unknown forest. The forest requires a lot from Little Firefly, who must prove their worth by solving challenges and puzzles along they way.

She and the Light Bearer is gorgeous, with fully hand-drawn visuals and an acoustic soundtrack. There’s no better time to check it out! (Unless you’re me, and then you wait some more…)

A new Harvest Moon is announced

Not the Harvest Moon we all loved from years ago, the new Natsume ones are questionable at best. Also, why bother waiting for E3 when you can announce a new title now and have it lost amongst the crowd? 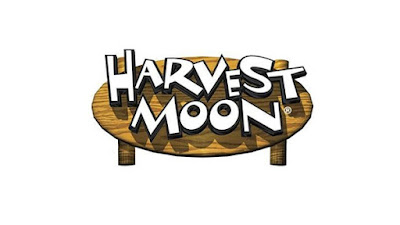 Harvest Moon: Mad Dash is the next title in the series. It will launch for the PlayStation 4 and Switch. My issue is the title… Harvest Moon has always been about being calm, cool, and collected, not dashing about.

We’ll learn more about the title on June 11, at E3. Natsume president and CEO Hiro Maekawa said in a press release, “Fans might be surprised at what we have in store for Harvest Moon this year. This different take on the Harvest Moon experience will let players enjoy the classic features of the series in a new and exciting way!” Ummmmm thanks but no thanks?

Bug Fables coming soon to a console near you

Bug Fables follows Vi, Kabbu, and Leif as they embark on quest through Bugaria, seeking treasure and immortality with The Everlasting Sapling’s leaves. Use the bugs’ unique abilities to solve puzzles. Battles are turn based, perhaps my favourite feature of the title at this early stage.

The game will release for PC, PlayStation 4, and Switch sometime this year.