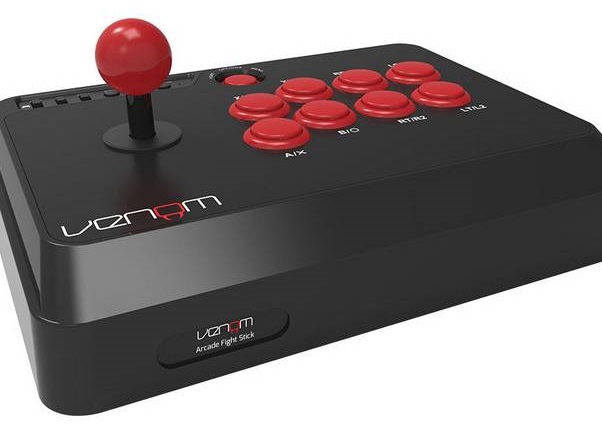 I am, by nature, a fairly tranquil soul. I desire little more than a sense of zen-like harmony with a side order of peace and goodwill. But put a fighting game in front of me and I’m going to beat the crap out of it. Hey, nobody’s perfect.

This is why every person should have a fight stick. And, for the uninitiated, we’re not just talking about beat-‘em-ups here. These devices recreate the controls of a Japanese arcade cabinet and have the potential to utterly transform your old-school gaming experience. Whether it’s Street Fighter or Space Invaders, fight sticks give you a visceral feeling of button-mashing mayhem that you just can’t get from a controller.

Venom’s Arcade Fight Stick fits the bill for anyone looking for a reasonably-priced reminder of what it’s like to play a proper arcade machine. It’s a multi-format device, with advertised support for PC, Xbox One, PlayStation 4, and Nintendo Switch. In addition, it has a handy option to select the older Direct Input format, which should give it compatibility with a wide range of legacy titles. 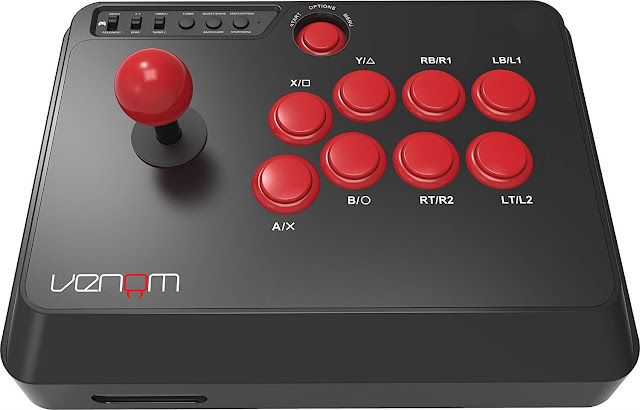 Physically, it’s pretty well made for an entry-level device. Weighing in at 1.5kg, it’s quite a bit smaller than some alternative high-end offerings, making it ideal for casual living-room play. Nevertheless, the chunky plastic surround and metal faceplate should be enough to weather a fair bit of punishment, and the unit has enough heft not to slip off your knees during unusually vigorous bouts of arcade combat.

The joystick itself is a square-gated affair with a fair bit of travel. The action feels looser than you’d find on a pro arcade cabinet, but it still manages a decent feeling of precision due to distinctive clicks as the internal switches activate. Similarly, the 8 main buttons have a lightly sprung response which will be adequate for most users. However, if you’re a purist, then it’s possible to swap out the stock joystick and buttons and replace them with genuine Japanese Sanwa Denshi parts instead. I’ve opened the Venom up and it looks like a fairly easy mod to make, even if the total price might end up rivalling the cost of higher-end controllers from the likes of Razer or Mad Catz.

Venom have made a couple of other compromises in the name of producing a multi-format device. Most significantly, PS4 and Xbox One users will need to plug an official controller into the Arcade Fight Stick’s USB slot in order for things to work. This isn’t a particularly elegant solution, so it’s fortunate that the unit supports Switch and PC without the need for any additional wires. And, while we’re talking cables, there’s no internal storage compartment for the unit’s 3-metre USB lead. This is something that’s standard on costlier devices, but the lack of it makes things a little untidy here. Finally, larger-pawed gamers like me might rue the small form factor, as there’s really no place to rest the palm of your left hand during long gaming sessions. 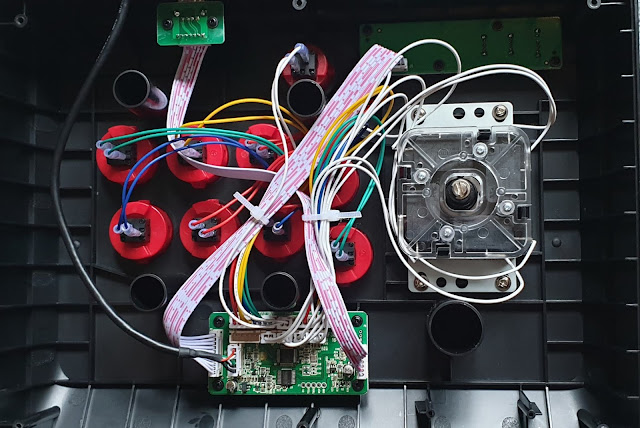 I put the Venom through its paces with around a dozen games, ranging from ancient DOS-based vertical shooters on GOG.com to the latest Switch titles. The best experience came with simpler games built around arcade-style play. Using the Venom with remasters of older titles put a massive grin on my face (Out Run! R-Type!) as did more recent platformers such as Donkey Kong: Tropical Freeze. Many modern racing games also suit the Venom Fight Stick fairly well.

As you’d expect, not every game fits the fight stick experience, and it’s obvious that anything needing twin joystick inputs is right out. However, the Venom mirrors the placement of a standard controller’s A, B, X and Y buttons, and the trigger and shoulder buttons are represented too. This means that with a bit of patience, and no small amount of manual dexterity, it’s theoretically possible to play many recent big-name games using this stick. On Switch, this task is slightly hampered by Nintendo’s insistence on swapping over its hardware’s A and B buttons relative to the Xbox equivalents, making the Venom’s Xbox-centric button labelling a mite confusing. For this reason, I’d probably stick to the official controller when it comes to anything too complex.

All in all, the Venom Arcade Fight Stick is a good choice. It provides a decent arcade experience at a decent price, and there’s always the opportunity to upgrade the components should you get the fight stick bug. The unit’s cross-platform versatility is a welcome addition, even if it does come with a few drawbacks, and the solid build quality promises to deliver many happy hours of old-school button-mashing mayhem. Sadly, it doesn’t come with any zen-like harmony. If that’s what you’re after then you’ll have to bring your own.