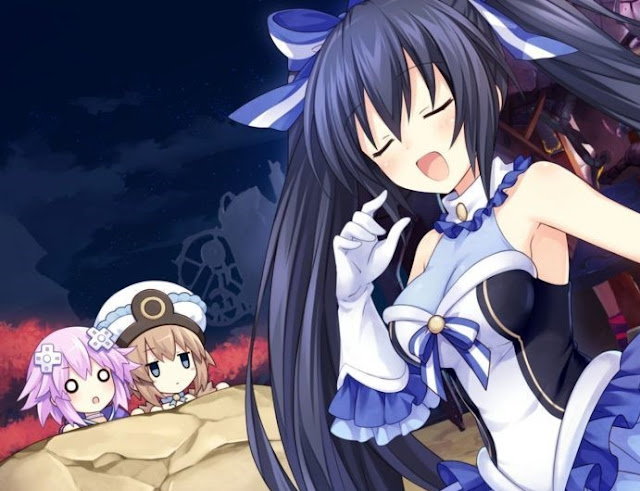 Here’s a review of two contrasts for you: As a 2D platformer JRPG, Super Neptunia RPG is good fun and well made. As an entry in the Hyperdimension Neptunia series, it’s a disappointment. Your mileage with this game is going to depend on two things: how familiar you are with the characters from Idea Factory’s premiere franchise, and whether you liked them in the first place.

If you’re relatively new to the Hyperdimension Neptunia series – new enough that you wouldn’t even have a favourite girl yet – then you’re in luck, because that lack of familiarity is to Super Neptunia RPG’s benefit. You can enjoy the clean, well-designed gameplay mechanics, and the highly accessible combat system. You can marvel at the truly stunning 2D art, and superb animations of each of the characters. You can enjoy the elegant music which is, frankly, better than anything we’ve seen in previous Hyperdimension Neptunia games anyway, even if it sounds nothing like them. Super Neptunia RPG wasn’t made by Idea Factory, or even a third-party developer that shares a similar creative sense, such as Tamsoft. Super Neptunia RPG was made by a group of Canadians from across the ocean (Artisian Studios), and while they are clearly fans of Idea Factory’s work, it’s painfully and instantly obvious to anyone who is a fan of the series that Super Neptunia was made by a different group of people.

The character discrepancies between what the Canadians have designed and the Idea Factory originals come thick and fast, and immediately. Neptune’s no longer a shrill airhead. She’s still a fourth wall-breaking, light-hearted character, but her character eschews the ditzy ability to roll with the most extreme punches of Idea Factory’s Neptune for a character that comes across as downright rational at times. Noire, meanwhile, is only vaguely a tsun (but not really), and Blanc cold detachment is replaced with a monotone delivery, and her infamous anger is now too performative and forced for its own good. And sexual deviant-adjacent Vert is… well… not Vert. Let’s leave it at that. If you’re not intensely familiar with the characters then the discrepancies don’t necessarily matters, but if you are, then as the discrepancies mount up, Super Neptunia RPG starts to look and behave like a game that would have been better served if it wasn’t a Neptunia title at all. 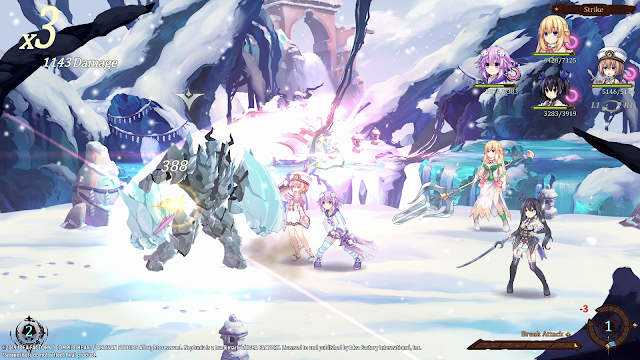 The problem the folks at Artisan Studios have had to deal with is that the entire appeal of the Hyperdimension Neptunia is found in the characters, each of which stand as a proxy for one of the game consoles, and the entire series is an ongoing joke around console fandom and various other elements of otaku culture. Remove the characters from the equation, and the franchise is left with little more than some silly enemy designs and a workable – though never inspired – combat system.

Super Neptunia RPG has indeed removed the characters, replacing them with shells that very much look like Nep Nep and the gang, but don’t behave like them. The developers have even gone one step further than that, and also done away with the nonsense enemies. Hyperdimension Neptunia’s enemies included space invaders, Mario Bros. pipes, and (literal) screenshots. Super Neptunia’s enemies are far more aesthetically pleasing and well designed, on an objective basis, but you don’t get the same hilarity of beating up screenshots when you fight them. The Dragon Quest Slime-like Dogoos are there, but for the most part, the other enemies are replaced with more standard JRPG fare.

You also won’t be using weapons designed like Keiji Inafune’s head to kill those enemies, or any of the other balls-insane weapons and super attacks that have shown up in Hyperdimension Neptunia over the years The items and weapons are much more standard and… dull… this time around. Even the infamous fan service of Hyperdimension Neptunia is largely gone. There’s a couple of scenes in which ample bosoms and colourful panties take centre stage, but it’s hard to shake the sense that this time around it’s thrown in there out of a sense of obligation. There’s certainly none of the context for the fan service in Super Neptunia that the main series has. Where the other titles in the franchise use it to reinforce the manic ridiculousness and over-the-top nature of the narrative and storytelling, in Super Neptunia it’s there just because that’s how the developers think Neptunia games work. 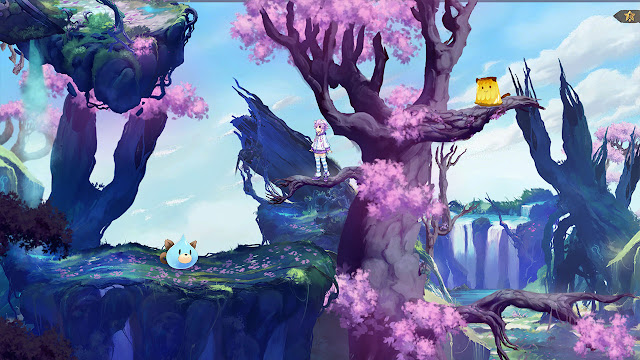 All of this is unfortunate, because if Artsian Studios had have developed this into its own game, it would have been much more comfortable in its skin. With original characters and narrative it would have been so much easier to focus on Super Neptunia’s strengths. The art is the best that we’ve seen in a 2D RPG since Ubisoft’s Child of Light. This really is a gorgeous game. As I said above, it plays nicely too, with a clean combat system and some light Metroidvania elements to the platforming. I’m sure the issue is cultural – it’s relatively easy to appreciate another culture’s sense of the wild, weird, and funny, but it’s much harder to actually emulate that, and Canada and Japan do have very different cultures. That just raises the question on why a western developer was given a Hyperdimension game – of all properties – to try and emulate, though.

The skill system is a delight to play around with too, cribbing itself almost completely from the likes of Final Fantasy Tactics Advance. Each piece of equipment needs to be worn or used for a certain number of battles, because each piece of equipment conveys new skills to the character, but for the character to use those skills without having the equipment equipped, they first need to “master” it through prolonged use. You’ll often find yourself giving the characters lesser equipment, because the skills offered by that equipment are too good to pass out, and I like any inventory system that encourages players to play around with less-than-optimal equipment sets at times.

Were Super Neptunia too lengthy, the simplistic elegance of the combat system would eventually give way to a tiring grind, but thankfully it doesn’t do that, and the developers demonstrate an excellent sense of the limits of what they’ve created. Likewise, it’s not too challenging, because that would be to the detriment of the breezy, relaxed tone of the game. Really, the only mechanical issue I had with any of Super Neptunia was the clumsy interface for using items. Having to pause the action and bring up an entire menu every time you want to use a specific item in battle is a truly archaic way of doing things. 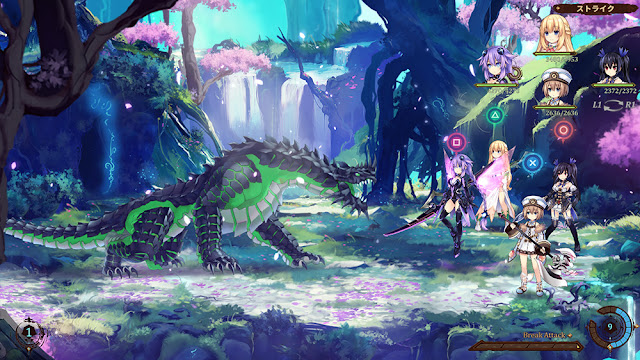 It’s light, breezy, gorgeous, and a joy to play. There’s so much to appreciate about what Super Neptunia is and what it does. It’s just unfortunate that the developers struggled to properly capture the characters that are the core and soul of the Hyperdimension Neptunia series, but it such a significant misstep to make. Tonally, thematically, and at the very foundational level, Artisan Studios has largely missed the mark on what has made Nep Nep and her friends such a great mob over nearly a decade.