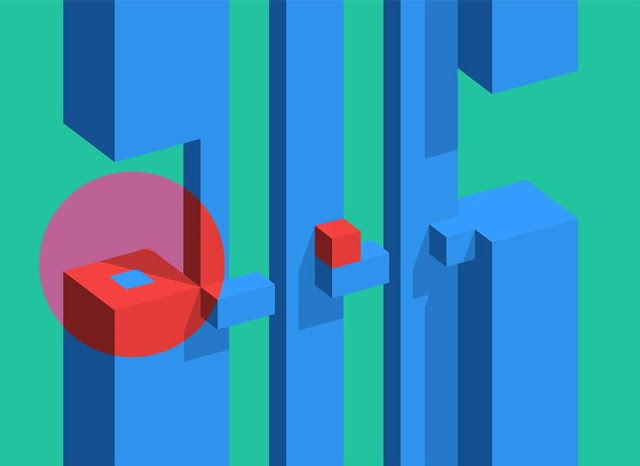 Have you ever played a game that you recognise as being well-made and executed, but you just can’t muster up any enthusiasm for it? That’s Vectronom. Sitting here to write the review, I can’t think of anything that is really wrong with the game. At the same time, I can’t think of a single reason that I’d want to play it again.

Vectronom is a puzzle/rhythm game that wears its indie heart on its sleeve. Environments are simple, pulsating colours. The “protagonist”, as such, is a cube, and the levels themselves are constructed out of more cubes for the protagonist-cube to skip along. It’s the very epitome of minimalist design, relying instead to hook players in through its gameplay loops, and thankfully for the game those loops are pretty strong.

Vectronom looks like a puzzle/platformer, but is in actuality a pure rhythm game. You’ll need to navigate your little cube through environments to the beat of the pulsating rhythm to reach a goal. Then, when you’ve reached the goal, you’ll need to either turn around and get back to the start, or reach a second goal further down the track – this time while collecting little glowing cubes if you can. Once that’s done it’s time for the score to pop up, telling you how many times you failed along the way (had the cube explode by running into traps), how accurate your rhythm was to to the music, and so on. Then you move on to the next level. 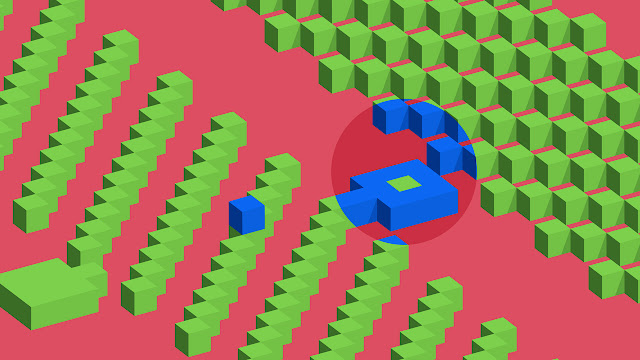 There’s a good escalation along the way. Originally levels seem simple enough, but it’s not long until you need to start contending with platforms that appear, disappear and move in time with the music. Furthermore, at the start of the game you can muddle your way through without paying particular attention to the music, by the time you’re halfway through, if you’re not hitting those beats with every movement of the cube, it’s game over. Vectronom is a surprisingly demanding game for its minimalistic presentation, and I can’t think of many less forgiving rhythm games out there, outside of (perhaps) Nintendo’s Rhythm Heaven series.

Vectronom is made a little too challenging for its own good by requiring dexterity over the buttons in addition to precision timing. Because the cube can move in four different directions, and is often called to make incredibly quick changes in direction, being able to roll the finger over the control pad is an essential skill, not unlike how it is with fighting games. Fighting games have looser timing windows, however. Much, much looser. Furthermore, because Vectronom plays out from an isometric perspective, there’s a level of abstraction between the button that you’re pressing, and the direction that the cube moves on-screen. I’m not bad at rhythm games by any means. I play Hatsune Miku, DJ Max, Cytus, Deemo, Voez, and any other rhythm game out there on “Hard” for fun. Outside of games I’m a fully capable pianist, and a competitive dancer. Rhythm is a big part of my everyday life, and through Vectronom I had no difficulty in comprehending the rhythm side of the action. Vectronom’s real difficulty comes in grappling with its controls and visual perspective which, while simple, are simply not particularly suited to the kind of precision that a rhythm game demands.

Another issue I have with the game is that it demands absolutely complete precision on the beat. This is an issue with pretty much all rhythm games, in that they’re not really musical, because musicality involves using the front, middle and end of a beat of music, as well as the spaces between the music. Games are a series of binaries, however, and the analogue nature of music is difficult to translate properly. Unfortunately, it’s more pronounced in Vectronom, because any deviation from the exact centre of the beat will result in the player being punished. For example, with a Hatsune Miku title, you still get “good” scores registered for playing at either end of the beat. You won’t get the absolute perfect score, but you can still walk away from the track satisfied that you’ve properly completed it. With Vectronom, however, my little cube had a habit of falling off a disappearing platform into the abyss, even when I could still see the platform, because I was a shave on the backwards end of the beat. Video games tend to reduce music to a scientific formula that isn’t really a good reflection on music, and Vectronom is one of the more explicit examples of that. 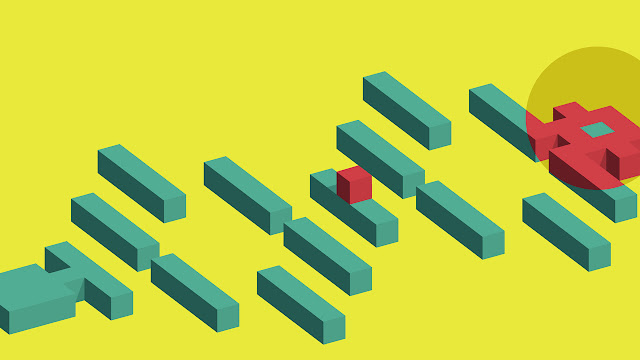 Still, it is a gorgeous little project, with a bold use of colours to give the game a richly abstract aesthetic. The way platforms and spikes pop into and out of existence is trance-like, which perfectly suits the nightclub electronica soundtrack that thumps along in the background. It’s not exactly subtle, with each piece of music having a beat that calls to mind the maddening insistence of a metronome, but at least you’re given every chance to find the beat as you’re playing. The more a piece of music relies on an inherent ability to pick up a subtle or invisible beat in melody-orientated music, the less appropriate it is for a rhythm game designed for everyone to play.

Vectronom is well made and attractive. It’s got a strong sense of minimalist style, and as difficult as it is, it’s also entirely fair, and once you’ve learned its rules and behaviour, it becomes comfortable, albeit difficult, to play. At the same time, this game crystalises some issues with how rhythm games as a whole handle music, and while its various stages are well designed enough, there’s nothing truly memorable in there. It’s an indie game that wears its heart on its sleeve, but unfortunately also struggles to stand out as anything but a textbook example of an indie title.

Square Enix dumps all its Final Fantasy music on Spotify