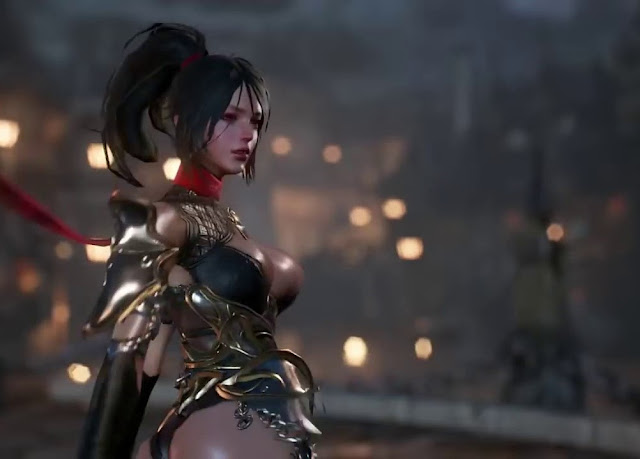 Blade II is a good example of everything wrong with the mobile gaming space. It’s a shallow, vapid, and completely pointless waste of time to play. Removing the microtransactions and free-to-play monetisation and instead asking people to drop money on it up-front doesn’t fix things, either. If anything it makes it worse, because now all the elements in Blade II that were designed around the monetisation model exist without any context whatsoever.

The problem with Blade II – and far too many other mobile titles, is the way that it has been designed. In principle this is a brawler, and something of a mix between Diablo and the earlier God of War titles. You’ll run through a gauntlet of basic enemy battles, before getting to a boss. Put that boss down and you can move to the next level. The first issue is how short these levels are. Because free-to-play monetisation relies on you spending a lot of time in menus and outside of the gameplay itself (because that’s where they can offer you cool stuff in exchange for cash), levels are over in just a couple of minutes. Because they’re over so quickly, they’re overloaded with the combat stuff, with nary a second dedicated to anything that doesn’t involve killing things. The blink-and-you’ll-miss-it action never gets a chance to set a scene and create atmosphere, let alone be creative with enemy designs, or offer interesting levels to explore, and that’s all because the developer wants you to spend more time in the menu than actually playing the thing.

Compounding this issue is the lack of context or substance to anything you’re doing. Blade II is – I think – meant to be a gothic horror adventure, but there’s no effort that has gone into anything not immediately responsible for driving players forward. Anything more than a line of dialogue just isn’t efficient enough for a mobile game, and as a result Blade II’s narrative progresses at little more than a text box or two, doled out per level. That’s not enough room to create anything even approaching interesting characters or personalities with this structure. Hell, I couldn’t even work out if the developers were aiming for something satirical or serious in nature while I was playing. Twitter is an irritating platform at the best of times. We don’t need to start telling our stories as though it were delivered through tweets. 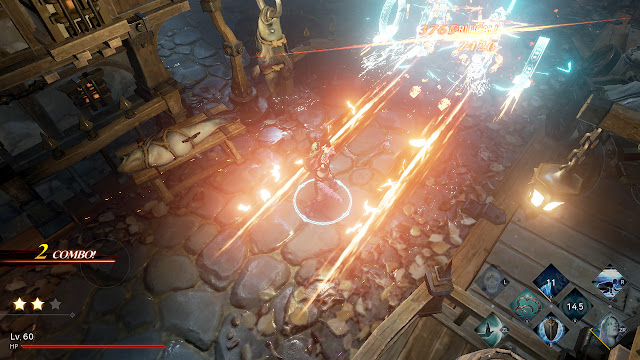 If you’re not playing for some kind of interesting narrative, then, what is meant to push you through Blade II? Why, stars, of course. At the conclusion of each level you’ll earn between zero and three stars, based on whether you’d completed optional objectives within each level. Those objectives are generally tied into playing the game in a certain way – blocking and counter-attacking a certain number of attacks, for example, or using fewer than a certain number of abilities. It just comes across as a clumsy attempt to try and hide how poor the combat system is by hiding the rewards behind useless abilities. For example, the block button is atrocious. In order to land a counter-attack, you need to time the block perfectly, which is hard enough when you’re facing one enemy, thanks to the size of the screen on the Nintendo Switch and the minimalist animation of the enemies and their attack routines. When you face two or more enemies, the melee is such a blur that you’ll end up rapid-fire pressing the button and hoping to launch a counter attach through sheer luck.

The three-star system is also a less-than-subtle way to lengthen the game by forcing you to replay levels over and over again in order to “complete” them. I intensely dislike games built around a single player experience that do this. A developer that would force you to repeat levels simply because that’s the only real goal of playing is a developer that has no respect for your time. Particularly when there’s no context to that action. It’s like the developers felt that their work was self-evidently enjoyable and players would appreciate the repetition for the superficial gains and the pleasure of seeing a full score card of three-star ratings. If so, the developers vastly over-estimated their talents.

If you were expecting the moment-to-moment action to be at least enjoyable, you’re in for a let-down. In addition to the clumsy mess that Blade II descends into every time there’s more than a few enemies on screen, skills are poorly balanced, and, considering that you’ll be unlocking them until level 60 or thereabouts, there’s so little meaningful difference from one special to the next to make earning any of them inspiring. In combat each ability has a timer, and because the standard attacks and block/counter-attack button are so weak and worthless, respectively, you’ll end up running around in circles waiting for the specials to become active again. This is particularly true of the bosses. It doesn’t make for interesting or dynamic action. 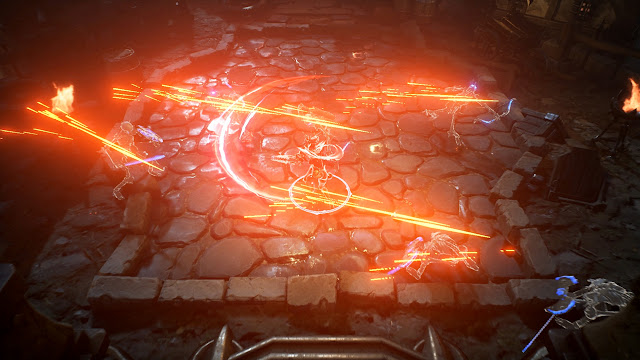 Nothing in Blade II has a sense of permanency to it either. Equipment degrades after a couple of levels, forcing you to constantly replace bits of equipment. Of course, with the mobile game, this was because the developer wanted you to spend money on getting awesome, rare bits of loot. On the Switch it just feels like yet another arbitrary system that will make you not even want to use your coolest weapons. Other games have durability systems, sure, but with them it’s baked into the theme of the game, or alternatively it’s part of the challenge. With Blade II, you’ll eventually be able to overcome any challenge simply by button mashing your way through and grinding away levels. The equipment system is a thinly-veiled advertisement to flog off digital junk… only, again, with the Nintendo Switch version you can’t actually spend money on the loot, making the equipment system feel completely pointless.

Blade II is a great example of what happens when you let a content-driven business make a content-driven game. There’s plenty in there to do, but doing any of it is a complete waste of time. Sadly, games like Blade II are far too common, and happen right up and down the industry, from the tiny indies making mobile titles, right through to the biggest companies churning out the blockbusters. The contentification of video games is a plague, and Blade II is one of the most egregious examples of that.