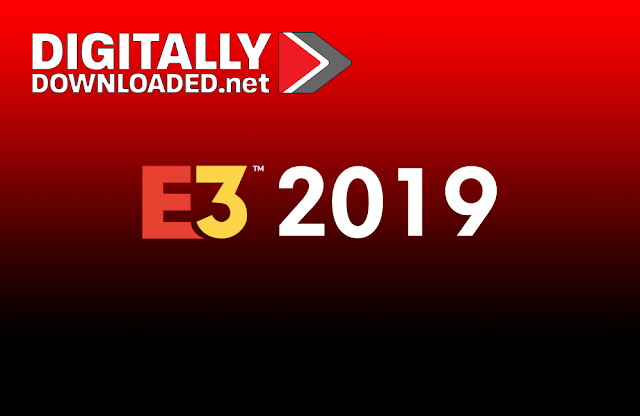 Hello everyone, and welcome to the first of our E3 press conference coverage! Up to the plate is Microsoft’s Briefing. From blockbusters to Indies to a next-gen console, we should have lots to learn about. So let’s dive in! You can follow along with the entire stream here.

We begin in outer space. Corporations rule the world… until a stranger arrives, ready to fight. You decide what kind of person you want to be. From Obsidian, The Outer Worlds will be available on Xbox Game Pass at launch.

From Ninja Theory, Bleeding Edge is an exciting game several years in the making, even before the developer joined Microsoft last year. This is Bleeding Edge, available on Xbox Game Pass at launch. The title is four vs four melee-styled, with loads of characters — Buttercup is already my girl. A technical alpha starts later this month.

Ori and the Will of the Wisps

This sequel to Ori and the Blind Forest is instantly recognizable. It will be available on Xbox Game Pass at launch, set for February 11, 2020.

A brand new games from Mojang, but it still looks like Minecraft just plus RPG. Same villains, same environments. Minecraft Dungeons will be available on Xbox Game Pass at launch in Spring 2020. The game promises four-player local and online multiplayer.

He’s the head of Xbox, for anyone out of the loop. This moment is about gamers, discovering your games, your achievements, your friends. Ugh, gamer is such a dirty word. Player is much better. Gaming is for everyone. This promises to be the largest showcase of games on stage this year: 60. 14 from Xbox Games Studios, with over 30 premiering in Xbox Game Pass. Oh, and there will be more about the next new Xbox console.

Starts off looking Wall-E but quickly turns into what is obviously a Star Wars title. This November, become a Jedi. Star Wars: Jedi – The Fallen Order. The main character’s (Cal Kestis) voice is a familiar one, Ian from Shameless (US).

Time for a world premiere. Someone is running in the dark woods, but from what? Whatever it is, its effecting their electronics. You’re searching for a missing child but things go very wrong, very quickly. It’s very Blair Witch, with a person standing in the corner. Oh, it is a Blair Witch game, what do you know! Blair Witch will be available on Xbox Game Pass at launch. Developed by Bloober Team (Layers of Fear, Layers of Fear 2), you know it will be good.

From CD Projekt Red, here is a grungy, neon-lit world. A very violent world, apparently. “Wake the fuck up, Samurai. I’m Keanu Reeves.” Oh look, it really is Keanu Reeves! A vast open world with a branding storyline and character customisation…. nothing new. Body modification is an obsession (kind of new). Cyberpunk 2077 will release on April 16, 2020.

A world premiere. Spiritfarer will be available on Xbox Game Pass at launch. Build a city on a boat while caring for plants and animals and exploring the world around you… and learn how to say goodbye. This game looks perfectly charming, I cannot stress that enough. Thunder Lotus. 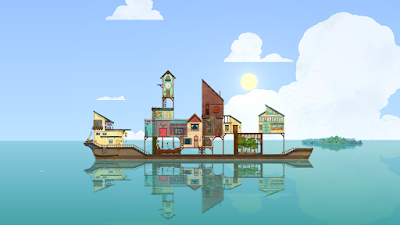 Battletoads are back with three player couch co-op (what an odd number).

Rigtime: The Legend of Wright

This game takes place in a a sketchbook and it’s just so innovative. The pencil-sketch graphics reveal an epic journey of puzzles and platforming. Rigtime: The Legend of Wright launches next year.

Microsoft always whips through these titles, so here’s the list:

Sarah Bond from Xbox Partnerships comes on stage. ID at Xbox has always represented the best of Xbox Games, in my opinion, and being available at launch through Games Pass gets those games into more hands. Today, three more games have been added: Batman Arkham Knight, Metro Exodus, Hollow Knight, Borderlands Handsome Collection. Xbox Games Pass for PC will bring the entire Halo Master Chief collection to PCs for the first time. The service launches today in an open beta, and promises over 100 titles by August. Xbox Game Pass Ultimate is one price for Game Pass for Xbox, Xbox Live Gold, and Game Pass for PC.

A world premiere, and a title available on Xbox Game Pass at launch. I’m terrible at flight simulators, but that doesn’t mean they don’t interest me immensely. This is the return of Microsoft Flight Simulator.

The title is available on Xbox Game Pass at launch, and launches this (Northern) fall.

Welcome to Colorado! There’s so much to see and do in this post-apocalyptic winter wonderland. Meet new friends! Grab a souvenir!

Head of Xbox Game Studio, Matt Booty, is on stage to announced that Double Fine Productions is joining Xbox Studio. Double Fine should be familiar to our readers, developing Psychonauts and Brutal Legend. And there’s a brand new trailer for Psychonauts 2!

Oh good, because the world needs more Star Wars. Okay, maybe it does when the Star Wars is in Lego form; even I can get behind that! This is all nine films in one game. Lego Star Wars: The Skywalker Saga will release next year.

My stream went kaput at this point, refreshing onto a new Dragonball Z game.

Annapurna is trustworthy, especially when it comes to all things spooky. In a groundhog-day like scenario, a man seems to be reliving his own death. This trailer is super suspenseful. The entire thing is top-down 3D animated, very unique. 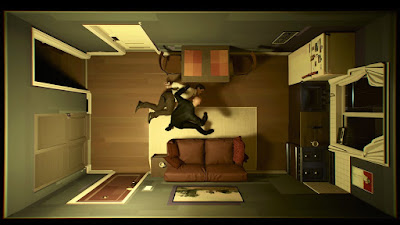 Way to the Woods

You appear to be a pair of deer, exploring a city environment. Trying to find their way home, presumably. Available on Xbox Game Pass at launch. 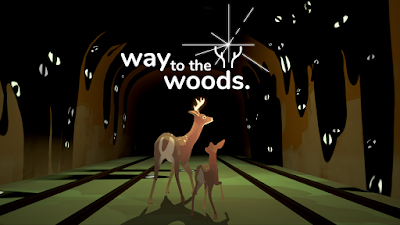 It’s time for another unnecessary sequel! One September 10, play early with the Ultimate Edition or Xbox Game Pass Ultimate. There are is a new mode, Escape, an aggressive three-player battle. And on-stage there are a LOT of pyrotechnics. Oh, and there will be a Terminator character pack.

“More elite than ever.” Is that really necessary, being so elitist? It features adjustable tension thumbsticks, a new trigger grip, shorter hair triggers, and modular customisation. Designed for extended gameplay, Xbox promises 40 hours per charge.

This sequel launched next spring.

This trailer is a world premiere, although Forza tends to be mostly predictable… until now. That’s right, Forza Horizon 4 includes Lego levels complete with little Lego cars. The DLC is called Lego Speed Champions, and it launches this week.

Gears of War Pops… please tell me this isn’t actually a game. Funko doesn’t need any more attention. This is clearly a mobile title, not for Xbox. Pre-registration is open on iOS and Android now. That means it’s an actual game, ugh.

This DLC promises brand a new story experience featuring two different paths. Find the father you never knew, or the hero you’ve never met. Heartland is State of Decay’s biggest expansion yet and is available now.

For the first time, Japan’s greatest RPG comes West for the Xbox, including online action combat with cross-play support. All free-to-play. A never-ending quest awaits.

A PC legend comes to the Xbox One in 2020. Microsoft is teaming up with Smilegate. Next year will be the newest entry in a landmark franchise: Crossfire X. Mega yawn.

A world premiere. Ooooh pretty! A Bandai Namco title (that was unfortunately leaked) where everything we knew as truth was a lie. Rise up in 2020.

From 2K games, this must be Borderlands. There are six sirens in the universe, and one of them needs your help. Borderlands 3 will be released on September 13.

Elden Ring is a new world from the creator of Game of Thrones and developed by From Software.

Phil Spencer claims that thousands of Xbox games are in development now… that’s a big number with little to back it up, but I assume it moves forward into the next generation.

Now it’s time to talk the Cloud. Project X Cloud launches this October to play your Xbox games wherever you go (I’d like to point out PS did it first, and ages ago).

So what about XBox’s next-gen console? It’s for one thing only: gaming. It promises to cut load screen times, creating seamless worlds. I’m not going to even try to get into the technology behind it, but the video will explain things nicely. Project Scarlett will launch “Holidays” 2020. It will launch with a new Halo title (shocking). Halo: Infinite