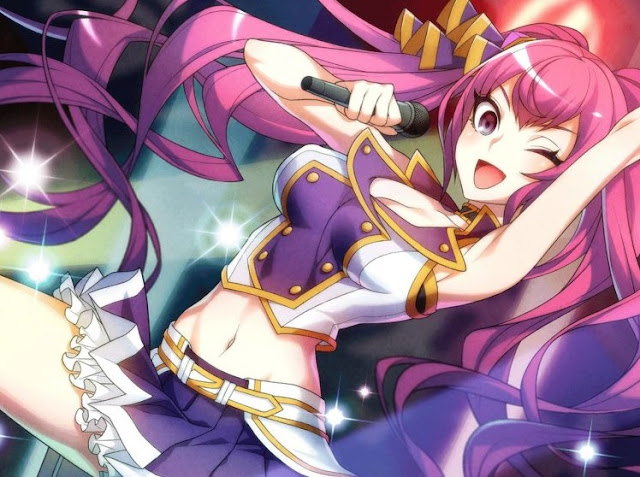 World End Syndrome plays with fire a little. On the first play through, it’s impossible to avoid getting the “bad ending,” because you’re only presented with one decision to make, with that decision giving you a single option to “choose” in leading up to that ending. The game gives no indication of how you could even avoid that happening, and worse, this happens hours into the game. For many people, that’s going to come across as an obscene, game-breaking issue, and I can easily imagine that some some will simply give up, rather than try and give it another spin.

But give it another spin they should, because the solution is simple: all you need to do to reload the save file again. Then your protagonist mutters to himself that he now has “a certainty that my actions have an affect on the world,” and, hey presto! A second option is available to change his fate.

This is why World End Syndrome doesn’t have a “save anywhere” option, as most visual novels do. You can only save at specific points (each usually around 10-15 minutes apart), because, mechanically, the most interesting thing about this game is the way that it encourages you to manage save files – loading and reloading saves all over the place, to explore different decision paths, as the game tracks some overall data as well. There’s a surprisingly complex decision tree within World End Syndrome as a result, and I actually found a spreadsheet of the decisions that the publisher provided for review to be a great help in navigating through the choices. You won’t have that, but take notes as you play, because the tapestry does start to reveal itself, and while I “cheated” my way through, unraveling the narrative threads is the real joy of this game. 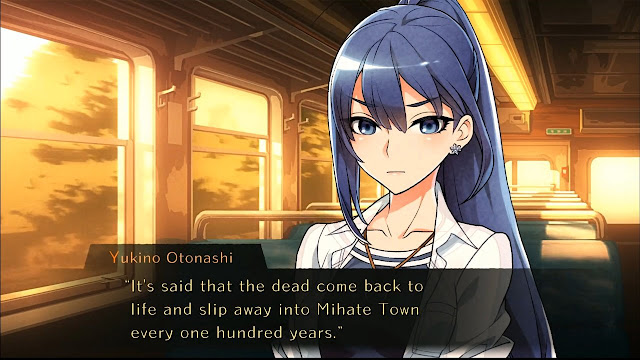 The complexity of the decision trees does make World End Syndrome a little clumsy in terms of storytelling, and the developers have wisely decided to focus the narrative on the relationship between the protagonist and each of the characters, rather than try and tell something broader. With that being said, while World End Syndrome is an enjoyable mesh of genres – there’s elements of horror, mystery, romance and slice of life all melted together, but for me the real hero of this particular story is the town that serves as the backdrop.

After over a decade of annual travel to Japan, I’ve come to a couple of conclusions about by home-away-from-home. One of the most principle conclusions is that I much prefer Japan’s small towns and the culture of those to the energy of the large cities. Checking off my favourite places in Japan – Sekigahara, Hiraizumi, Karuizawa, Uji, Shimoda, they’re all sleepy little places. Each has its own unique aesthetic and points of interest, but there’s a commonality to them as well, in that they have a sense of an internal culture and storytelling tradition unique to their town, and they have the sense that they’re largely insulated from the world at large.

The fictional seaside village that provides the backdrop to World End Syndrome is much the same. It’s a breezy little seaside village that doesn’t have a lot going for it. Efforts to promote the town and draw in tourists ultimately failed, and for excitement people hit up quaint little cafes and get excited over the opening of an ice cream shop. At the same time the town has its own little secrets and treasures – from ancient stories through to ghosts (perhaps literally so? No spoilers here!) and celebrities that would barely cause a blip outside of their sphere of influence. 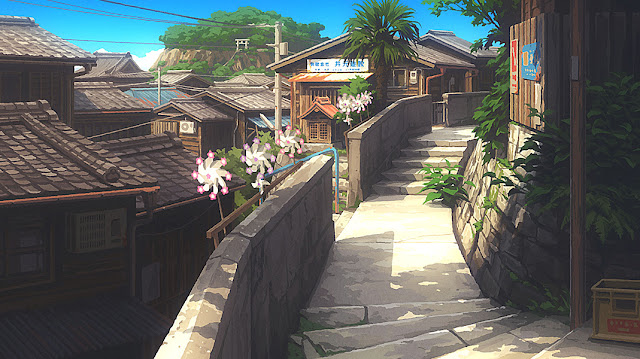 It’s the kind of town that I want to wander around and discover all its little secrets. It’s sad that I can’t, because as a visual novel they’re very little freedom to move around, but it’s testament to the quality of the setting design that you’ll come across areas where there are rows of pinwheels, as part of the town’s culture, or that the local hotspot is a cafe that you’d have to be a local to know about. This game was clearly written by people that either grew up in Japan’s small towns, or live in one today.

As two of the genres that World End Syndrome cribs from is the mystery and noir, there’s a lot of red herrings and misdirections regarding character motivations, which make an already branching narrative all the more convoluted. Thankfully, what initially seems like a cast filled with stock-standard tropes quickly becomes surprisingly engaging, and the characterisation is certainly assisted by the designs, which come from Kato Yuki – the same artist behind much of the BlazBlue series. It’s safe to say none of the characterisastion actively subverts the established norms – the tsun isn’t a subversive tsun and of course my favourite character ends up being the twintailed idol, but subversion within the context of the already complicated narrative structure and mystery elements would have been too much. Suffice to say that even though there’s a lot of tradition in the characterisation, the situation and structure that you interact with them in makes them interesting.

My only disappointment with World End Syndrome is that because of the clear need to focus the narrative on the characters, the story doesn’t ultimately offer much insight. When you look at the very best visual novels, there’s always some driving depth that helps elevate them; Steins;Gate is a remarkably dense look at the idea of time travel. Danganronpa does truly impressive things with game theory, and the use of fetish and sadism in Death Mark provides a strong narrative about the very horror genre itself. World End Syndrome has moments where it teases some grander message. The way it weaves local legends into the narrative, while casting you in the role of an outsider looking in, has a whiff of the Tōno Monogatari experience – familiar to anyone who reads that book then goes hunting for signs of the local legends – but the game doesn’t do enough to engage with that theme. It’s far more interested in exploring the interactions between characters, and that’s fine and entertaining. It’s just a missed opportunity to be something more. 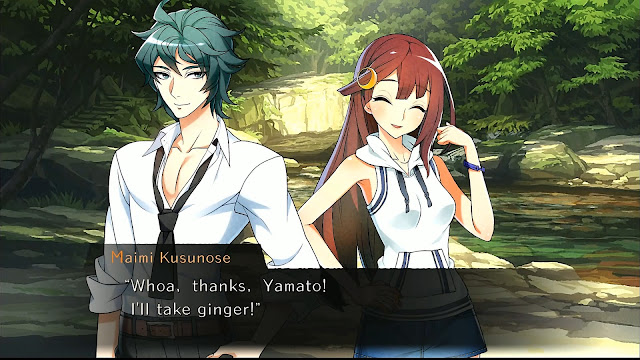 Nonetheless World End Syndrome does more than enough as a visual novel – it’s hard to put down, well written, and the art is gorgeous. I just hope people don’t give up the first time, when the “bad ending” it mandatory. In hindsight it’s a brilliant way to introduce the depth of choices that come after that scene, but it’s the most poorly executed trick the game has up its sleeve. Watch out for it when you play, and be aware that things do get so much better after that couple of hours and first ending.