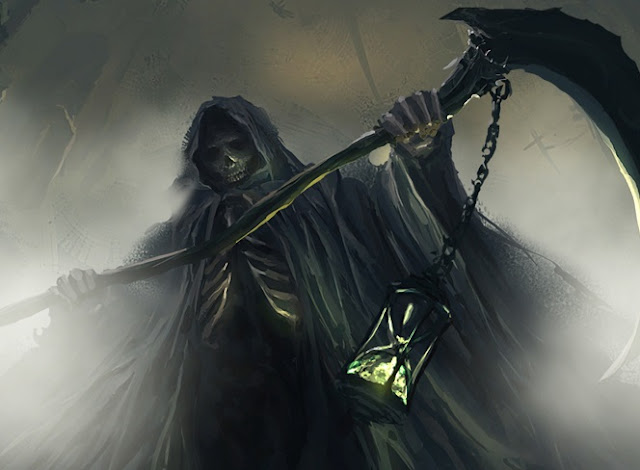 The remake of Shadowgate was first released on PC back in 2014. Despite being a massive fan of the original Shadowgate (I consider the Game Boy Color version of that to be one of my favourite games on that console), I hadn’t really looked at the remake, even after it was subsequently ported to iOS. But, with the console release I couldn’t ignore it any more. If it even came close to my fond memories of the original, it would be a very worthwhile way to spend a few hours indeed. Sadly, it doesn’t do that.

The biggest issue with Shadowgate is that I kept hunting through the options to see what modern stuff I could turn off. The new soundtrack aggravated me, with its Gregorian choir and overwrought production, so I switched over to the charmingly simplistic (and catchy!) nostalgic 8-bit soundtrack. Shadowgate is a point-and-adventure where you make your way through a cursed and ruined castle one “room” at a time, and as such it has “transitions” representing the movement from place to place. The modern transitions are a slow-paced and dull fade-out, fade-in affair, so I also switched on the snappier, aesthetically pleasing retro transitions instead.

Unfortunately for me, that’s where the options to “retro” my game experience ended. Were I given options for other areas, I would have taken them. The graphics, for a start. The new, modern art is highly detailed, and shows some nice moments of creativity in some of the animations. The famous dragon attack, which everyone who has played Shadowgate has fond memories of, is a particular highlight this time around.

At the same time, as I delved further into the adventure, I found myself craving the original visuals. There was something elegant about the primitive 8-bit art, and the efficiency in design actually made it clearer to see what you could do in any given room. A couple of times in playing this new Shadowgate, I found myself missing important details, simply because each of the rooms was so detailed. The little bags of loot and scrolls, in particular, were hard to spot… and having all but memorised Shadowgate from the original, I had an advantage in that I basically knew where everything was. Newer players are going to really struggle and be frustrated by the opaque distinction between background and critical objects in this remake.

I’d also opt for the original interface, to be honest. In Shadowgate, you end up collecting a lot of stuff (and more on that in a moment). With the original game, all of that was laid out in a simple menu system. And if you wanted to use an item, you simply dug into the menu, found the item, and then selected what you wanted to use the item on. It wasn’t fast, but it was clean and functional. This Shadowgate decides to do everything via wheels. Click on something, and a contextual wheel pops up. From there you can go into more wheels (to hunt around in your bag, bring up the spell menu, and so on), and then yet more wheels (to decide what you want to do with the item, and so on). This system becomes very cumbersome, very quickly, as the inventory builds up. It’s a logical UI, in the way it arrays items and contextual actions, but the endless need to pull up wheels within wheels becomes tiring after a while.

As mentioned Shadowgate has a lot of items in it, and it’s decidedly old school as a point-and-click adventure. It’s old school because the game wants you dead and is quite happy to kill you, and it’s old school because the logic behind the item system is often quite esoteric. You’ll need to combine items that you would never have thought to combine in order to overcome obstacles that gave no indication of how to overcome them. There’s a lot of trial-and-error in Shadowgate, and coupled with the ease in which you can earn the “game over” screen, it’s a game that’s going to bemuse, if not frustrate, people who didn’t grow up on these things.


The one positive new feature that I appreciated was the game’s “easy” mode. One of the most stressful things about original Shadowgate is the need to manage torches. Over time torches burn down, and if your last torch goes out, it’s an instant game over. Not a great feeling in a game where you’re going to be poking and prodding everywhere in trying to figure out solutions to puzzles. Easy mode allows you to play without worrying about the torch going out. It’s still unforgiving on the puzzles themselves, but that knowledge that you can take your time does help the game be more palatable for first timers.

One thing that I think both original and modern Shadowgate share, and regardless of whether you play the new Shadowgate with classic or modern settings, is the most incredible atmosphere. It’s almost Dark Souls-like (oh God did I just say that), but not in terms of the gameplay. Rather, it’s the design of the decrepit, crumbling castle, and the imagined thickness of the air. The castle is filled with the who’s who of dark fantasy monsters and environments, and while the game isn’t exactly a narrative tour de force, the little snippets and lore notes that you find along the way help to establish a wonderfully intense setting.

It’s never a good thing for a remake to make you want to simply play the original instead… particularly considering that the original is readily available on a compilation pack that includes a number of other classic point-and-clickers as a ‘bonus’, making it even better value. Sadly Shadowgate remake falls into a trap of not adding anything to Shadowgate, making it rather redundant to play. With that being said, Shadowgate is still Shadowgate, and there’s an inherent classic quality to this adventure that, coupled with the dark fantasy atmosphere and general difficulty, also makes it inherently rewarding.