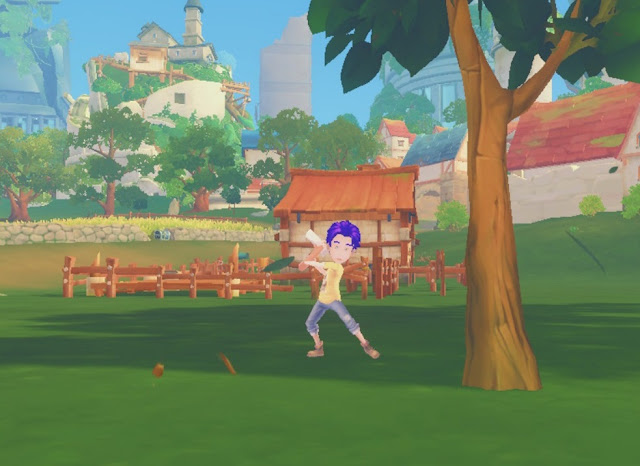 Harvest Moon (and the genre it spawned) is great, because Harvest Moon is a sentimentally meditative game. You enjoy a homey little life in the far-flung countryside, where you run through a daily routine of milking cows and tending to onions. Morning chores done, you head to the pond to enjoying a spot of fishing before wandering into town at night to enjoy a glass of grape juice with your future wife, and the dozen other people that live in the area. It’s lazy, laid-back, and an uncomplicated digital lifestyle.

The biggest problem with My Time At Portia is that the developers don’t want you to be lazy. On the one hand it’s a Harvest Moon-like. You’ll start out having inherited a small and run-down property (just as most Harvest Moon titles do), and then you’re set the task of building yourself a life in your new home, be that through farming or crafting things. The game’s heart is in the right place, and it does do so much right, but its obsession with piling more and more tasks and objectives on the players to do means it misses the fundamental appeal of Harvest Moon by a wide margin. These games are never meant to be overwhelming.

Missions are constantly being thrown at you, and particularly in the first few weeks of in-game play, you’ll be running around in a frantic effort to gather the endless stream of materials you need to construct the machines that you need to refine the sticks and ores that you pick up into furniture, equipment, and structures. You’ll need energy batteries to fuel your machines, so you’ll need to spend substantial time digging around in the mines for those. You’ll need the spiky bits of enemies, so you’ll make yourself a wooden sword to go beat them up. You’ll need to repair your home and build storage chests for the steadily accumulating piles of resources that you’re collecting. Then you’ll need to build yourself better weapons and armour because, yes My Time At Portia also RPG elements that are a step beyond what previous RPG/farm life simulation series – such as Rune Factory – required of its players. 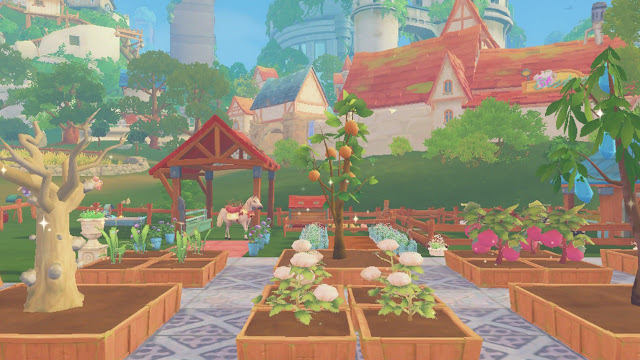 Then you’ll need to manage the social side of things, with dozens of inhabitants in a town that’s much bigger than the deliberately small hamlets of Harvest Moon. All of those inhabitants have their own little quests to do, and agendas, and while you can play rock-paper-scissors or little board games with some of them… who’s got time for that? Busy, busy, busy. What you have with My Time At Portia is closer to a simulation of actual life, where we’re all juggling so many jobs and activities that we can’t kick back and enjoy a beer as the sun sets, and, being entirely honest, I felt a little affronted that the developers apparently see My Time At Portia as representing some kind of idyllic lifestyle. It looks the part – and this game’s gorgeous use of pastel colours suits the pastoral lifestyle of the Harvest Moon it channels to a T – but where Harvest Moon was always intended to be an escape to a simpler life for the notoriously overworked Japanese, it feels like Portia wants to compete with with the world for the “greatest productivity” rankings, to the point where I was genuinely wondering when I was going to start being hauled in for weekly KPI meetings.

Things get really stressful when it’s not immediately obvious what you need to do, too. With time in each in-game day ticking by fast, it can be frustrating trying to follow the map system to find specific people to talk to, or thumb through the catalogue of machines to build to figure out what you need to build next to refine the right resources to finish a pressing task that you’re given mere days to complete. There’s one citizen of Portia that just loves boasting to you how, as a youngster, he would work to midnight every night, and he turned out just awesome. Sure, dude. With the way Portia’s organised, I’d bet that if I were to drop buy your house I see empty bottles of alcohol everywhere.

The Nintendo Switch version of My Time At Portia also suffers from another significant stress – long loading times. A patch was released close to launch which improved things significantly over the pre-release review build that I was playing, but there’s still a solid 9-10 seconds of loading every time you open a door to enter – or exit – a building. That’s just long enough that I was worried about accidentally leaving some important materials in my storage box inside, because I didn’t want to have to enter and exit my house again (or, for that matter, open the storage box. There’s a loading time there, too). The loading times are understandable in the sense that the game is so huge, with so many things in it to do, but that just goes to show how little the developers really thought this game through – the load times are a mechanical manifestation of the ridiculous, self-defeating bloat of My Time At Portia. 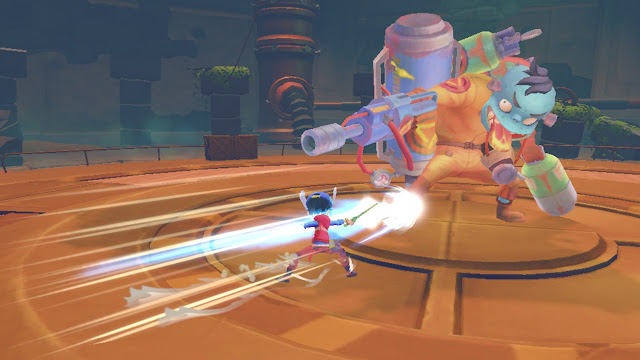 Despite all of the above, the presentation of My Time At Portia is delightful. The pastel colour scheme, as mentioned above, is truly gorgeous, and character models and designs are bright and just silly enough to be fun without becoming a joke. The design of the world is beautiful, too, and I’ve not enjoyed those moments where I can simply run around and explore as much as I have in any other game. Lighting is a particular standout too, and every time the evening sun was setting, it was wonderful to watch the last rays dance over the farm fields or over mountain tops.

It’s also impressive that, despite having so much going on in it, My Time At Portia does work on every level. Delving deep into the mines for rare materials or old artefacts is a delightful treasure hunt. The combat system is simple, but elegant, and boosted by interesting enemy designs. The farming mechanics are as clean as efficient as we’ve seen in any Harvest Moon title, and the crafting and quest systems do a great job of encouraging you to use every material at your disposal… and because of that you need to do different things each day to collect different materials. That crafting system alone does a great job of forcing you to use every part of My Time At Portia’s world, and it’s clear that the developers have paid close attention to how the very best work (i.e. Minecraft).

Finally, building bonds with each of the townsfolk ends up being an enjoyable process in itself Individually every character ends up having their own personalities and little stories, and the game works hard to build a strong sense of community on top of that. There are frequent events to participate in, and every so often you’ll be summoned into town for a town meeting – which also effectively tells you what’s going on about the place. The cohesiveness of community in My Time At Portia is probably the game’s strongest element, and it really made me wish I had more time to simply enjoy living among the people. 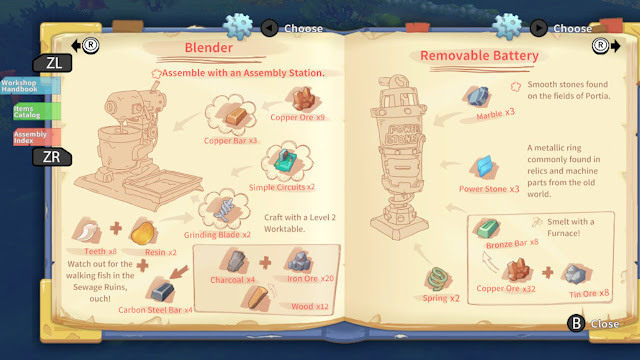 It’s clear that the development team behind My Time At Portia had a strong vision for what they wanted to achieve, and a passion that led them to go above and beyond to achieve it. Unfortunately, the game has come out so bloated and so demanding that the team’s also lost sight of the fact that this genre, pioneered by Harvest Moon and driven forwards by Stardew Valley, is meant to be relaxing and immersive. This genre is about pretty mundane work, but what makes it so wonderful is it distills that work down to the point that it feels effortless. Sadly, I ended up having to put more effort into My Time At Portia than I do with the actual work I do in real life.