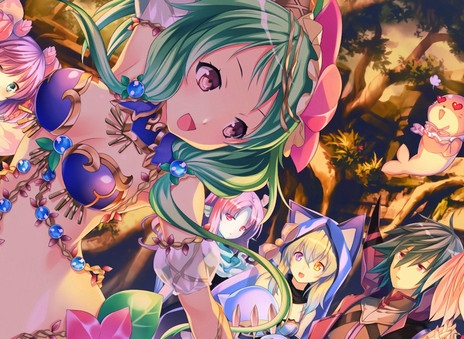 Moero Chronicle is Idea Factory at its most Idea Factory. It’s a game so utterly devoted to fan service that it doesn’t bother itself with traditional expectations of a video game; the localisation is barely coherent, and the narrative behind it isn’t any more disciplined. And that’s fine, because this game is filled with gorgeous anime girls, and they lose their clothing with astounding frequency.

Idea Factory even knows how to compete on this level. Mary Skelter: Nightmares, released on PlayStation Vita and PC, is one of the most distinctive and interesting dungeon crawlers that we’ve seen in quite some time, and it’s fascinating for the way that it successfully weaves turn-based and real-time systems together to give the game a dynamism that we don’t usually see in the more sedate crawler genre.

The latest art on #NintendoSwitch pic.twitter.com/JTgbJkk45f

Not Moero Chronicle though. Oh no, no, no, no. Moero Chronicle has virtually no interest in the dungeon designs or gameplay mechanics. Moero Chronicle’s raison d’exister, the whole reason that you’ll meant to want to play on, is in the knowledge that by delving deeper into its dungeons, you’ll get to meet more fetishistic monster girls and then fight them. Then, by attacking their skirts and tops, destroying them and stripping the girls down to their bras and panties, you’ll be able to add them to your expanding harem, and then leverage their skills to delve even deeper.

This game makes absolutely no apologies for being completely perverted. The one male character in the group – Io (possibly named after a od of creation in the fiction of Dungeons & Dragons – certainly, he occupies the “centre of all things” role), can’t talk to women because all he wants to do is jump them. He can’t fight in combat, but watching all the girls do the fighting for him builds up an “excitement” meter, which he can then “release” on a girl to temporarily power her up. And, yes, the innuendo is explicit and deliberate.

Io’s not even the worst one. There’s a talking seal character that also joins the party. He, too, doesn’t participate in fights. Instead, his role is to convert the enemy monster girls into allies. He does this by sweeping you into a minigame once you’ve removed all the girl’s clothing, where you need to touch and poke the girl all over until you find her sweet spots. Make her happy enough by stimulating those and she’ll go completely naked (with hearts covering the bits, of course), at which point you need to frantically rub the Switch’s touch screen until you “release” her from the malady that was causing her to attack you. At that point, she joins the party. 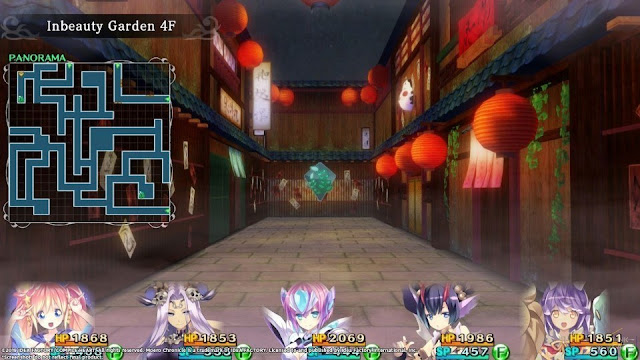 On the PlayStation Vita, where this game was originally released, that minigame required you to turn the Vita onto its side (so the screen was long, rather than wide), and then rub both the front and rear PlayStation Vita touch screens in such a way that closely mirrors a certain action that men do when in the shower and thinking of Hatsune Miku (OR SO I’VE HEARD). Simply rubbing away at a single screen on the Switch doesn’t have the same comic effect, but that way, there’s no other way to say this: Moero Chronicle is perverse.

Of course, all of this is done for comedic effect. You’re not meant to see Moero Chronicle as pornographic so much as the kind of raunch humour that has largely disappeared in the west (outside of… well, porn), but remains a popular form of humour within Japanese culture. Unfortunately, outside of the visual gags that you’ll see through the super-exaggerated characters, a good deal of the game’s humour is lost through a localisation that you have to put too much effort into deciphering for it to be particularly funny. The humour’s clearly there in the base script, but it’s such a struggle to read at times that it’s more likely to induce headaches than laughter.

While Moero Chronicle isn’t overly interested in providing a deep dungeon crawler, it does get the basics of the genre right. Labyrinths have plenty of traps to work their way around, and once combat has joined, there’s just enough challenge to force you to use your character’s skills well. There are a lot of different characters to add to your party, and each of them has plenty their own unique skills, so there’s some strategy involved in building the ideal party – this is especially true for bosses, as they have a range of weaknesses, and your side is boosted by capitalising on those weaknesses a number of times in a row, so ideally you do want to go into those battles with the right mix of characters. 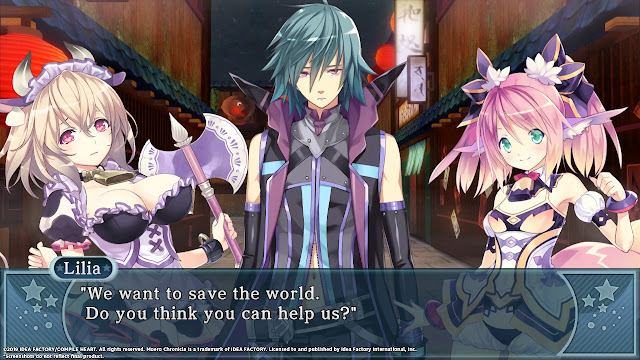 Then again, you might just want to pick the monster girls you find to be the cutest. Moero Chronicle’s just easy enough that, with a bit of grinding, you can compensate for an inferior or poorly optimised party if you’re going to play favourites like that. The developers know that if you get too bogged down with the level grinding, it’s going to be too long in-between meeting new cuties and fan service opportunities, so the game is certainly geared towards letting you mode forward at a constant rate.

Moero Chronicle is so completely unabashed about its fan service and endless innuendo that it’s oddly charming, in its own way. There’s absolutely no way that people who don’t enjoy fan service for the sake of fan service will get anything out of this game. The dungeon crawling is executed well enough, but it’s traditional to a fault. Furthermore, the localisation is so bad that it hurts a lot of the fun nonsense that runs through the script. But if you do like some anime bras and panties in your games, the Moero Chronicle is certainly overflowing with value.