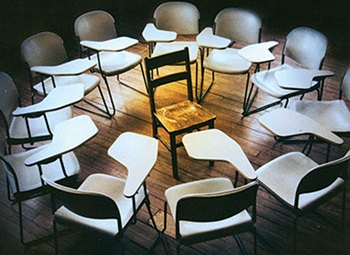 Published a little over a decade ago (2008), Minato Kanae’s Confessions was the book that immediately established her as one of Japan’s pre-eminent crime fiction writers. Like many of the best modern crime fiction works, Confessions isn’t so interested in figuring out whodunnit – that’s made clear within the first chapter, in fact. It’s not even particularly interested in making a mystery out the why. Instead, Confessions looks at the impact of crime, and it doing so it weaves a truly shattering tale.

Confessions tells the story of teacher’s little girl, who is murdered by two of her students. What the teacher does to extract revenge is horrific in itself, but it’s the impact that that second revenge has on those around the two students where Confessions finds its greatest poignancy. The way that the reverberations of these two core activities ripple out through the narrative is elegantly depicted through a series of chapters, each of which shifts the point of view of events to a different main character. The first chapter is the teacher’s perspective, but from there Confessions moves to the point of view of each of the killers, and further to those around them.

In addition to nicely structuring the narrative around a series of confessions (yes, the title is appropriate), this structure does a really good job of establishing a circular rhythm to the story. With just the two main events, Confessions is a story that drives deep rather than broad, and while it’s a short enough book, it’s carefully nuanced. Minato’s writing is really quite stunning in the way it can make you sympathetic for every major character, while simultaneously finding their actions to be abhorrent.

One of the recurrent themes in Confessions is the impact of revenge on the “innocents” around the victim. The teacher’s daughter is killed because the students wanted revenge on the teacher. The student’s family ends up bearing the brunt of the consequences of the teacher’s vengeful response. Much of the sadness of the book – and its tone is overwhelmingly sad in its reflections on humanity, derives from that fact; it seems that the people who are guilty of the extended events are the ones to bear the least of the misery.

As Minato writes: “Weak people find even weaker people to be their victims. And the victimized often feel that they have only two choices: put up with the pain or end their suffering in death. But they’re wrong. The world you lives in is much bigger than that. If the place in which you find yourself is too painful, I say you should be free to seek another, less painful place of refuge.” Crime fiction is one of tragedy and victims, and what defines Confessions as a work of the densest crime fiction, despite its lack of mystery and the detective process, is the way that it continues to travel down the chain, victimising one person after another, until finally arriving at those victims who have no one further down the chain to victimise in turn. The greatest tragedy of them all, perhaps, is that so few in Minato’s fiction find their way to the alternative that she describes in the second half of her quote.

The family unit is another theme that gains special attention with Confessions. Particularly the role of the mother within it. As Minato writes: “Our values are determined by the environment we grow up in; and we learn to judge other people based on a standard that’s set for us by the first person we come in contact with—which in most cases is our mother.“

Confessions, more specifically, looks at the impact of irresponsible parenting. The mother that becomes too distant following a separation. The other mother that, so emotionally broken from her rarely-present husband, she dotes on her child to the point that the child can do no wrong her her eyes. The book also looks at mothers are, themselves, a form of victim within Japanese culture; those mothers that need to work and the consequences of there not being the support networks to allow them to also be parents. For the most part, Confessions’ themes are universal and require no particular empathy with Japanese culture to interpret, but Japan does have socio-economic conditions that can lead to certain extremes in the family dynamic, and Confessions explores the alienating effect that some of these pressures can have in a nuanced and intense manner.

Confessions is written in a fairly functional manner, but the efficiency of the writing gives the book the tone of a statement of fact. While none of the characters or perspectives are particularly reliable, by giving the reader so many different looks at the same event through different eyes, the resulting patchwork gives the audience a complete sense of events. Interpreting the full implications of what the events mean, however is a question deliberately left open through the novel.

Minato’s masterpiece isn’t going to leave you cheery. It’s a dark tale, told in such a mundane manner so that the impact is all the more poignant. But, as an exploration of the human condition, its capacity for revenge, and the way that society has a habit of turning victims into villains, Confessions is both brutally effective and hard to put down.