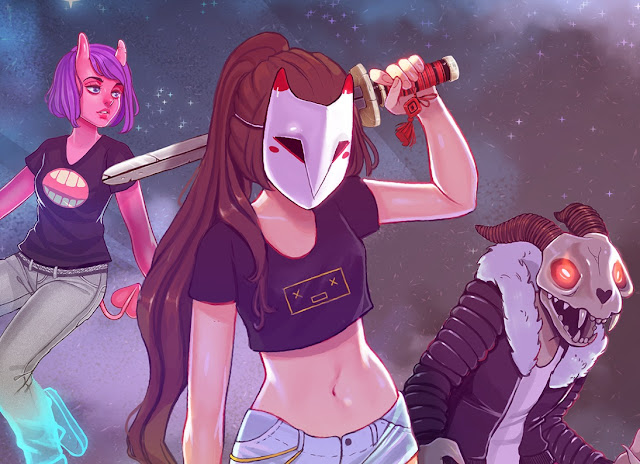 The idea that Viz Media is getting into game publishing is a tantalising one; the specialist anime and manga publisher could do a great deal to bring a number of visual novels and JRPGs from Japan to our shores because, as many as do make their way out west these days, there’s still plenty that don’t.

That potential is more exciting than The World Next Door, which is a perfectly workable and enjoyable title, and even has some downright clever and original ideas of its own, but is let down badly by its storytelling and general presentation. Part match-3 puzzler, and part indulgence in the most irritating sides of youth culture, The World Next Door provides a fine indication of what might yet come, from both developer and publisher.

The premise is neat enough; Earth has an extra-dimensional sister planet, and once every so often, a gate between the two is opened, allowing for some brief inter-species interaction. Unfortunately, it’s not possible for humans to survive long on the other planet, which is a big problem when Jun, a young teen (human) girl, accidentally misses getting to the portal home in time, and finds herself trapped in a plane of existence hostile to her very being. Fortunately, the “other earth” also gives people – including humans – the ability to use magic… and Jun’s friends have some great ideas for how to use that reality-bending power to power Jun back home. 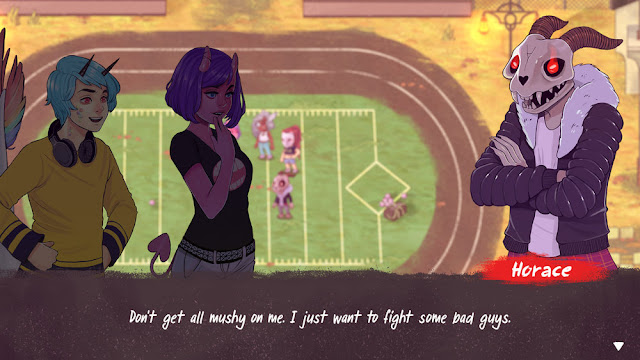 What this boils down to is a game that’s made up of a couple of phases. There’s a socialisation phase, where you can text chat with Jun’s otherworld friends through their mobile phones, and that boils down, for the most part, to gossipy nonsense. Then you’ll transition to some exploration around the town, where you’ll get the chance to pick up some (largely pointless) sidequests and interact with the locals. Finally all the friends will meet, and then it’s off to a “shrine” (dungeon), where you’ll battle monsters in search of tools to help you get home.

It’s those dungeons where the interesting things happen. Rather than a standard RPG combat system, you instead get to direct Jun around a giant match three board, where she can move blocks around, each block featuring a different icon. When she matches three in a row, she can launch an attack at whatever enemy is also on the board with her, related to the symbol (blue does an ice attack directly at the enemy, the yellow lightning bolt causes all the tiles to explode into a deadly electric wall, and so on). Alternatively, she can hold on launching the attack and try and match up even more tiles beyond in order to do even more damage to her opponents.

There’s a risk/reward theme running under that though. The enemy that’s facing Jun isn’t passive; they’ll chase her around the board, and throw down attacks (be that melee or ranged) of their own. Enemies tend to do a lot of damage and quickly, so if you’re not fast in building the block of similarly-coloured titles, you’re likely to be facing a game over screen. This is particularly true when there’s more than one enemy on the screen, because while the play fields are fairly large, they’re also not so large that you’ll be able to ever get a lot of daylight between yourself and your opponent. When you’re ganged up on… well, it can almost feel unfair. 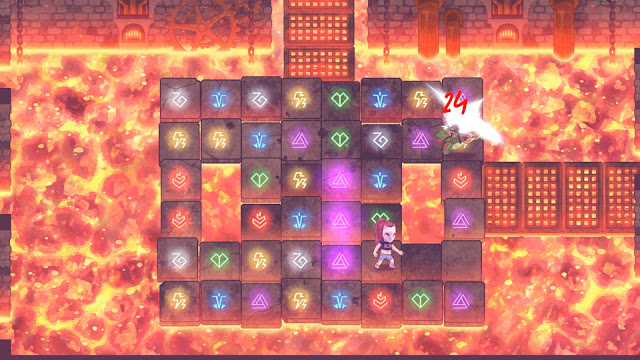 Indeed, The World Next Door is a game where numbers are tougher than individual enemies. Even individual bosses are easy to put down – time consuming, because they have a large pool of health, but it’s quite easy to learn their attack patterns, and from there avoid them. When there are multiple enemies on screen it all becomes a bit too chaotic to duck and weave about the place. Especially when you’re also concentrating on matching up icons.

The World Next Door plays well though. Well enough that I was happy to punch through the vapid and generally uninteresting plot and characters to continue to work on the puzzling. Of the cast, I only really liked Horace, who has a demonic skull head (each character in the “other Earth” has a uniquely monstrous look), and is a bit of a warm-hearted troll. I took to calling him “demon Fonzie,” because with his jacket and all, that’s basically where the guy’s at. The rest of the cast aggravated me no end. I’m not into teen drama and ohmigosh-es though, so other people might somehow get some mileage out of this, but the plot is so downright alien to my tastes that I was never entirely sure if it was trying to be funny or not. The characters are well drawn (and the game looks gorgeous in general), but the moment they open their virtual mouths to speak, they can, like, totally bff off.

There’s a good basis of a game in there, though, and the developers have done something I would never have thought possible in 2019; give us a new look at such a completely stale genre as the match-3 puzzler. I also have to applaud the developer for knowing when to quit; at around ten hours of play, The World Next Door demonstrates that it’s possible to do a “RPG-like” plot without demanding a month out of our lives. Other developers take note of that. 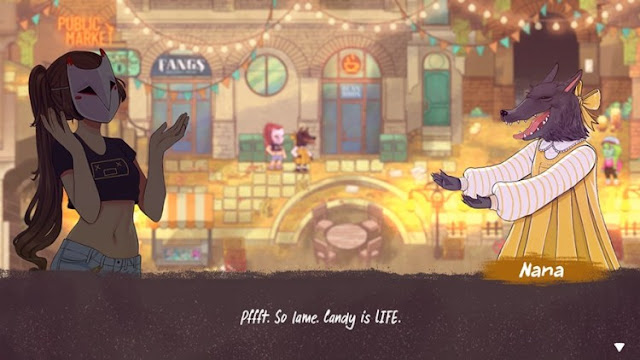 I look forward to seeing Viz grow as a game publisher. The World Next Door isn’t perfect, but is shows that Viz is – for now, at least – willing to take on a project that’s a little different and oddball. Colourful, creative, and generally well designed, it’s worth forgiving this particular title its teen B-tier narrative tropes.

A Japanese film you must watch: It Comes