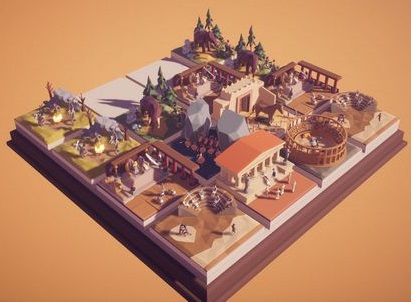 After slogging through utterly mammoth reviews of Dead or Alive 6 and The Caligula Effect: Overdose – games that have a great deal of personal resonance with me – I needed to play something empty that I could be done with quickly. About the highest compliment I can pay History 2048: it actually scratched that itch.

History 2048 is a blatant and completely creatively bankrupt clone of 2048; the mobile phone puzzle game phenomenon that everyone’s over now and has failed to be the “next Tetris” as some were claiming when it was at its peak. There’s absolutely nothing about History 2048 that 2048 itself didn’t do; you slide blocks around, and if the blocks have the same value, they combine to create a block that’s the sum of those two values. You keep doing this until you can’t combine blocks any more.

Part of what made 2048 such a brilliant little game was the fact that the blocks” were easy to recognise and interpret. They were numbered, so you knew immediately which blocks you needed to combine. The 2 block, combined with another 2 block, becomes a 4 block. 32 + 32 becomes 64. 64 + 64 becomes 128, and so on and so forth. The symmetry of the numbers and the way the game tapped into our inherent need to count things was the beauty of 2048. It was simple. Mathematical. Elegant. 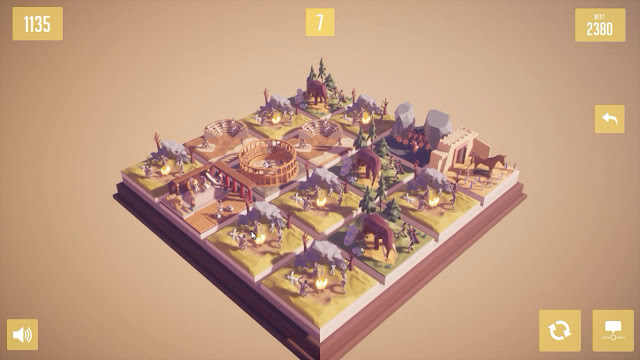 History 2048 can’t even get that right. Instead of numbers, we have vague depictions of various moments in human history. The more recent the scene that the block depicts, the higher the value of the block. So now you need to combine two campfires to make a woolly mammoth, two Trojan Wars to make an ancient Olympic Games, or two Battle of Thermopylares to make a Gladiators. See the issue here? The blocks now have a highly abstracted value, and while playing the game is no problem (simply match two of the same block where you can), after a few minutes the playfield becomes a mess of silly icons that are reasonably attractive on the eyes, but a complete logical bust.

If History 2048 did anything of value with those icons or the journey through history, then that would be one thing, but it doesn’t. The developers have stripped the elegance out of 2048 and replaced it with visual abstraction and complexity, and as far as I can tell, the only reason that they’ve done that is because if they used numbers they’d be liable to be sued for IP theft. There’s no attempt to describe the history being depicted, there’s no story mode, or any context behind the game whatsoever.

In fact, the developer could not even be bothered giving players a menu. On loading the game up you’re thrown straight into the game, and all you can do once you’re not able to match blocks any more, and get a “game over” is restart. The game tracks your very best score, though there’s no leaderboards – online or off – and it even makes shoddy use of the Switch hardware; despite being a blatant clone of a mobile game, you’re forced to use the control stick to play, and it’s that imprecise that it’s entirely possible to ruin your game by accidentally shifting blocks in the wrong direction. 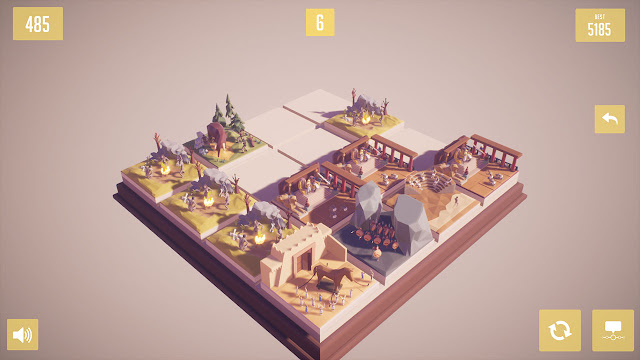 I’m all for developers to look for ways to reenvision the classics – look at how incredible Tetris 99 is in breathing new life into a puzzle classic that’s over 30 years old. What I have no tolerance for is games that only do the most superficial thing to spin a classic as a “new game.” History 2048’s “history” adds nothing to 2048, so right down to the title, this game is a false promise and a poorly executed mess.