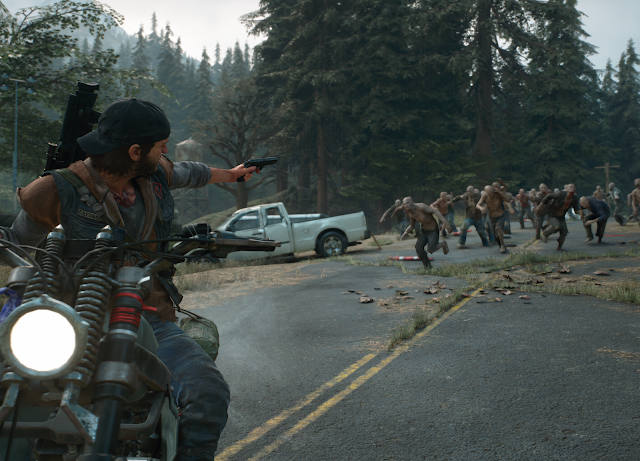 Sony has a developed such a strong formula for its big blockbuster titles. From The Last of Us to Horizon, God of War and Spider-Man, the games produced by Sony-owned studios have wildly disparate themes, but a comfortingly cinematic, structural similarity to one another. Sony does this, of course, because the structure works, and a lot of people love their time with these games. Sony also does this because this structure delivers prestigious awards and console sales. Days Gone, on that basis, is set to be another runaway hit for Sony.

Related reading: For proof of just how good Sony’s groove is right now, you only need to look at the spectacular God of War from last year. Our 4.5/5 review

I was able to get a couple of hours hands-on time with the game, and it was comfortingly familiar. I’ve not actually played a game in which I’m a redneck biker, so the character of Deacon St. John was somewhat new, but what he – and through him I – did was exactly as you’d expect from a gorgeously produced, epic open world game. There was that mission where I needed to chase someone through the wilderness. There was the stealth moment. There was the moment where I needed to capture a stronghold from a group of enemies. It all flows nicely from one mission to the next – something that does differentiate Sony open world titles from most other efforts – and the setting and backdrop is interesting, albeit safe.

I mean, we’ve all played zombie games before. Lots of them. We’ve all been exposed to that tropey theme “which is the real monster – the zombies or humanity?” which seems to form the core thematic principle of Days Gone from first impressions. But all of that’s fine, because it’s also remarkably cinematic about how all of this is introduced; one of the moments that stuck with me the strongest from the preview session was right at the start. You’re chasing someone along a dirt path that cuts across a steep hill, before you shoot him. The camera pans around and on the main road down below a massive horde of the zombie things are milling about. It’s instantly terrifying to know that the biggest threat you’ll face in the game is by attracting the attention of hordes of that size and ferocity, because there’s nothing that you can do to survive that. 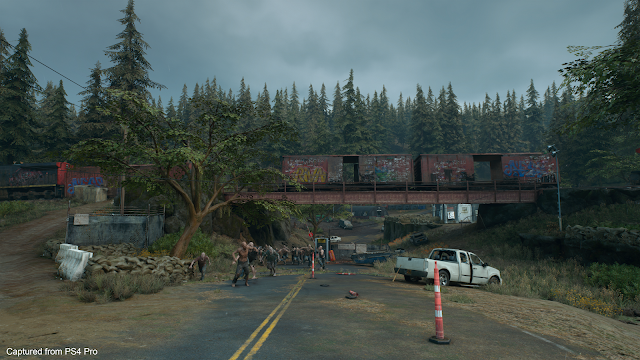 Visually, Day’s Gone is a feast on the eyes. There’s a lovely marriage between the biker road trip theme, and the decrepit state of a post-apocalyptic world. Deacon belongs in this kind of nightmare – the primitive barbarism and every-person-for-themselves hostile world suit his tough-guy machismo, though, appealingly, the character does have a soft side. Hhe banter with his brother, and the regret that he feels over what happened to his wife (though specifics were not out-and-out confirmed through my preview) give Deacon a relatable nature that’s important for the modern blockbuster. Again, we’ve seen his kind before in everything from dad Kratos to Joel from Last of Us, but I’m sure the developers at Bend Studio would be the first to say they’re not so much aiming for innovation as refinement, and Deacon and his world are, even with the final polish to be placed on the game ahead of its launch, highly refined.

Then there’s the crafting system, which is all-but necessary in creating the perception of a world where people are effectively scavenging and re-using ever depleting resources to survive. Days Gone has a clean and effective crafting system, made all the more accessible thanks to an inspired menu interface. At the same time, there’s plenty of ways to customise your play experience in Days Gone, because there’s a lot of very different things that can be crafted, and quite a few different ways to approach the game’s challenges.

It’s in the stealth that I found Days Gone to be at its most impressive. With most games, if you mess up the stealth, you know you’ve still got a fighting chance. You might end up using more resources than you had wanted to, so remaining stealthy as much as possible is still the goal, but in something like The Last of Us, if you accidentally caught the attention of the zombie-things, all you needed was the skill to deal with whatever small mob shows up that you haven’t yet whittled down. 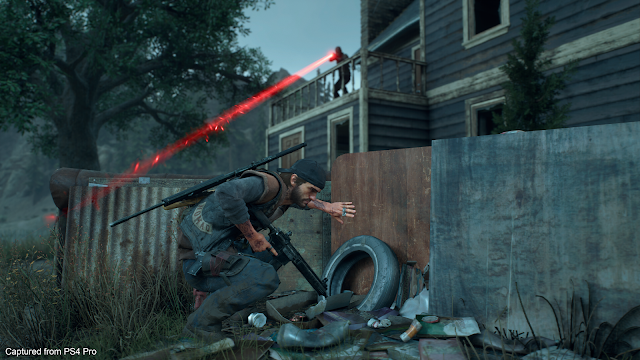 But with Days Gone, you’ll never shake the feeling that if you catch the attention of one monster, you’re facing the inevitability of a tsunami of zombie-things, as well as their claws and fangs. I never actually tested this impression out, as I was able to get through the stealth sections well enough, but that impression alone had me sweating on my decisions and being more cautious that I might normally be. I’m really looking forward to seeing the points where monsters and humans properly intersect, because currently when you’re dealing with human enemies the monster threat abates, and if that continues through the entire game it’s going to feel artificial, but I was only playing what was effectively the tutorial, so I assume that things will change there. It would be incredibly tense to need to decide on whether you actually fire off a gun to deal with a human enemy, knowing that it might call a horde down on you.

Related reading: Sony’s Spider-Man is quite possibly the most well-respected “licensed” video game ever made. Here’s our 4/5 review of that one

So, basically, Days Gone is going to deliver on everything that is promised of a major Sony-published game. It doesn’t need to be original until people are sick of the formula, and as the plaudits for each new Sony release shows, this is a winning formula with plenty of legs yet. However, there is one thing from the preview I absolutely must mention, because this entire industry doesn’t take this seriously enough: there is a visceral torture scene in just the opening chapter, and there is no way to avoid that if you want to.

At one point your brother-in-arms is captured by a group of feral humans, an enemy faction that sits somewhere between the sentient people and the zombies. This group is imbued with religious fervour, and their way of acting that out in this particular instance is to take a blowtorch to their victim’s arm. For whatever reason, Bend Studio decided to show this in explicit detail, from clothing flaying away to the flesh sizzling. As someone who has had burns before in his life, I found this uncomfortable to the point that I couldn’t watch the scene, and while you might argue that Days Gone is an adult video game and therefore it’s fine to simply throw torture cutscenes at players, it’s a little concerning that Sony has so little concern for the impact that torture scenes have on an audience. A little like the extreme violence it outright celebrated in its The Last of Us 2 trailer, this company is proving to be incredibly insensitive towards violence – and not the satirical violence of Mortal Kombat, either. This violence is cruel. Given the same company is telling anime game developers to bog off for supposedly “offensive” material their games, I don’t think this reflects particularly well on the company or its artistic culture. 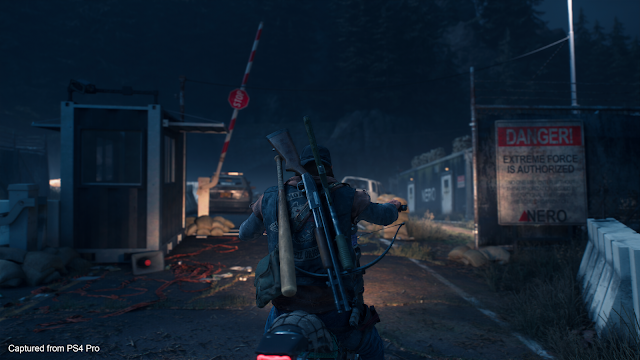 Of course, I’m fine with Bend Studio making use of torture as a thematic device where appropriate, but the clumsily explicit way that it depicts that torture is at odds with the game’s more clever cinematic moments. Even the goreporn films of Eli Roth, such as Hostel, understand that sometimes, leaving the imagination to fill the blanks is a far more effective technique than providing the audience of a long cut of the violence. It’s a standard application of the “show, don’t tell” principle that accounts for the first lesson of a creative writing 101 course. The lack of subtlety and storytelling maturity in Days Gone made this particular scene from the preview stick in the mind, but for all the wrong reasons. This torture scene in Days Gone comes across as one of the most crass examples of exploitation I’ve seen in games of late (yes, “exploitation” isn’t exclusively about sex).

If my one major criticism of Days Gone is one cut scene over the course of a massive game, then that’s a truly impressive effort. I have been dismissing this game for some time as yet another post-apocalyptic zombie game, and assuming that that Bend Studio has simply produced something that was a few years late to the party. And yet there I was in my preview session finding myself enthralled in the story of Deacon St John and his brutal, savage, and yet beautiful world. Sony’s greatest strength as a publisher is its ability to find and encourage truly cinematic games, and I would be very surprised if Days Gone doesn’t impress huge numbers of people as so many of Sony’s other games have done through 2017 and 2018.