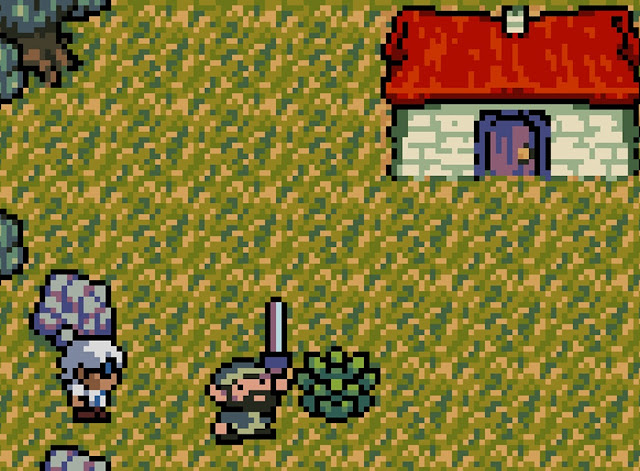 An ever-growing trend over the past decade has been a resurgence of games with a decidedly retro feel. We have seen the rise of many titles that represent parts of video game history from the 1980’s and 90’s. Anodyne is certainly one example of that… and while it has been released on other platforms already, the style of the game makes it feel most at home on the Switch.

At first, Anodyne looks like some kind of homage to the early Legend of Zelda titles. There have certainly been many reviews of the Steam release that indicate that it’s a game purely for Zelda fans. Never trust player reviews, because it does become evident soon enough that there’s so much more to this than it being some kind of clone of Zelda. Yes, superficially, walking off the side of the screen brings you into the next screen, and the map resembles what you’d see in the original Zelda titles, but it’s hard to draw many connections beyond that.

Our protagonist, known as Young, traverses a series of dream worlds. Rather than being able to utilise a number of different items like in a Zelda game, Young has a broom to attack his foes with, and a pair of shoes that allow him to jump. As Young progresses through the game, he also discovers dungeons filled with puzzles and enemies to tackle. It does have elements of a Zelda game, but its in its narrative and storytelling that the game sets itself right apart. 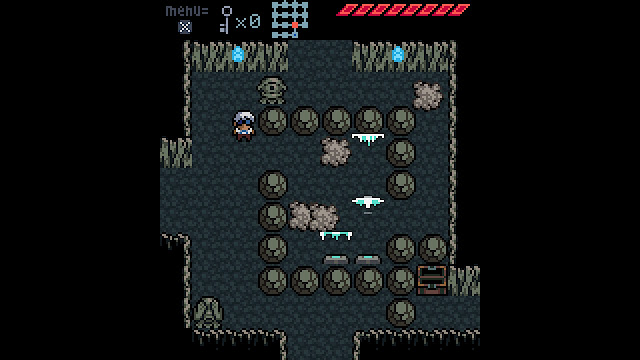 The title of the game, Anodyne, alludes to the brain-numbing drug of the same name. Used to lessen pain by reducing the sensitivity of the nervous system, Anodyne is mostly referred to as a painkiller in this day and age. Young’s experiences in his dream world could be related back to my own experiences of utilising video games as a means of escape from the pains of the real world.

There are sudden shifts in the narrative that cause sudden emotional reactions. Young is tasked as the world’s saviour at the beginning of the game, but at certain points Young performs certain, sudden actions that go against the grain of traditional storytelling. After defeating a beast in a cave for instance, I was able to access a new area. I saw a fisherman in the new area and my immediate thought was to talk to him for guidance on my next task, as I would in any game of this manner. Instead of talking to him, Young pushes him into the water, trapping him in a whirlpool and sending him to his sudden death.

The meaning behind Anodyne as a name in the title is given further depth because of these quick sequences. Is Young recounting real-world events, and using the dreamscape as a means of escaping his problems? I’ve certainly turned to videogames for help in dealing with certain situations in my life such as when I lost two of my family members to cancer in close proximity to each other. I can’t imagine that it would have been easy to convey this through the medium of video games, especially one with so little text and context, but it comes across in spades, well done to the developers. 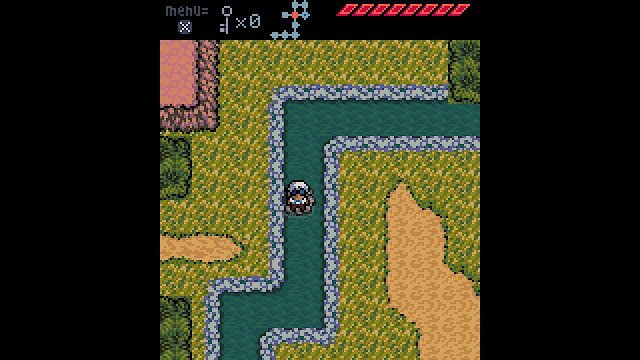 When it comes to gameplay, Anodyne keeps it basic. Armed with a broom, Young can swing in four directions to take out enemies. There were times where I felt as though some additional weaponry or a change-up to combat were needed, and they unfortunately never came. All the way to the final battles, Young is still swinging that broom and it does unfortunately get dull rather quickly. Of course, if you’re invested in the game’s narrative you’ll overlook that, but perhaps this is where some of those unfavourable comparisons to Zelda come from – people who are looking at this as less of a narrative experience and more something to be played.

There is also a card collecting system within Anodyne. It’s fortunately not a card combat mechanic, but there is simply something about cards in video games that instantly turns me off. The infuriating aspect of the cards in Anodyne is that they are tied to progression. Many gates do not open until Young has found enough cards in the various worlds he visits. The cards can be found from bosses and chests. Defeating bosses and gaining a card from them is self-explanatory. It is the constant backtracking in order to find chests that proves to be a chore.

As you play, you’re unable to tell if you’ve collected all the cards in a world unless Young is in the central hub that connects all the worlds together. A single light shining above a portal indicates every chest has been found. Aside from that, you’ll be faced with what feels like hours of backtracking in an attempt to find the one last chest. Every time. It’s worse when that chest is behind another gate, meaning the extra time taken to look for the chest proves to be a waste of time. This approach to progression reminds me of the Nintendo 64 title Jet Force Gemini, which forced players to find over 250 of the collectibles in the world before they could make it to the end. It’s just not a good idea to do this. 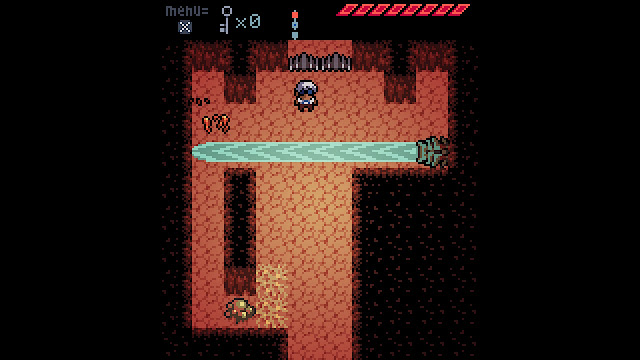 While Anodyne has its share of shortcomings, it more than makes up for it through beautiful dreamscapes and a compelling narrative about a serious and worthwhile topic. For a game that is six years old, it manages to feel like a new, fresh experience on the Nintendo Switch. Despite the dull combat system and the infuriating card collecting mechanic, it manages to tell a fascinating and surprisingly relatable story that should be experienced at least once.

One Piece is going open world, and its opening cinematic looks good