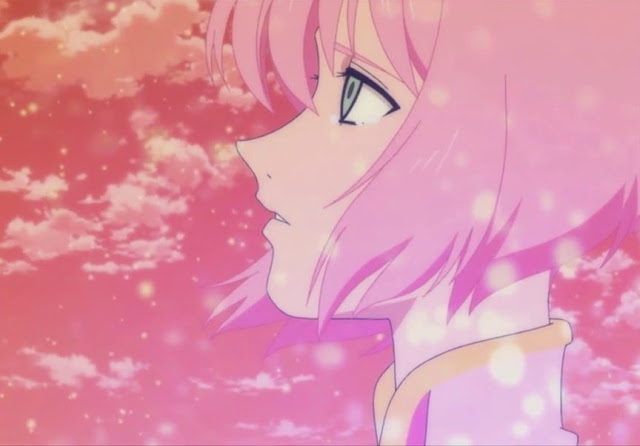 Bandai Namco’s Tales franchise has always been good at telling classical JRPG stories, using classical JRPG tropes. From Tales of Phantasia right back in 1995, though to the most recent, Tales of Berseria, released in 2016, Bandai has never strayed too far from the established path in terms of the series structure, or the base way that it plays. Fans, of course, would have it no other way. Tales of Vesperia, now a decade old, is one of the more fondly remembered in the series, and the “Definitive Edition” is the perfect start for what should be a bumper year of JRPGs.

Related reading: Our review of the newest Tales game, 2016’s Tales of Berseria

The concept of “nakama” is something dear to Japanese fantasy storytellers across both JRPGs and anime. Roughly translated, it means “friend”, but in practice it’s come to mean something deeper than that; it’s more the idea of a close, near insular group of people, and stories that focus on the concept of nakama are stories of that close knit group and their shared experiences – both for good and for ill – across an entire journey.

It’s common in JRPGs. In fact, when a JRPG attempts to subvert the idea of nakama, it tends to stand out, to the point where the relationship structure in the group can alienate players. That was the experience that the director of The Caligula Effect found when he constructed his party of “heroes” to act as the anti-Persona, and directly contrast the concept of nakama, with Persona 3, 4 and 5, being closely focused on the idea of nakama.


Other JRPGs that are good examples of nakama at play include the Stand By Me riff, Final Fantasy XV, the close classmate bonds shared in the Trails of Cold Steel series, and the bonds that the heroes of Valkyria Chronicles form as they plunge deep into war. But of all of these, each entry in the Tales series, one and all, takes this concept of nakama to another level, and Tales of Vesperia is no different.

Key to the development of a sense of nakama within Tales of Vesperia is the little conversations and interactions that the characters have. Frequently, when wandering around towns, dungeons, or fields, a little icon will pop up on screen. Press a button, and the action will be paused as little profiles of the characters pop up, and they share some anecdotes and conversations… most of which are more focused on the group, the histories of each member in the party, and events they’ve recently experienced. The purpose of these little conversations is to demonstrate the deepening understanding and bond that the characters have, but it’s done in an organic, natural, and ultimately believable way. Characters tease one another. At other times they’ll snap someone in the group. Some characters will take longer to fit into the overall group, others look to bond quickly with everyone.

At the end of battles, too, there will usually be a short skit of a few seconds, in which one or two of the characters will have a quick interaction. For example, one sheltered girl learns what a “high-5” is, and following a battle, tries to show a social recluse how to do it, in the most comical fashion. These little skits are so brief that it’s easy to ignore them once you’ve seen them repeated a couple of times, but each is played for maximum laughs, and further pushes the sense of unique relationships and bonds developing within the group. 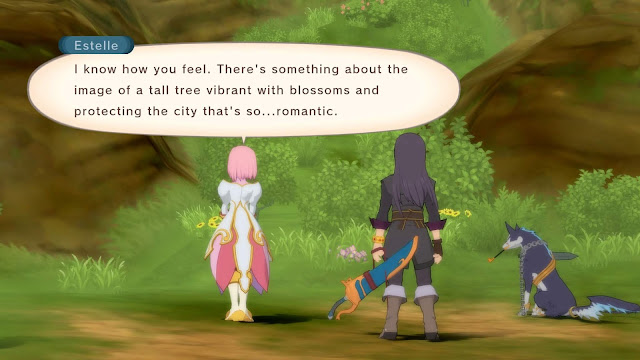 This regular digression away from the main “gameplay” and overarching narrative to indulge in moments of nakama building gives Tales of Vesperia – and the whole series – a unique warmth and brightness that even the darkest moments in the narrative can’t drag down. Bright and colourful anime aesthetics help keep the tone light, of course, but there’s an overwhelming sense of pleasantness that permeates the narrative, too, thanks to those characters. The overarching narrative structure is of a very standard JRPG fare, and the structure and flow of the storytelling will be instantly familiar to anyone who has played more than a few examples of the genre. Your party will follow a trail of breadcrumbs, which will lead them to a town or city, where they’ll need to resolve a single major crisis (often by venturing to a nearby dungeon). Once that crisis has been resolved, the party will be put on a new trail of breadcrumbs, and on to the next city and crisis.

As with all Tales titles, there are grander events at play, and the party gets swept up in political intrigues and escalating conflicts. The key theme to the narrative is one of environmentalism, and specifically, the potential for humans to abuse the resources offered by the world, as well as the need to find a way to live in harmony with it instead. It’s not that different to how many of Studio Ghibli’s films are presented (especially the likes of Princess Mononoke and Nausicaa and the Valley of the Wind), and certainly there are scenes in the game that seem to be directly inspired by scenes of those films.

All of this brought together makes for a game that is very hard to put down. Vesperia’s plot moves fast. Perhaps a little too fast at times, and the game has the pacing and momentum of an earlier era JRPG than the more indulgent narratives that we tend to get today, but that speed means that, like a really good book, you’ll keep turning pages, knowing that something new and exciting is only moments away. 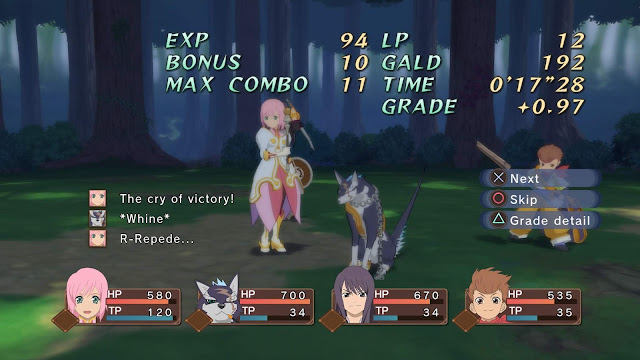 This warm, welcoming approach to storytelling is also why I’ve been able to enjoy the Tales series over such a long period of time, because the combat has never really clicked with me. It’s not that Tales titles are difficult or too complex to enjoy. Quite the opposite. It’s just that I’ve never really found enough in them to really care. It’s blasphemy for me to say this in the eyes of many fans, I know, and one of the reasons that Bandai Namco has never done more than the slightest tweaks to the combat system is because fans enjoy the core mechanics so much, but it is what it is, and Tales’ combat has never really clicked with me.

In Tales of Vesperia, you can take up to four heroes into battle – you’ll directly control one, and the other three will be handled by the AI. Each character has a prescribed role in battle (the magic user, the healer, the melee front-man), and struggles to be particularly effective outside of that role. Each character also has a range of different special abilities and powers – Artes – that you can assign to various button inputs. Combat then involves working with the AI characters and using a mixture of your offensive and defensive abilities to defeat whatever enemies you come across.

In practice, I don’t find the combat to flow particularly well, nor do I find the enemy designs, special attacks and character abilities to be particularly inspiring. It’s not that I find the combat to be aggravating – and lord knows Tales of Vesperia throws enough battles at you (especially in dungeons), that if the combat were bad it would be intolerable – but through much of the game (with the exception of a couple of key boss battles), it’s easy enough to sit back as the ranged mage or the healer, and spam the same set of abilities, in the same order, for battle after battle. The problem with Tales of Vesperia’s combat, is that I never felt inspired to engage with it beyond that. 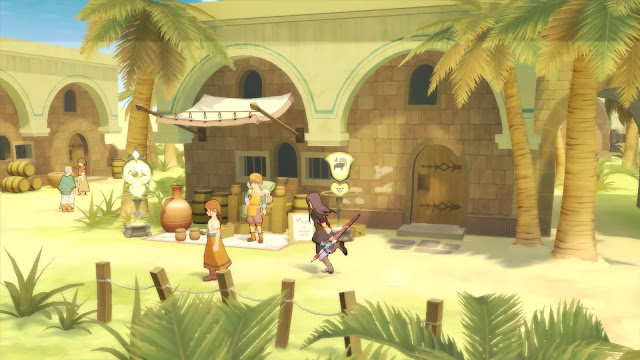 Not that it matters, because I go into a Tales game knowing what to expect from the combat… and, critically, knowing to expect a narrative that’s so good, and characters that are so much fun, that I more than happy to play it anyway. Tales of Vesperia delivers there, and delivers in style. For a ten year old game, nothing about Tales of Vesperia feels like it doesn’t belong today. The Tales series might be one of the most traditional JRPG properties out there, but when the core is this good, innovation isn’t needed.