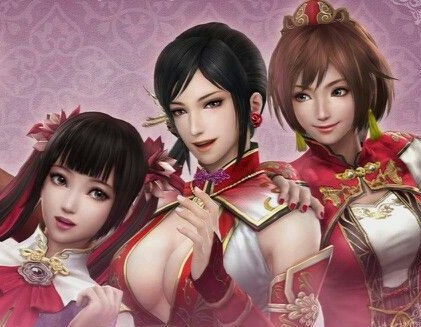 Related reading: Our review of Dynasty Warrior 8: Xtreme Legends that was released on PlayStation 4 as the first PS4 Warriors title

One of the things that has always amused me about the Dynasty Warriors series is how readily people chalk it up as “inaccurate.” It makes sense that they might think that, of course. After all, in the real history of ancient China, you wouldn’t have had people with hula hoops of doom and claw blades running around notching up kill counts in the thousands, and yet that’s exactly what you do with this series. The thing is, though, these games are actually surprisingly authentic to the book, Romance of the Three Kingdoms, that the game is based on.

For those unfamiliar with Romance of the Three Kingdoms, it is a book attributed to Luo Guanzhong that was penned around 1,200 years after the events that it depicts. Beyond the inevitable difficulties in writing up a record of events over a thousand years old, it’s also a historical novel that’s happy to take extreme liberties with history in order to create some exciting drama. The book includes characters of which no historical record exists and were clearly invented by Luo and his collaborators in order to explain events or motivations within the book. According to the book, a beautiful woman called Diochan seduced Lu Bu as part of a plan to have him assassinate a tyrant. It’s a great story that Shakespeare himself would have loved, since Lu Bu was an incredibly powerful fighter… and the adopted son of the tyrant he’s being seduced into killing. The only problem was, historically, Diochan almost certainly didn’t exist. In addition to fabricating certain characters, Luo’s book also takes a completely fanciful approach to the prowess of the various heroes that it depicts. In other words, as far as the book’s concerned, the likes of Lu Bu, Cao Cao, Sun Quan and Liu Bei did indeed personally lead attacks in which they were solely responsible for the decimation of entire units of enemy soldiers, and tacticians such as Zhuge Liang and Sima Yi were elevated in the book to having actually mystical powers. In that context, the Dynasty Warriors series has always been accurate – it’s just accurate to the book, rather than the raw history.

The weapons and character designs too, are authentic, albeit from a symbolic perspective. Traditionally, in Dynasty Warriors, each character has a weapon that is in some way reflective of their historical persona; Cao Ren’s shield, representing his reputation as a defender, for example. Or Gan Ning’s shirtless and tattooed design, representing his background as a pirate. These designs are confused a little since in DW8:XL you can assign any weapon you like to any character, which has the benefits of boosting the player’s tactical and gameplay options at the cost of the authenticity that Koei worked into the game and design, though in cut scenes characters are always presented as their “default.”

Each of the battles also works on this premise of being authentic to the record presented within the book, while often relying on symbolic authenticity in order to make the battles work from a gameplay perspective. There was a lot of conflict through Three Kingdoms era, with numerous small battles each leading to a major, decisive battle, and the way that DW8:XL builds up momentum from one level to the next in order to ensure that the decisive battles feel the most grand and important is impressive. I especially appreciate what the developers did with the Battle of Chibi – or Red Cliffs, if you rather. Flaming ships, desperate defence, and a badly outmatched side outsmarting their opponent… this game represents all of that incredibly dramatic battle beautifully if, again, symbolically.

There really are so many battles in DW8:XL to work through. In addition to full campaigns of a dozen or more battles for each of the standard three “sides” that form the bulk of the conflict: the Wu, Shu and Wei empires, there are also campaigns for the Jin – who would eventually replace the Wei and reunify China at the end of the era – and Lu Bu’s story, which occurs right at the start of the era and is a magnificent story of military might, combat, lust and betrayal. On top of that you’ve got dozens of bonus battles, fantasy battles from which you can earn powerful treasures and animals that will accompany you in battle, and a full-scale secondary mode, called “Ambition”, in which you need to fight in a long string of random battles to build up fame, wealth, and an army in order to build a glorious palace and convince the emperor of China to set up residence in your town.

It will take you a very, very long time to play through all of that, even if you ignore the grind for the best equipment and just focus on the various story modes. Throw in the fact that there are so many different characters to play as, and you’ve got a game that’s not technically endless… but it will certainly feel like it is endless for the longest time. The only thing that lets it down slightly is that because you can assign any weapon to any character, the characters themselves have lost most of their on-field identity. I much prefer the way Samurai Warriors locks each character to a particular weapon and play-style. It’s an incentive to play as each and every character, and each character ends up with their own “feel” and combat persona that way.

Thankfully, away from the battlefield, in cut scenes, or even through the little quips they throw out during battle, most of DW8:XL’s character roster are interesting in their own right. Romance of the Three Kingdoms is most notable for having over 1,000 named personalities, and the expansive roster of Dynasty Warriors tries to give a voice to as many of them as possible. Koei Tecmo has worked hard over the years to make sure that all the characters are sympathetic in some way, too, and that is one area in which the writers have dramatically differed to how Luo Guanzhong saw events. Luo most certainly had his pet heroes and villains. He didn’t like Cao Cao at all, but conversely he was particularly enamored with Zhuge Liang. Koei’s team has worked hard to give you a reason to like even a tyrant like Cao Cao or appreciate the arrogance of Sima Yi, which could not have been easy to do given the material that the writers were working with.

Similarly, Koei has over the years worked very hard to give women a role in the story and battles, where Luo had no interest in women as anything more than plot devices to be discarded the moment they’ve done the motivating thing to allow the men to push the story on. Certainly the battlefields of back then had no role for women as far as we’re aware, so I’ve long been a fan of Koei Tecmo’s efforts to make sure my favourite characters (mostly Sun Shangxiang) can come play too. Dynasty Warriors 8 really was the moment that all of that came to a proper head, and the effort that’s gone into finding interesting women characters for this particular title is noteworthy, and has set the franchise up nicely for the future.

This really is the best Dynasty Warriors ever. #DW8 #DW8XLDE #NintendoSwitch pic.twitter.com/iLqYB6OE4x

Of course, DW8:XL is not a new game. It was originally released in Japan in 2013 on the PlayStation 3 – that’s six full years ago now. The reason there’s so much stuff in the Nintendo Switch port is that it includes every bit of DLC that was released for that base game, from weapons and costumes to battles. As a six year old, previous generation game, it will look primitive to a lot of people. Environments in particular are flat and generally devoid of detail. But the character models themselves do look great, and the age of the game has the benefit of guaranteeing that it runs smoothly on the Nintendo Switch. I can’t count frame rates, and struggle to tell the difference between 30fps and 60fps, but I never noticed any stuttering while I was playing.

Related reading: An interview that we ran with the producer of Dynasty Warriors 8 from back in 2013

The action plays nice and smooth, too. Characters can take up to two different weapons into battle, and swap them on the fly. Each weapon has one of three elements, and because of that you may have an advantage or disadvantage when fighting an enemy leader, depending on the element of their own weapon. It’s a rock-paper-scissors dynamic that is beautiful in its simplicity, and really forces players to make full use of each weapon. You’ll get around in the battles, too, constantly moving as each map has been carefully optimised to ensure that you travel the bulk of it in order to defend key points, attack strategic locations, and hunt down particular leaders.

Really, the only thing I found disappointing with this re-release was the voice acting, which has been locked to English. I really enjoyed having Chinese as an option with Dynasty Warriors 9 – it only makes sense that a game so heavily and clearly Chinese in origin would have people speaking in Chinese. The English actors are terrible, too, though a couple of them are amusing in the utterly kitsch way that they’re delivered. Dynasty Warriors games have been historically notorious for their poor quality voice performances, though, so I suspect that some of the older fans of the series will find this charmingly nostalgic, particularly as both Samurai Warriors 4 and Dynasty Warriors 9 aimed for a high standard of performance. The step back is quaint. 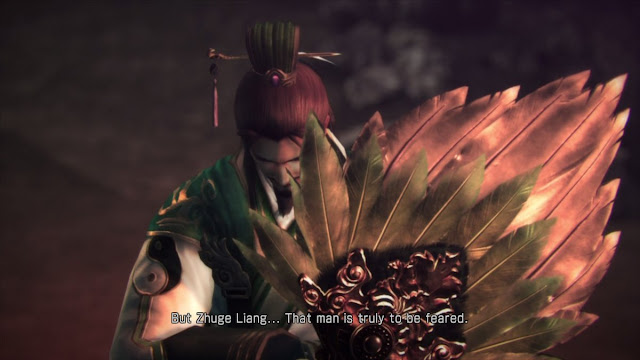 As the first review on DDNet that we’ve published in 2019, it’s truly amazing that it’s such a high quality game. The nature of Dynasty Warriors is that each individual title doesn’t age particularly well. Each game is an exercise in dealing with technical limitations, so with each new console and hardware improvement Koei Tecmo’s developers have been able to do something that’s less limited and closer to that vision that has been driving the series over so many years. However, for now DW8:XL remains the series peak across all of the innumerable Warriors titles that Koei has produced, and having it on a portable for the first time only cements the Nintendo Switch further in my esteem.