Let’s talk about bloat, because Super Smash Bros. Ultimate is perhaps the most clear example of the issue that I have with bloat in video games. As an attempt to give Smash Bros. fans absolutely everything that has been in previous editions of the series, right back to the original on the Nintendo 64, Smash Bros. Ultimate certainly achieves that. It also remains a hugely entertaining fighter with a fundamentally strong gameplay structure. But at the same time, thanks to that sheer density of content, Smash Bros. Ultimate has lost touch with its heritage and purpose, and it very much feels like a game that’s overloaded with content for the sake of having content.

The original Super Smash Bros. on the Nintendo 64 had 12 characters. Its Gamecube sequel, Melee, had 25. In both of those (perfectly adequate, hugely entertaining) games, instant accessibility was absolutely core to the experience. Smash Bros. did away with the complex combo systems that were the basis of almost all other fighting games at the time. In its place characters had a wide range of actions that could be activated with a press of a single button, or two buttons simultaneously. So pressing a button and “down” would have a different effect to pressing the same button and “up.” It was so beautifully simple and elegant that you’d figure it out in just a round or two of play by yourself.

Because there were no complex combos to memorise, and the fighters, while all different to one another, settled safely within that structure, absolutely anyone could pick up Smash Bros. and, without any tutorial or practice, find themselves pulling off visually impressive attacks that were appropriate to their favourite fighter. Jigglypuff would be putting his enemies to sleep. Pikachu would be zapping like crazy. Link had his bombs and bow & arrow, and Samus had her morph ball. There was plenty of room to get very good at those early Smash Bros. titles, of course, but they were also designed purely around party game first and foremost, complete with Mario Kart-like amusing items to pick up, and levels that were more focused around representing Nintendo properties than concepts such as “balance”. People had Street Fighter, Tekken or SoulCalibur for serious competition. Smash Bros. is what you played when you had mates around and a slab of beer or two. 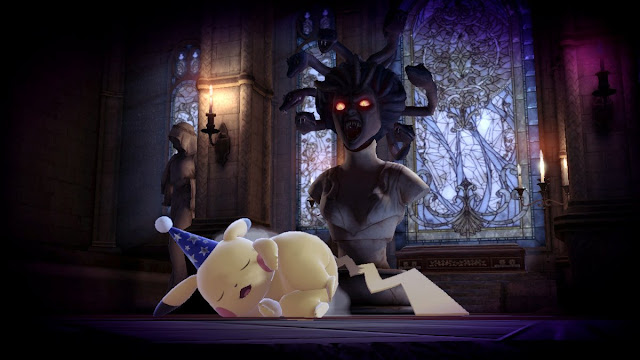 People started playing Smash Bros. seriously, however, and Nintendo took notice. By the time we got to the Wii U/ 3DS edition, the series had started to feel like something more orientated around balance, meta “tiers”, and making checking off the other criteria to enable competitive play. Smash Bros. Ultimate continues that shift. There are many more characters, a richer meta-game, and the newer characters are also introducing new, more complex mechanics that are designed to help “advanced players” shake things up. But this all comes at the expense of accessibility.

Firstly, some of these newer characters that have been introduced over the last couple of games are simply beyond a newcomer’s capabilities. There’s no way a new player can pick up Shulk and intuitively understand how to enjoy using the character. And because there are so many characters to choose between, each with their own quirks that require mastery, Super Smash Bros. Ultimate has a learning curve quite unlike anything that has come before. The absolute glut of choices, both in terms of characters and levels, also means that new players will need to settle down for a long couple of play sessions in order to get comfortable with what’s on offer in the game.

Perhaps in knowing that simply dumping everything on newer players from the outset could come across as overwhelming, Nintendo decided to initially restrict the number of characters you have access to in Ultimate, with only eight of the roster of 74 available from the outset. The other characters can be unlocked by beating them in a one-on-one battle, with those opportunities popping up at random after a certain number of matches, or completing other tasks in-game. I’m not sure this was the ideal solution. New characters do appear fairly frequently, but even still, the typical person will be looking at a couple of solid day’s play just to get the full roster unlocked. And, if you have a particular favourite character that you want to use, you’re going to have to get lucky if you want them in your roster early. 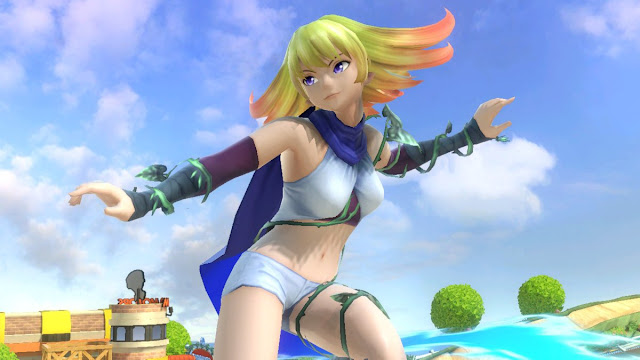 Taken as a party game, I find this approach to be particularly unintuitive. People want to play with their favourite characters, out of the box. Having to wait, potentially, a dozen hours and a solid day’s play (if not longer) for those characters can’t exactly be seen as accessible. Other Nintendo party-friendly titles, including Mario Kart and Mario Party, managed to give players access to the entire roster from the outset, and those are the stronger party games fore it. It feels like Nintendo approached the roster this way to add longevity to the game – making sure that you’re still getting “new stuff” constantly for plenty of time after buying the game, but that goes to my point that Nintendo has allowed this quest for content to supercede the theme and intent of the game – all to appeal to the “hardcore” fans over those that just want to have fun with mates on a Friday evening.

The new single player game is almost painful in its complexity, too. Themed closely after Final Fantasy (right down to the aesthetic of the splash screen), World of Light plays like a blend of JRPG and Smash Bros. As you travel around an over world, you fight battles with other characters, which earns you “helpers” and “stickers” that can be used to improve your character’s statistics and abilities. This system is absolutely filled with randomisation, which, when coupled with the difficulty spikes in some battles, can leave some battles impossibly difficult without going around and grinding out more of these stickers and such.

World of Light is also a bit of misfire in that it was set up to offer a fun little narrative; the opening cutscene is suitably dramatic and stylish, but then that narrative is quickly forgotten to instead focus on the seemingly endless grind of battles. There’s very little effort to give any kind of context to anything that’s going on, leaving World of Light to feel more shallow than it needed to. Thankfully, as a single player game there’s still plenty of value in Super Smash Bros. Ultimate, as the arcade mode has returned, and it’s been improved in one critical area. 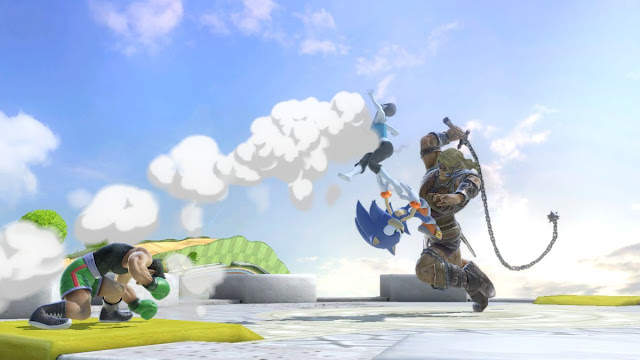 Just as in the earlier Smash Bros., in the arcade mode you fight through eight different stages on your way to a boss. Previously, the final boss was always a giant, disembodied hand. It was a challenging enough battle, but that hand lacked much of a personality, making the final battle anticlimactic. Now, though, characters face boss battles appropriate to that character. The best of these is the new Castlevania characters; Simon and Richter, who square off against Dracula in their final battle. It comes across as a brilliant celebration of the series, while making for an exciting battle in itself.

Without a doubt, the greatest strength behind Smash Bros. Ultimate is the sense that it’s a tour of history and celebration of all the contributions that Nintendo has made to video games, large and small (as well as a couple of bonuses from other non-Nintendo franchises). Beyond the directly controllable fighters, there are dozens of “assist trophies” that can be picked up in the middle of a battle to summon a character to help out in battle. These include characters from some of Nintendo’s most obscure properties (a special shout-out to the Project Zero assist trophy). This makes stages too filled with detail and activity to reliably follow what’s going on at times, but the chaos is a delightful kind nonetheless. This is backed up with the range of levels, that cross the gamut from Nintendo’s earliest (Game & Watch) through to its most recent releases. Coupled with the massive musical track list for every single level, taken from the game that the level is based on, it’s easy to see Smash Bros as a playable museum and shrine to the entire history of Nintendo.

Conversely, it’s a pity that Ultimate has lost the actual museum features that previous Smash Bros. titles have. You used to be able to collect in-game miniatures, each of which had its own little bit of history about it and its relevance to Nintendo. The removal of that feature further reinforces the sense that Nintendo has either lost a sense of what Smash Bros. is – or at least was – or are actively trying to redefine what the series is going forward. 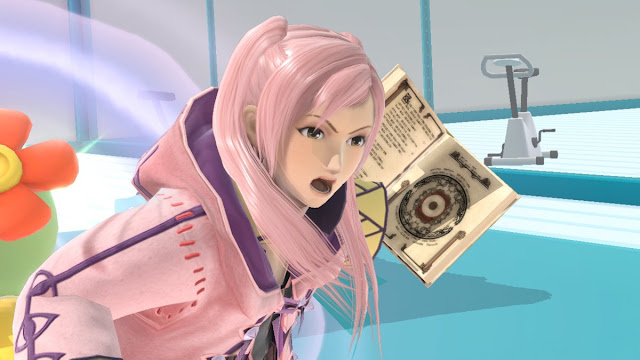 I’ll be really disappointed if Nintendo really is shifting emphasis to turn Smash Bros. into a more “serious” fighting game. It says a lot about Super Smash Bros. Ultimate that the biggest criticism that I have with it is that the intent of this game seems at odds compared with the intent of Smash Bros. entries in the past. This won’t work nearly as well as a party game as some in the Smash Bros. series have in the past, but nonetheless this is a genuinely impressive fighting game with a nearly overwhelming amount of content that’s going to make the more serious Smash Bros. fans very, very happy.