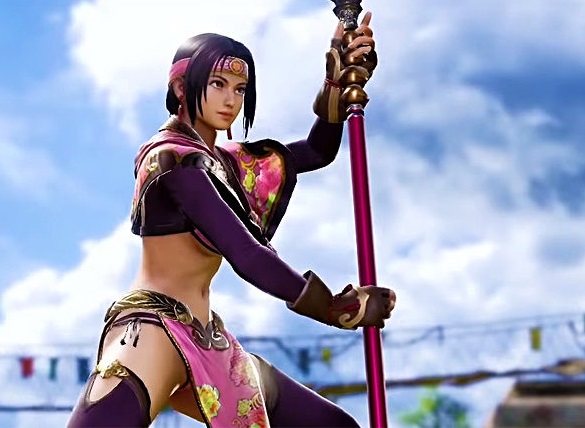 It’s been a long time since my last “new” Soulcalibur title. I was a big fan of Soulcalibur 2 in both the arcades and on my GameCube, and I did enjoy the HD remaster of that on PlayStation 3. Otherwise, though, I’ve largely skipped this series. I’m glad I’m back with it, though, because Soulcalibur VI is golden.

Related reading: Our review of Dead or Alive 5: Last Round – the other most accessible 3D fighter on PlayStation 4

Soulcalibur VI’s greatest strength is just how accessible it is. Fighting games are in a constant struggle to give new players enough that they can step in and enjoy themselves from the start, while providing enough depth and complexity that the game has a shot at becoming a competitive event. I can’t speak to the game’s potential as an esport title, because I’m never going to be good enough at fighting games for that, but what I can say is that anyone, at any skill level, can step into Soulcalibur VI and immediately enjoy themselves.

Part of the reason is, of course, because the game’s mechanics lend themselves to ease of play. Once you get to a certain level you’ll want to start delving into the endless pages of text that describe the more advanced techniques for each character, but simply jumping into the VS. mode and whaling away at the enemy is perfectly satisfying in itself. There’s a flashy super move that’s available to each character that is accessible with the single button press, and basic combos all look stylish and are very easy to pull off.


Also helping Soulcalibur VI’s accessibility is the gameplay modes themselves. There are multiple story mode options, whether you want to play through the narrative with an existing character, or create your own. Each character’s narrative is neatly laid out on a timeline, and when you’re playing as a custom character, you get to move around a map, making decisions to create a branching narrative in which the combat feels very secondary to the storytelling.

That story is incredibly simple. People who have played a Soulcalibur title in the past will immediately recognise that they’re getting more of the same. Right from back with Soulcalibur 2, the basic narratives haven’t changed. But people who have no experience with the series will still find the story of good and evil, of sentient weapons and the temptation of humanity to be just as familiar. These are classic tropes and themes, to the point of being cliches, though thankfully the storytelling itself is of a high standard and saves the cliches from becoming grating.

That simplicity and familiarity makes Soulcalibur VI accessible, where certain other fighting games will have lore so dense and unique that it’s intimidating for new players (BlazBlue), or narratives so wrapped up in the characters that you more-or-less need to have playing along from the series origins to even start to enjoy it (Tekken, Dead or Alive). Soulcalibur VI’s simple, timeless stories, structured around comfortably familiar character types are truly one of its greatest strengths. 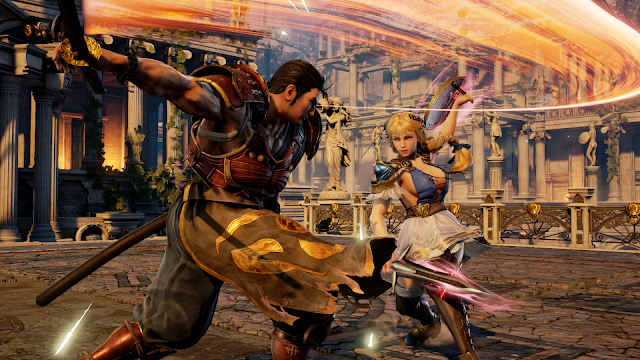 Finally, Soulcalibur VI’s accessibility is helped by the character designs themselves. Specifically, as a weapons-based fighter, it’s possible to know which character you will like from an initial glance. Look at a game like Dead or Alive, it’s obvious the kind of fighter that Bass or Marie Rose is (lumbering wrestler and lithe, quick fighter, respectively), but most of the character designs don’t give away much with regards to how they fight. You can’t know if you’re going to enjoy using Kokoro or Hitomi more, until you’ve spend a few rounds of fighting to get a feel for their respective fighting styles, for example.

The same goes for Tekken, Street Fighter, King of Fighters, and just about every other popular fighting game you can think of. There’s always a few obvious character types, but for the most part, picking a favourite requires an initial time commitment. The weapons of Soulcalibur VI, however, are a very useful guide for a new player just picking the game up. Astaroth and Nightmare’s large weapons make it clear they’re going to be the heavy hitters. Kilik and Seong Mi-na have the thin sticks – they’re the ones that are good at fighting from a distance. Talim and Taki have tiny, short ranged weapons – they’re obviously the fast ones that are good on the dodge. SoulCalibur’s weapons aren’t just a fun a quirky variation on what most fighting games do; they’re also a visual guide and tool for new players that helps the game be that much more accessible.

It helps that Soulcalibur VI is also the kind of game that people fundamentally want to play. It’s a stunningly good looking game, for a start. The environments are nicely detailed and imaginative in themselves, but it’s in the character models that Soulcalibur VI really shines. Each character is meticulously detailed, with an eye on using everything about the design to enhance characterisation. Bandai Namco has also fully indulged the power of the engine at its disposal to make its characters a beautiful bunch (well, except for Astaroth, though I’m sure there’s even some pretty hardcore fan fiction out there for that fella). SoulCalibur’s characters are perhaps not as overtly sexualised as in, say, Dead or Alive, but there’s still plenty of exposed midriffs and camera angles aimed to give players a good view of underboob. The men are pretty gorgeous too. Raphael especially is just so ballroom. 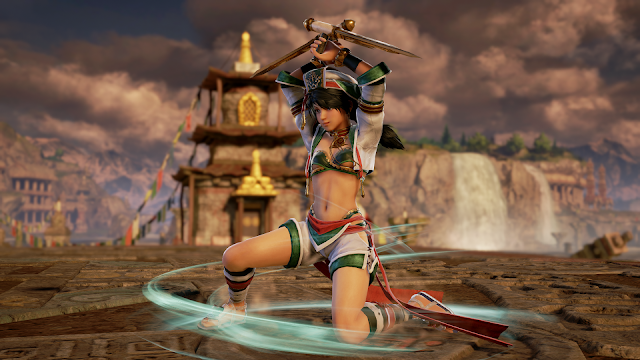 In that sense it’s disappointing that there aren’t more costumes available to the characters – one assumes that there will be some DLC down the track, but even Dead or Alive 5, with its seven or eight $100 DLC season passes, had the good grace to give players a couple of unlockable costumes in the base game. And where’s the photo mode? Given how character-driven and attractive fighting games are, a photo mode should be absolutely mandatory in modern fighting games.

Time will tell what kind of staying power Soulcalibur VI has. I wouldn’t want to make a prediction on where this will fit in overall, because I don’t participate in the competitive fighting game scene. However, while I’ve spent much of this review highlighting how accessible Soulcalibur VI is, I have to emphasise that it does have depth. There are plenty of advanced character techniques and combos, and there’s great incentive to learn them, because they tend to be spectacular. Additionally, there’s plenty of defensive options, between counters, feints, and other deft movements. All of which have a learning curve and require mastery over both the character and timing.

In terms of balance – which is ultimately critical to a fighting game’s competitive aspirations, Soulcalibur VI seems to be fairly solid. There are certainly match-ups that seem to be bad for one character or another, but then most fighting games have that rock-paper-scissors approach to characters of one category having an advantage over another. In playing a lot of local multiplayer in preparation of this review, with people of varying skill levels with fighting games, I don’t see any gravitation to one particular “overpowered” character, and players who were more experienced with fighting games had a clear edge, regardless of which character they were using. Not enough that the other player couldn’t have fun as well, and pull out the occasional win, but enough that experience counted for something. 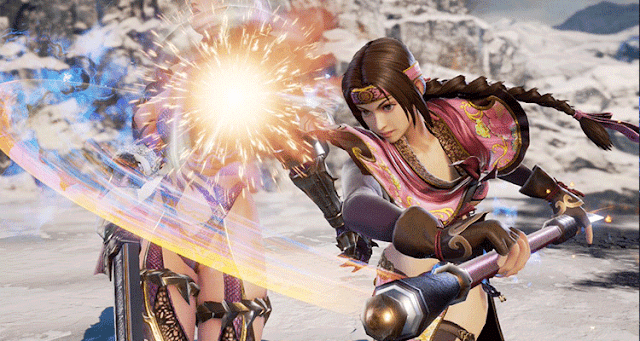 Ultimately, that’s what you want from a fighting game; something that anyone can pick up and enjoy on their terms. Soulcalibur VI offers an enjoyable story for people who want to get into the lore and characters, fanservice for people that like sex appeal in their fighters, as well as a blend of instantly accessible action and a learning curve for people that want to dig further into the mechanics of it all. Because it is so accessible and enjoyable, I suspect that Soulcalibur VI will become one of my most played fighting games, because it’s just that versatile and enjoyable that I’ll just default to it when I’m in the mood for a fighter (or looking to play with someone else).