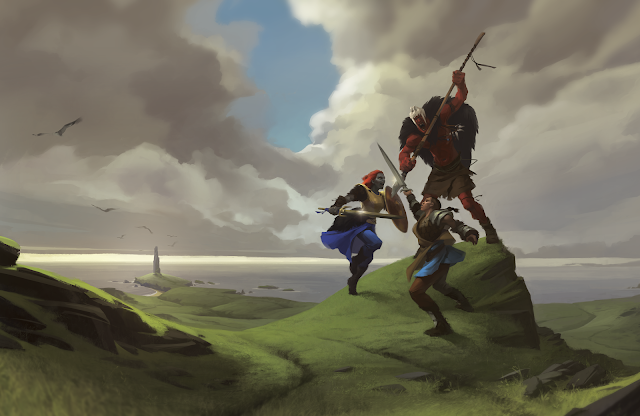 Originally announced back in August, The Waylanders is described as a time-travelling fantasy RPG inspired by games such as Dragon Age and Neverwinter Nights 2. It is one of my much-anticipated titles (despite my terrible fear of time travel), and I’m thrilled to see that it has launched a crowdfunding campaign on Kickstarter.

The Waylanders has a unique feature: it travels in time between two eras, Celtic and Medieval. Choices made in either period can have *cue eerie music* dire consequences in the other. That’s right, the butterfly effect ripples both forwards and backwards in time in The Waylanders.

Combat formations are integral to battle, fusing combatants together are one, more powerful characters. The combat happens in real-time but offers a tactical pause option, as well as character creation and 36 classes (six basic and 30 advanced). Take a gander at this video taking a first look at the game’s combat formations:

Another intriguing feature in The Waylanders is the view: you can play from either a top-down isometric perspective or a third-person perspective, and can switch between either mid-game.

The Waylanders is developed by Gato Salvaje Studio (in Spain, which seems very exotic to a Canadian like myself!) and promises to have high-profile names attached. Mike Laidlaw, former Bioware lead, is a creative consultant; there are also a few high-profile writers attached, but their involvement remains very hush-hush at the moment.

With an estimated release date in the first quarter of 2020, there’s a long way to go before we actually get to lay our hands on The Waylanders, its unique dual-timed narrative, and hopefully impressive combat system. Until then, consider backing the game on Kickstarter!