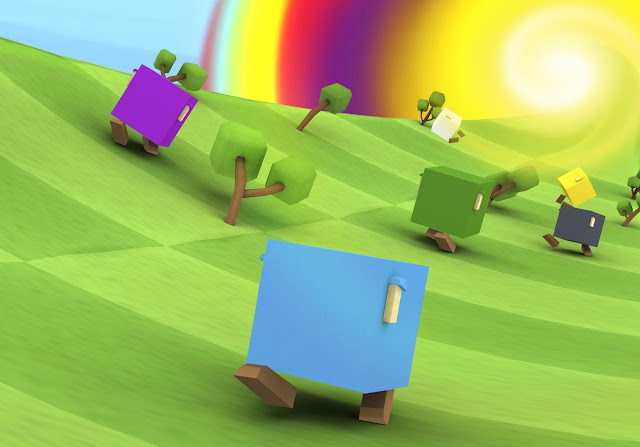 Tetra’s Escape isn’t inspiring. It looks like a student coding project, if that student forgot to get an artist to replace the stand-in graphics that they used while building the game. One of the main selling points of the game is that it’s an easy platinum trophy, and it’s never a good sign if people are going to buy the game for that. And yet, under its hideously functional sense of aesthetics, there’s something charming about this little puzzler, and that’s because its puzzles and concept aren’t all that bad at all.

In Tetra’s Escape you need to lead a little blocky cube across a level to a swirling vortex that looks like someone drank every colour paint in the universe and then vomited it out all at once. That little blocky cube is quite useless on its own. All it can do is clamber up small “steps” in the environment. It has no ability to jump, or do anything but walk. To help the little blocky cube along in its quest are other blocky cubes, only this time with a particular ability; each other blocky cube can turn into one of the Tetris shapes. Then, by arranging those blocks in the right way, the original blocky cube can navigate through the level, pick up three stars (and an additional trophy that appears after) and complete the level.

That’s everything that Tetra’s Escape offers. It’s a remarkably simple concept, which is why it’s so impressive that across its levels (each a minute or so long), there’s a good sense of variety between them. Sure, the game itself won’t last you long (you’ll have that platinum within an afternoon, and that’s if you go about it leisurely and set stuck on a few puzzles), but as long as you’re playing, each level is distinctive, and are structured genuinely interestingly.


On more than a few levels I needed to replay the level because the trophy pickup, which appears after collecting the three stars, had been locked off in my first attempt. I needed to replay the level and think about it in a different way in order to get that trophy. Admittedly that system is structured in an aggravating way – once you’ve turned a blocky dude into a Tetris shape, there’s no way to turn them back, so if you make a mistake or discover that the trophy will appear in a spot you’ve locked yourself out of, the only way to make amends is to restart the level.

Now I understand why the developer did this. It forces players to think about where to build the blocks and how to get around the level. If you were able to reverse blocks and reposition them there would be no need to think at all and you’d be able to trial-and-error your way through every level. But it’s an explicitly arbitrary way of doing it, and it shows the limitations of the developer’s ability to come up with truly impressive puzzle design.

Consider something like Toad Treasure Tracker or the Pushmo series. In so many ways both are similar to Tetra’s Escape; your main character is incredibly limited in his abilities and most of the puzzles involve manipulating the environment so you can move around it while your character’s mobility is constrained. But in both those examples, you’re able to reverse changes you make to the environment, without the game becoming broken and/or not taxing enough as a puzzle game. Tetra’s Escape has some delightfully designed levels, but really struggles on the execution. 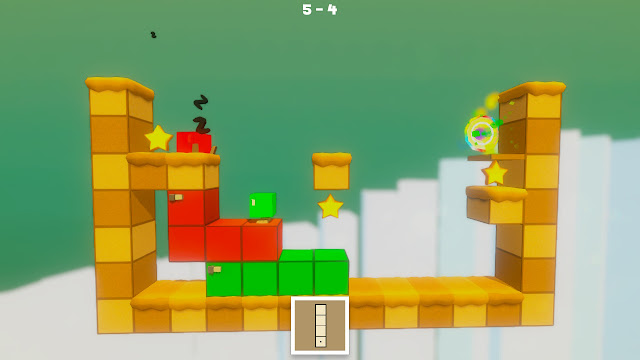 Still, for such a cheap little game I had plenty of fun with it, and blew through it well before I got bored with it. When looking at the PlayStation Network, anything that’s released for less than $Aus10 is a red flag these days, as Sony’s idea of quality control has gone badly haywire. I’m glad to say I can actually recommend Tetra’s Escape. It’s by no means essential, but it’s enjoyable enough to be a bit of time-killing fun.

Master the dungeons of Hyakki Castle, coming to Western consoles this month