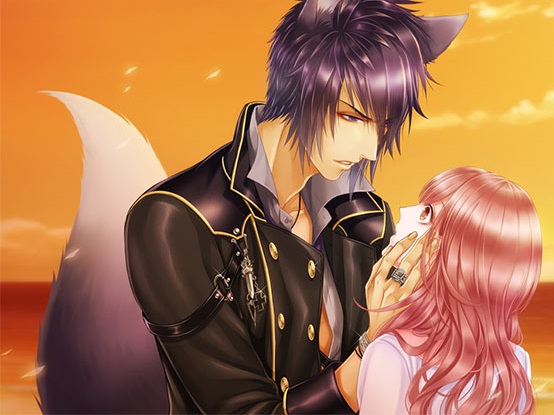 This is going to be a short review, because Ayakashi Koi Gikyoku is effectively unplayable. “How might a visual novel be unplayable?” I hear you ask. Well, consider the very first couple of lines from the prologue:

When the stars and the moon appeared in the sky. Contrary to this brightness, it was just too dark to see anything on the other side of the stairs in the basement. 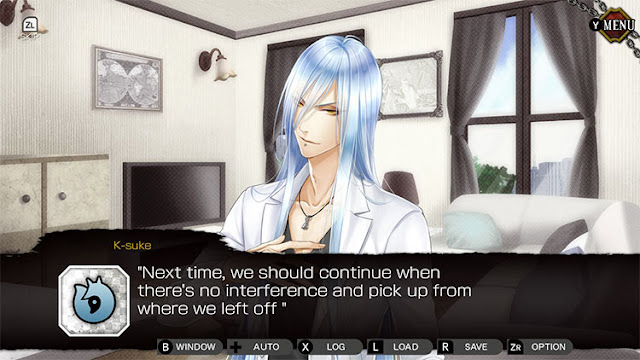 That is broken English. It doesn’t get better from there. It vaguely makes sense if you concentrate really, really hard, but sentence structure, tense and grammar are all over the place, and it doesn’t make for a pleasant reading experience at all. Given that a visual novel should be about the reading experience, that makes Ayakashi Koi Gikyoku a complete failure, right from the very first line.

This is, according to the summary, an otome dating game, where you follow the story of a beautiful young woman as she’s courted by a bunch of strapping men. In this instance, they’re fox-eared rock musicians. Otome games can be truly brilliant, because they tend to be focused on providing players with wonderful, richly-realised characters, which isn’t spun around sex being the ultimate payoff (which tends to be the focus of standard dating visual novels).

But because the translation is so poor in Ayakashi Koi Gikyoku, it’s impossible to get a sense of these characters. Even if you’re prepared to put the concentration in to interpret every word of the broken translation, characters are still left with no substantial characterisation which helps to set them apart and turn them into unique and interesting individuals. 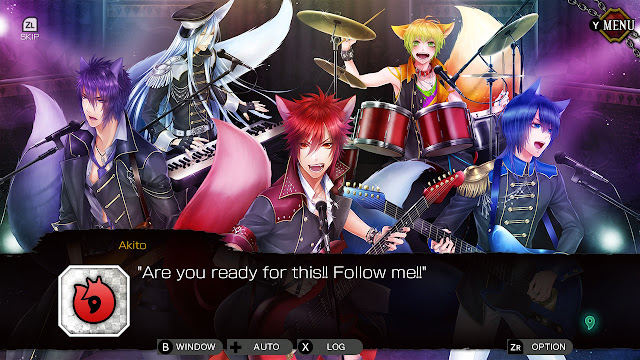 It’s a pity, because the game does appear like it could have been a good one. The effort that has gone into the art suggests that it’s a cut above some of the other visual novels on the Nintendo Switch, and the premise itself seems appealing. In an odd way the game gets the benefit of the doubt because the translation is that bad that we have to assume that it’s something great in its native language (and indeed there is an option to play in Japanese if you’d like to). But that doesn’t help the people who have been suckered into buying a visual novel they thought would be playable in English.

If you’re going to release a visual novel in English, make sure the translation is of a passable standard. It’s as simple as that. Otherwise leave it on the Japanese eShop for those who are happy to “import” and play the Japanese/ broken English version.