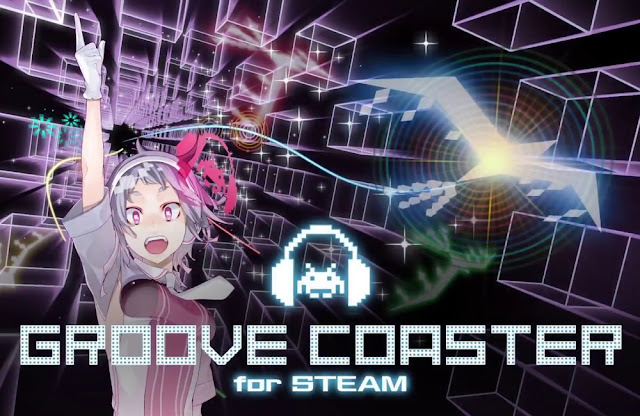 Groove Coaster is technically a rhythm game, but it seems a disservice to reduce it to something so utilitarian. It’s a psychedelic audio-visual experience that’s more about feeling the music, with the “game” just a means of bringing that to life. To play Groove Coaster is to put yourself into trance, where it feels like the game is playing you rather than the other way round.

To be fair, that kind of effect isn’t unusual in rhythm games. Most require you to “play by feel” to some extent if you want to pass their more challenging stages, and I can remember getting into a sort of trance-like state even back in the early Dance Dance Revolution days.

Related reading: Thumper is similarly overwhelming, though its aggressive imagery and hardcore music (deliberately) make it a much more terrifying experience. Read my review.

But in most games, that’s a sort of side effect from the hardest, fastest tracks, while Groove Coaster makes that the core of the experience, no matter what difficulty you’re playing on. The visual effects, the music choices, and the beat maps all come together to overwhelm the senses and take you on a kaleidoscopic trip. Whether you’re playing the easiest track or the hardest, it’s a game about feeling the music.


The core of Groove Coaster is a rhythm game like any other: press buttons in time to the music, in accordance with markers (or notes) on the screen. Rather than sliding up or down the screen in a uniform fashion, though, Groove Coaster’s notes appear along a track that twists and turns along with the music—hence “Coaster“.

That’s where Groove Coaster starts to have its effect. Even before you get to the note markers, the track itself is a visualisation of the music: sharp, jagged zigzags through those intense bursts of percussion; smooth loops and curves as you cruise through the breakdowns. The course paints abstract patterns on the screen along with the music, like a more refined, curated version of those old WinAmp visualisers. Then you’ve got all the bright colours that serve as a background to the coaster track itself, pulsing and flashing with the beat. Likewise, successfully hitting a note is usually met with a splash of light and colour, adding to the psychedelica of it all.

Even before you get to the music, Groove Coaster is a trip, but the track list takes that to another level. Tracks range from (relatively) mellow trance to hardcore to pop- and metal-infused hybrid techno to remixes of music from other Taito games, but electronic dance music is the consistent theme across the whole list. And even as someone who doesn’t generally like EDM, I love the music in Groove Coaster precisely because of how it contributes to that trippy feel of it all. 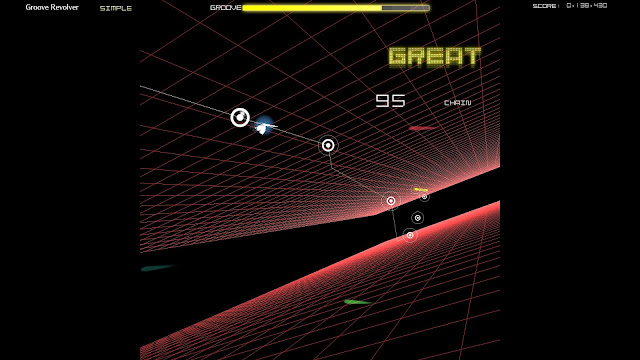 It’s music that naturally fits with the kaleidoscopic visuals to turn the game into a sensory wonderland. It’s music to lose yourself in. Hook your computer up to the biggest screen possible and let the lights and the colours overwhelm you; put on some good headphones, turn the volume up, and feel the rhythm and the beat and the noise run through you. That’s Groove Coaster at its best.

That’s also the key to doing well at the game underneath all those effects. Even on the easiest difficulties, playing by “feel” is the best way to get those high scores; the note markers are a cue as to what buttons to press or hold, but getting lost in the music is how you nail the timing.

On harder difficulties, that’s the only hope you have of even finishing a song. Groove Coaster gets hard, with plenty of high-speed button tapping and note markers that appear too quickly to react to by anything other than instinct. You don’t have time to think; you just have to let the music take the reins and hold on for the ride. 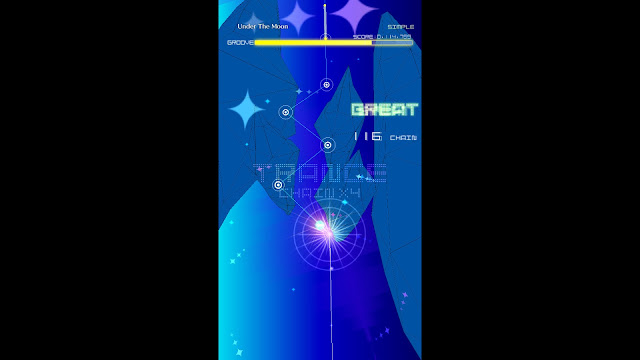 That feeds into one of Groove Coaster’s more unique systems: Ad-Libs. Each track has a handful of hidden note markers that give you a big score bonus if you hit them. How do you know where those marks are if they’re hidden? You press a button when you “feel” like you should, and often enough, you’ll hit one. There’s no penalty for missing an Ad-Lib or hitting a blank space where there isn’t one, so it’s really up to you how much you engage with this system, but it’s a clever way of underscoring this whole idea of feeling the music.

Admittedly, part of Groove Coaster’s difficulty comes from note markers getting lost in the visual effects or timing getting obscured by the loops and bends in the track. Were Groove Coaster a typical rhythm game, that’d be frustrating—unclear UI and poor feedback are personal bugbears of mine, especially in rhythm games that demand so much precision. But playing through these digital acid trips, I couldn’t care less if I missed a note for reasons outside my control; I was too absorbed in each moment.

Beyond the game itself, Groove Coaster offers up a few bells and whistles. There’s a vast array of different avatars that you can unlock by spending “Groove Coins” earned through play, including characters from other Taito games, animals, and whatnot. A few extra tracks are also available for purchase with GC, though most will presumably come through a DLC pipeline. There are also leaderboards and a ridiculous 368 achievements to earn, for those who care about such things. 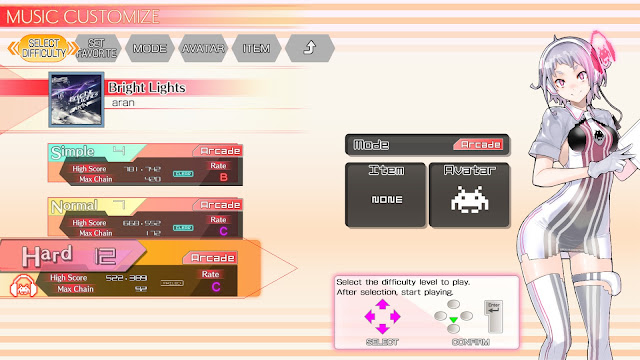 But Groove Coaster, to me, isn’t a game about precision and perfection, like most rhythm games. It’s a game about letting your senses get overwhelmed, and enjoying the music through sight and touch as much as by hearing it; the “game” is just one means of bringing that about. More than anything else, Groove Coaster is a game about losing yourself in the music, and that’s something it achieves perfectly.